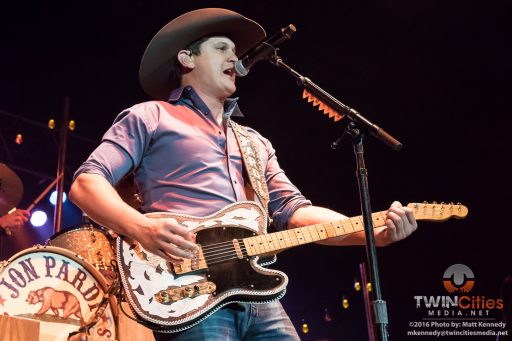 “There’s a growing audience for throwback,” Pardi says. “People want to hear somebody who really enjoyed the ‘90s country music era and brings that to 2016 country. A lot of this record is bringing an old-school flare back to a mainstream sound, but that gives me my own lane.”

Pardi established that lane with his 2014 debut, Write You a Song, a rough-and-rowdy project that made him familiar to the suddenly-hip country crowd, thanks to his Top 10 party song “Up All Night.” The music oozed with youthful brashness and longneck longing, and Pardi drew a raucous following, increasingly selling out 1,000-2,000 ticket clubs, sometimes outperforming higher-profile country acts playing across town the same night.

“I’ve been hitting the road steady for four years,” he says. “I’ve learned more about what the radio stations want, and I’ve learned what the fans want. It’s a whole different perspective on your second record, and I kind of took that perspective and put it into the 30-year-old me that loves recording music and loves writing.”

The result is a creative step forward. It’s not a left turn, necessarily, but there’s a clearer focus to

Pardi’s vocal performances and a smart brew of sexy romance, western fashion and all-American work ethic that permeates California Sunrise. “Head Over Boots,” his ultra-melodic two-steppin’ radio hit, hints at the attitude with its playful proclamations and Texas dancehall influence. But there’s plenty more throughout the project: ragged barroom rhythms in the opening “Out Of Style,” Strait-like overtones on the ballad “She Ain’t In It,” a Motown cowboy romp in “Heartache On The Dance Floor” and a breezy, Eagle-esque country/rock closure with the title track. As invested as he is in throwback appreciation, Pardi is clearly not a one-dimensional dude.

No tickets are available from the box office at this time. Hopefully you already have tickets for this show because it will be fantastic.