I had a chance to catch New York metalcore rockers Sylar at Northern Invasion a couple of weeks ago. I would be lying if I said I wasn’t nervous. I’ve talked to musicians before at shows but that’s typically just casually talks at the bar or merch table. This was the first time I had a audio recorder in hand and had actual questions to ask. Even though I was nervous, Sylar was more than inviting and within the first exchange with singer Jayden Panesso and guitarist/ vocalist Miguel Cardona, I felt comfortable and was ready to ask them all the questions I could think of. 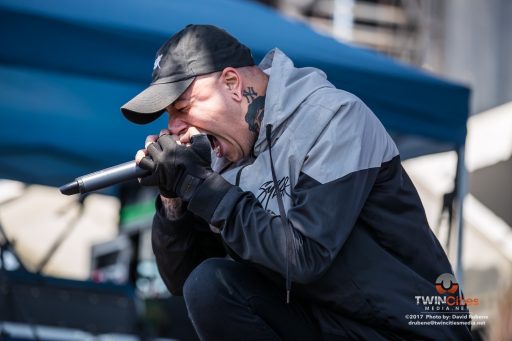 I started the interview with the obvious praise about this hardworking band. My obsession with this band started a couple of months ago when I caught them opening for The Plot In You and it seems like they have been touring ever since. When I caught up with them not only were they playing Northern Invasion but then they were off to Rock on the Range in Ohio (headlined by Metallica) and then off to the U.K. for some festival dates. If that wasn’t enough, when they get back from the U.K., they are headed straight for the grind that is Warped Tour across the country. When asked if they would rather play festivals than just your average Monday night concert, the answer was a quick yes. These boys truly seem to love the exposure that big festivals get them and they love to meet so many different kinds of people at said festivals. 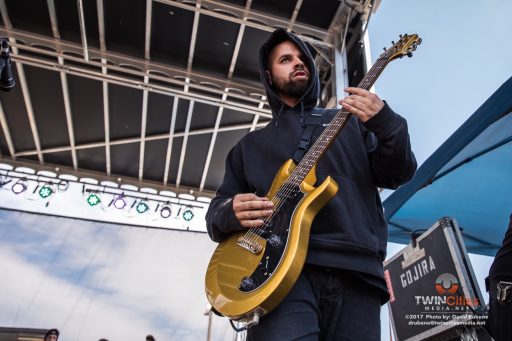 As the interview went on, I asked them a bit more about how they started and what they’ve done to get to where they are today. It was clear that these guys have been on the grind every since they became a band back in 2013. They started with the weekend tours, pay to play shows, and all of the other dues smaller bands pay to get to a national spotlight. Jayden and Miguel seemed super proud of the fact that, even though the grind was paying off, there’s no end in sight to the grind. As someone who is friends with many smaller local bands, I know the grind is hard and there have been far too many high quality bands who can’t handle the stress and just stop when it gets to be too much. Sylar is one of the few bands that never seemed to have it easy but also never gave up and that’s what has gotten them to where they are today. To say these guys are grateful for everything would be an understatement and it was clear how much they truly cared while talking to them. 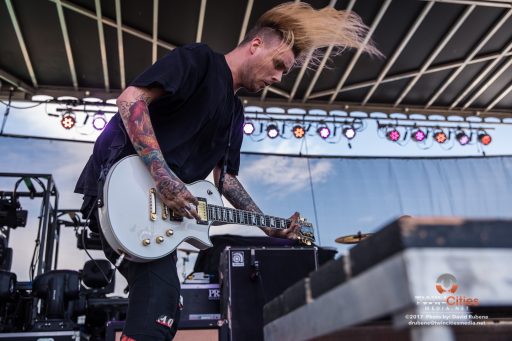 After talking a bit more about their past and their future plans (which includes a super secret awesome tour announcement for after Warped Tour so stayed tuned), it was time for me to go into my quirky questions. When I decided to do this first “official” interview, I decided I was going to do it my way. Sure, talking about recording and touring is great but that’s what everyone asks these guys. I wanted to grill these guys on things that I would want to know as a fan.

“If you robbed a bank, what’s your getaway song?”– Almost instantly I got the answer of “Nookie” by Limp Bizkit and within seconds of that answer, they broke into song and started singing it for me. They then told me that that songs only works if it’s a successful getaway. “It’s a good vibe, you know? Like, I just robbed this bank for the Nookie.” They laughed. They both had to stop and let me know how great of a question that one was and that’s when I knew I was onto something with these quirky questions.

“Best gas station food?”– Miguel answers hesitantly with taquitos. Jayden jumped in to agree with Miguel because they were filling but then admitted to having to quit taquitos because of the inevitable heartburn that comes with them. Jayden seemed to be more of a fan of the fried sections at gas stations where they have those potato wedges and fried chicken. “When you’re hitting those, you’re hitting the goldmine.” Even with all the joking about the fried food at gas stations, Jayden admitted that they are a pretty healthy band and will typically go for the tuna sandwiches or salads. Can you blame them though?

“Any pre-show rituals that are freaky, weird or out of the norm?”– I was a little bit disappointed when the boys quickly shot back with “They aren’t freak or weird…” but was intrigued when he continued to say “but they are a bit unorthodox considering the scene we’re in.” Sylar has a truly powerful live show that is full of energy and when they said that they like to blast a little hip-hop and have a small drink, it fit. They reiterated the fact that none of them ever get drunk before a show, they just like to celebrate where they are and remember where they came from. When a band works that hard, I think they deserve a little pre-show liquor.

The interview went on as I asked them about their tour horror stories where I heard about their robbery in Montreal when they stopped for ten minutes during the day for some warmth because of the broken heater on the van. They had no service on their cell phones, they were freezing, it was Thanksgiving, and they came back to find their van broken into and all of their cash stolen. This could have been a game-ending event for many bands but not for these guys. They picked up the pieces and kept going. 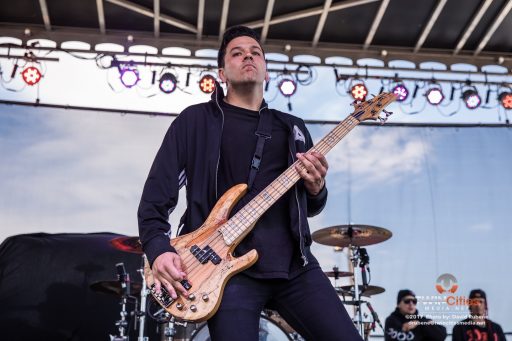 I wrapped up the interview asking about their Netflix binges. Jayden instantly brought up his “Lost” binge from a couple of years ago and then went onto say that he was currently watching “13 Reasons Why”. Miguel’s binge included more of the classic’s like “That 70’s Show” and “The Office” (which Jayden chimed in to add that “The Office is the best show in the world.” and I couldn’t help but to agree). But Miguel also admitted to a little “Planet Earth” action. 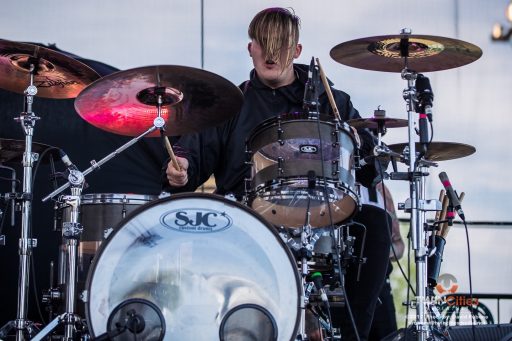 As I thanked them for their time and gave them goodbye hugs, Miguel said he was “very impressed with my first interview.” It warmed my heart and I was so nervous from getting it done that I couldn’t spit out the phrase “It was only good because you guys were so easy to talk to!” so now’s my chance to say that. To Miguel and Jayden- Thank you for making my first interview painless and fun.

A week later I caught Sylar live at Rock on the Range out in Ohio and couldn’t help but smile a little bit as I thought back to Miguel and Jayden singing “Nookie” for me. If you like heavy, passion filled music, please go check out Sylar. As mentioned, they are constantly touring and will be back in the Twin Cities for Warped Tour out in Shakopee. Make sure you check out their set. They will not let you down!

1349 Bestow Extreme Darkness on The Turf Club with UADA, Cloak, and Pulchra Morte

Nothing tops off a weekend more than a full force plunge into the depths of Black Metal. When a hard driving line-up headlined by Norway’s 1349 including US-based UADA and Cloak along with Pulchra Morte, […]

Epic Performance by Tony Bennett at the State Theatre

On Thursday evening attendees were whisked into the past at the State Theatre. The night began promptly at 7:30 p.m. with no delays, and a four piece ensemble consisting of a Steinway & Sons piano, […]

PREVIEW: Country Rock For A Cause Benefit Festival – That’s My Uncle and The Farmer’s Daughters