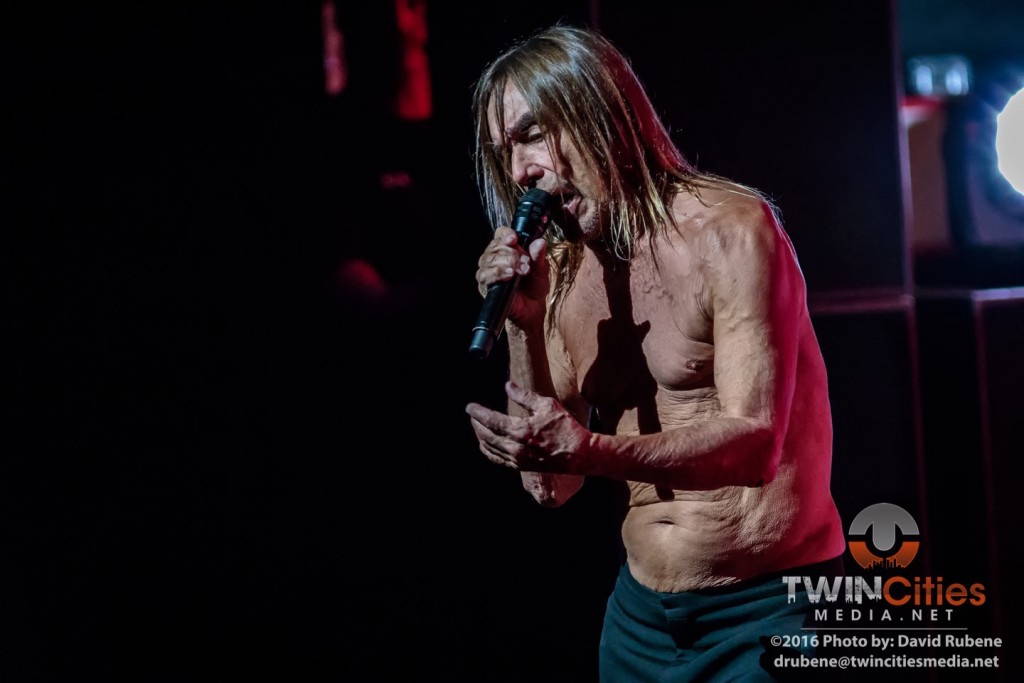 The night opened with Noveller taking the stage as she performed an interesting array of music and effects from her guitar. Her music had a lulling effect, however the crowd never broke their attention on the performer, Sarah Lipstate. 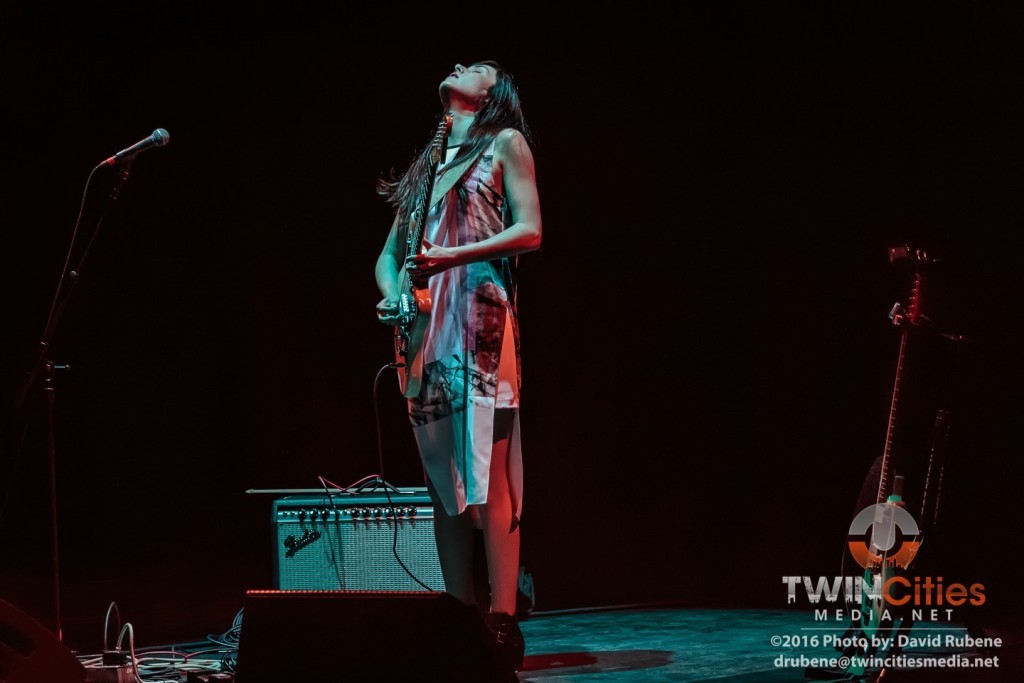 After a short break, with final preparations being completed behind the big red curtain, the crowd found their seats. It was time time Iggy Pop to hit the stage. As that red curtain lifted and I got my first glimpse of Iggy Pop, I was immediately pulled into him, maybe it was “Lust For Life” or the follow-on “Sister Midnight”. Whatever it was, the chemistry between Iggy and the crowd was great to see and especially be part of.

On stage, the band all wore red suits blazers while Iggy was in a black blazer though missing the tie and button-up shirt. He was going back and forth on stage a lot of the time, interacting with Josh Homme, who was standing with his guitar on his left side as his band leader. I’m a very familiar with Queens of the Stone Age, so when I heard Iggy was working on an album with Josh Homme, I was pretty excited to listen. It was huge for me to see Iggy live, but the fact that he created a super band on top of that made the night even better.

The performance was Class-A and musically solid. I liked the fact that every now and then he would lead to the introduction of the song. Everyone would sit silent to hear what he would say keeping the attention focused on him waiting for the next intro to begin. The night was filled with great music and poetic lyrics, and at 68, Iggy admirably still owns the stage better than artists half his age.

21 Savage’s show at the Myth was full of energy, passion, and power. The rapper captured the audience and bestowed upon them some of these emotions. Seldom was there a dull moment at this […]

At times it seems that everything around us is only adding to the divide we are undergoing as a country. Even events that normally would get the entire country to come together are politicized one […]