Hinder rolls their Lucky 7 Tour into the Fine Line Music Café in Minneapolis on Wednesday, August 7th. The band is touring as they prepare to release their new studio album later this year. They had this to say about their upcoming album, “We’re excited about releasing the next album, but in a different way than usual. We’ve never had the opportunity before to completely control every aspect of the creative process until now. We’ve worked really hard to get to this point and we can’t wait to share the outcome with our fans!”

Opening bands will include special guests, Royal Bliss, plus Hammer Down Hard, and Strange Daze. The 18+ show is presented by 93X and doors open at 7pm with show starting at 7:30pm. Tickets are just $18 and you can purchase them HERE.

Multi-platinum American rockers, HINDER, continue to drive a career of longevity that few bands achieve. Their stats resonate just that, selling over 4 million albums and 10 million singles, garnering north of 150 million video views, and passing the 100 million streams mark. Throw on top the endless energy HINDER has brought to over 15 headlining tours and you can see why they are still rocking long since their formation in 2001.

August 11 of 2017 brought another career highlight: the release of their 6th Studio album, coincidently titled THE REIGN, on The End Records/BMG. This would be their 3rd release with the New York-based record label, preceded by HINDER’s first ever acoustic EP STRIPPED on May 13, 2016. Their 5th full-length studio album When The Smoke Clears entered the Billboard 200 while also claiming four other Top 10 chart positions upon its May 12, 2015 release.

As one of the few rock bands to grab massive cross-over success, HINDER’s 2005 debut album, Extreme Behavior, climbed to #6 on the Billboard 200 chart and was the 2nd Top Rock Album. “Get Stoned” would be the album’s first radio single, climbing to a #4 mainstream rock spot. What followed would end up being one of the biggest songs of the year, “Lips of an Angel”, which peaked within the top 10 across several Billboard singles charts, including #1 at Top 40 and Pop 100. Extreme Behavior has since been certified 3x Platinum. Their hometown inducted them into the Oklahoma Music Hall of Fame in 2007.

In 2008 their sophomore effort, Take It To The Limit, surpassed their debut by peaking at #4 on the Billboard 200 and hitting the Mainstream Rock chart at #3 with single “Use Me”. This solidified HINDER as the biggest new breakout rock act and catapulted them into packed arenas worldwide with the likes of Aerosmith, Mötley Crüe, Nickelback, 3 Doors Down, Papa Roach, and many others. HINDER proved to be a consistent record hit maker by following up with a #1 Top Modern Rock/Alternative Album, All American Nightmare (LP 3), and a #3 Top Hard Rock Album, Welcome To The Freakshow (LP 5).

Hailing from Salt Lake City, Utah, Royal Bliss has been making their mark for years with a consistent work ethic of writing, recording, and touring that have helped build the success of the band. Their wide variety of influences from Led Zeppelin to Johnny Cash mold the sound that is uniquely theirs and cannot be denied. Their music speaks to the common man, tells a story and rocks out with a good party crowd, all the while being delivered by the inimitable deep and raspy voice of front man, Neal Middleton.

Royal Bliss signed with Capitol Records in 2009 and saw the debut album Life In-Between chart on the Billboard Top 200 and hit #1 in Billboard Heatseekers. In 2012 the independently released Waiting Out The Storm reached #9 on the iTunes Rock Chart, hit #2 in Billboard Heatseekers and produced the fan favorite “Crazy”. In 2014, Chasing The Sun was recorded and released again on their own label, Air Castle Records, with distribution through Universal (INgrooves) Music Group. On the Chasing The Sun album, the alternative roots of the band shined on the album’s single “Cry Sister” that climbed the Active Rock chart to (#31) and was Royal Bliss’ 6th Single to crack the top 50 on Active Rock radio.

Royal Bliss came back in 2018 with a vengeance. They released “Devil with Angel Eyes,” which made it into the Top 50 on Mediabase and BDS charts, with its music video quickly hitting 1 million views and leading to a headlining a tour across the United States. 2019 looks to be a big year for Royal Bliss as their latest single, “Hard and Loud,” charted in the top 40 Active Rock Chart, and they released a new, self-titled album on April 19.

They have headlined many US tours, and toured with acts such as Kid Rock, Lynyrd Skynyrd, Buckcherry, and have grown into seasoned and dynamic live performers with a solid fan base across the country. “We have always done our own thing by singing songs about things that are real and that are happening to us in the current state of the world,” says Middleton.

Says Henderson of Strange Daze: “They’re a refreshing band! Love the vibe and the songwriting. Scott’s vocals are very powerful.” Capps concurs, adding, “Strange Daze was a pleasant surprise in the studio! It’s been a while since I’ve come across a band that has such a tight grip on straightforward rock music. Lyrically and musically, they do not try to over complicate the listener. They are a truly talented band and prove it live every time they hit the stage.”
The album has a crisp and punchy production aesthetic, highlighting the group’s expansive dynamic range. “The biggest thing I loved about the producers is that they gave their opinion, but they never forced their hand on who we are. They just made our music come alive,” Strange Daze guitarist/vocalist Eric Moudry says. Kirk Kelsey, best known for co-producing/engineering landmark albums for Creed and 3 Doors Down, stokes the album’s burning potency with his richly dimensional mix engineering.

Strange Daze has gigged extensively throughout Minnesota and the Midwest, averaging 100-plus shows a year and selling out of its first two CDs, exceeding 10,000 in sales with no label involvement or formal distribution outlet. The quartet reached #9 on CMJ’s Top 200, beating out superstar artists like No Doubt and OutKast. Additionally, Strange Daze has charted on 30-plus stations. The band has been played on more than 250 stations nationwide and several stations across Europe. Strange Daze has shared the stage or toured with such acts as Aerosmith, 3 Doors Down, The Winery Dogs, Cheap Trick, King’s X, Live, Pop Evil, Hinder, Fuel, Black Stone Cherry, Saliva, Trapt, The Pretty Reckless, Eve To Adam, Tantric, Saving Abel, Days Of The New, Lita Ford, Tesla, Warrant, L.A. Guns, Faster Pussycat, .38 Special, Jackyl, Enuff z Nuff, Hairball and more. In addition to Moudry, who also serves as the band’s primary songwriter, Strange Daze includes Scott Knudson (vocals/co-lyricist), Derrick “Pixx” Russell (bass/vocals), and Spencer Knefelkamp (drums). 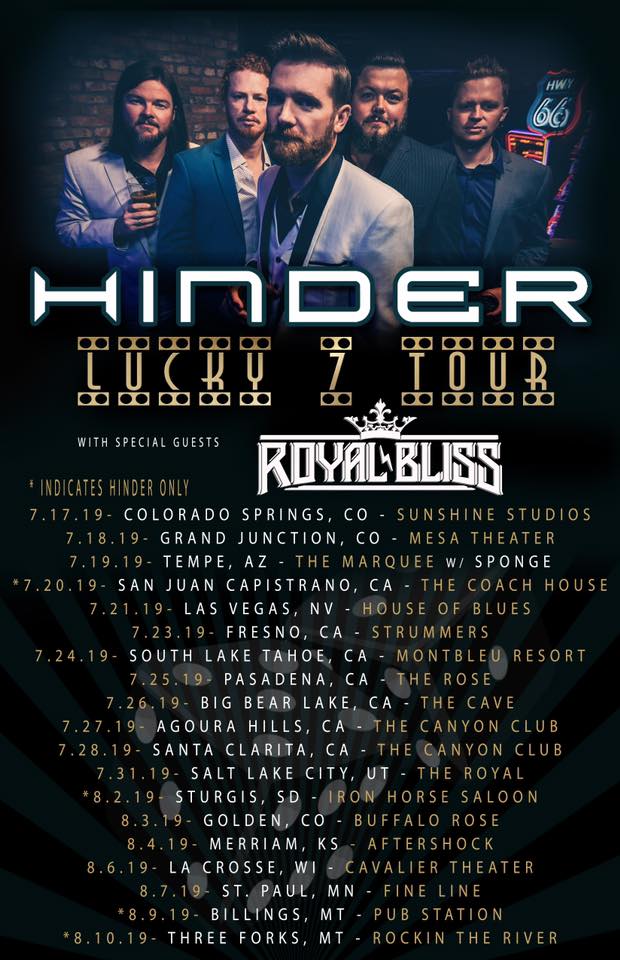 The Orwells Thrilled the Triple Rock

Chicago is a city that has been churning out some of pretty great bands in the recent years. There’s a definite sound and style to the music coming out of Chicago and The Orwells have […]

An Evening Of Meditation And Hip Hop With Minnesota’s Crystal Daddy, Lazerbeak At The Parkway Theater

In December of 2013, I drove 1,200 miles from Philadelphia to Minneapolis to see the Doomtree Blowout. I had never even really thought about Minneapolis before, let alone entertained the idea of someday living here. […]

Jonny Lang Electrifies At Music In The Zoo

Wednesday night Jonny Lang performed to a sold out Weesner Family Ampitheater at the MN Zoo in Apple Valley.  It was my first time seeing Lang live and it was a completely different experience than […]