The cool Fall night gave way to a smoking hot packed house inside Mill City Nights. Warming the stage and the crowd was Devil You Know (Howard Jones’ – formerly of Killswitch Engage – new band) and Devildriver. Both bands lit up the crowd, causing a huge crowd surge with several mosh pit brtakouts. After Devildriver, it felt like it was 190 degrees inside and the venue was so jam-packed on both floors you could barely move. Anticipation rippled through the crowd… everyone was waiting for Hatebreed.

The lights turned off and it was pitch black as Hatebreed took the onstage. White strobe lights (which changed throughout the set) cut the darkness and music began pulsating against Jamey Jasta’s deep growls and guttural vocals. The backdrop for their set was an enormous banner of the artwork for The Concrete Confessional and Matt Byrne’s signature metallic, fire-engine red drum kit. 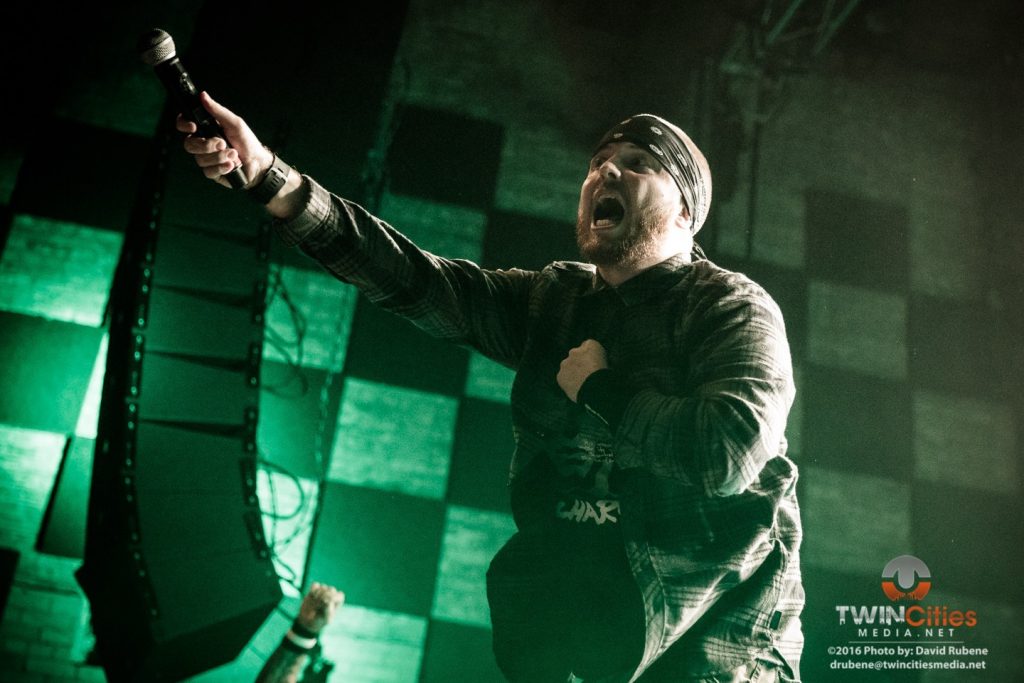 Jamey Jasta brought incredible energy to the stage by jumping up and down and fist-pumping, hyping up the already wild crowd. When they performed “Looking Down the Barrel of Today” from The Concrete Confessional, there was a surge of energy and it felt as though the wood floors were vibrating in synch with the beat of the drums.

A huge circle pit formed (something Hatebreed is infamous for) and I saw a man come out, dripping blood, which he wiped on his shirt. During “This is Now,” Jasta thanked Hatebreed fans for “so many great years.” After performing a solid set that span the course of their career, Hatebreed ended a crazy night with  “I Will Be Heard.” 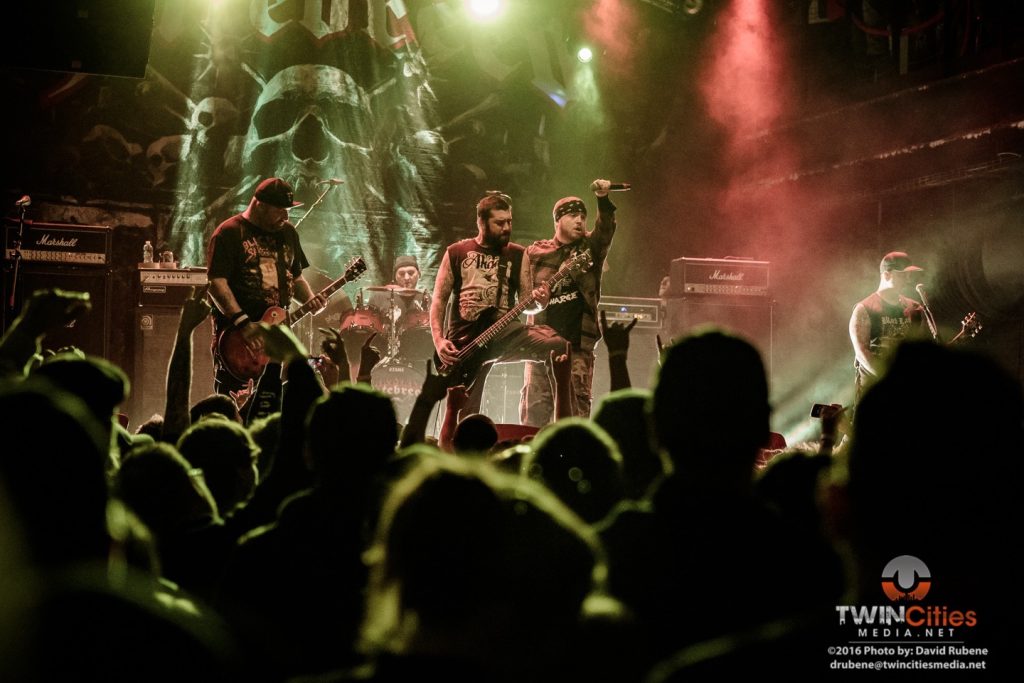 Overall, Hatebreed put on one hell of a show and you can feel that they truly love what they do; their passion for music and their fans just emanated from the stage. They kept the energy up and peppered the crowd with loud, fast guitar work and drum solos throughout their set, which is what I think fans have come to love and expect from them. The show ended with the electrifying energy it began with, which I’d say is the key to their longevity.

I woke up with a tickle in my throat. I knew what that meant. Give me a couple of hours and I would be up to my head in strep throat thickness. No…. of all […]

I knew that, with the election, the world was changing around me and I had no control. Like majority of my generation, I felt lost. Sure, I could have gone to the bars with all […]