Joe Satriani has launched his career retrospective Surfing to Shockwave Tour in February 25th. The 48-date tour will be celebrating “30 Years of Mind-Bending Guitar Daredevilry”; a phrase coined in a June 2014 career-defining retrospective feature in Rolling Stone.  Satriani will spotlight music from his first solo album, Not of this Earth”through his latest release and 15th solo album, Shockwave Supernova. The Fitzgerald Theater in St Paul will host the phenomenal stop in Minnesota this coming weekend — Saturday, April 16th — for this highly anticipated performance. 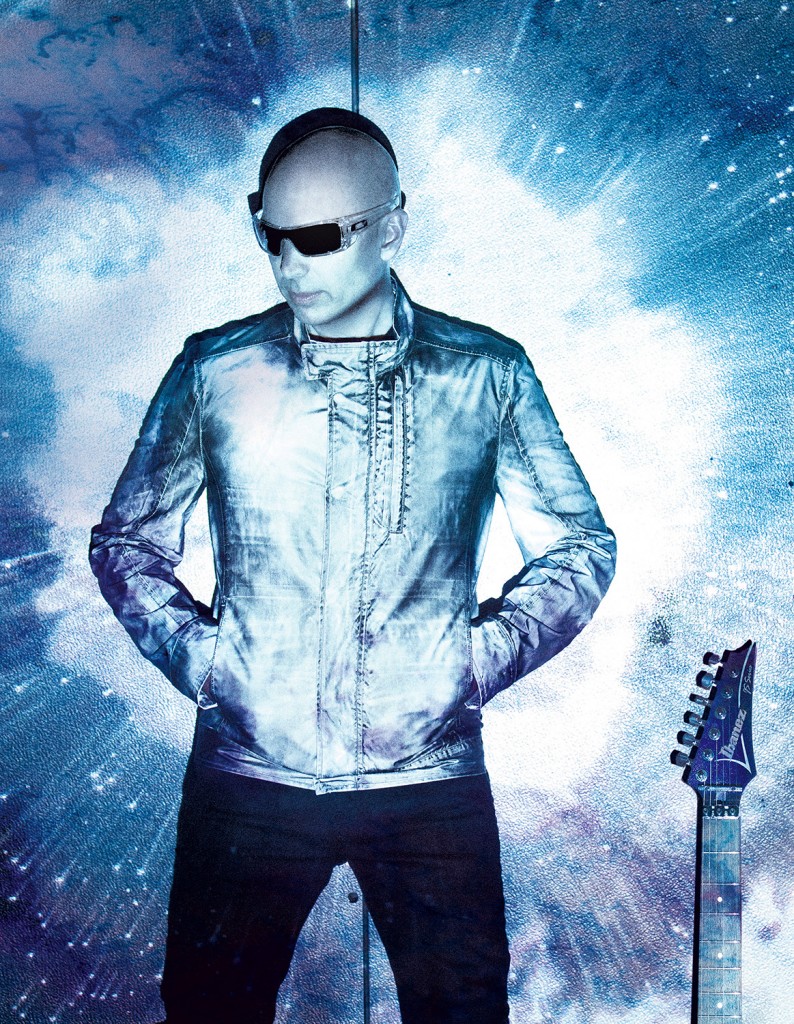 Guitar World magazine recently held their annual “Readers Poll” for which fans chose Joe Satrani as  ‘Best Shredder‘ as well as presenting his 15th studio album, Shockwave Supernova with the “Best Shred Album of the Year”.  Released this past August, Shockwave Supernova scored Satriani his highest chart debut at #19 on Billboard’s Top 200 Current Albums Chart.  In addition, the album also debuted at #3 on the Billboard Rock Chart and ranks as the highest charting all-instrumental rock album on Billboard’s Top 200 in the SoundScan era.

For two decades, the guitar virtuoso has traveled the world, playing to sold-out crowds as both a headliner and as founder of the all-star “G3” guitar extravaganza.  Satriani’s studio and live recordings have sold more than 10 million copies worldwide to date and of his many solo albums, two have gone platinum and four others went gold, with 15 Grammy nominations between them.  His side project, Chickenfoot, featuring former Van Halen frontman Sammy Hagar, former bassist Michael Anthony, and Red Hot Chili Peppers’ drummer Chad Smith achieved certified gold status with their debut album and their second studio album debuted at #9.

There is still time to grab some seats for this fantastic performance online through the Fitzgerald Theater. Don’t delay as only a few tickets are remaining.

For all the latest information on Joe Satriani, check him out online at:

While Iggy Pop held court at the Northrop a few miles away, 3 bands played the Myth that are much younger but just a serious about their music. The evening started with Savoir Adore, a […]

First Ave Get Big And Wild With Dance

This is one of those reviews and shows that I must begin with saying I was wrong. I had a fellow Odesza fan tell me Big Wild was a fantastic show I should absolutely go […]

My buddy that I took with me last night pointed out that last night was part of a string of shows where I had never seen any of the performers before. I know that sounds […]