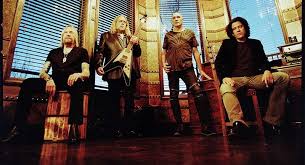 The Palace Theatre in St. Paul will be hosting an evening with jam band deities Gov’t Mule on Saturday, September 28th. The band is out touring in support of Revolution Come….Revolution  Go.

Steeped in the roots and mystique of rock, blues, soul, and jazz, the quartet — Haynes, Matt Abts [drums], Danny Louis [keyboards, guitar, and backing vocals], and Jorgen Carlsson [bass] — is equally recognized for its stirring songwriting and storytelling as it is for the improvisational virtuosity that fuels their countless live performances. Their music has galvanized a fan base of millions around the world, reaching a place of preeminence as one of the most timeless, revered and active bands in the world whose spot amongst rock titans remains unshakable.