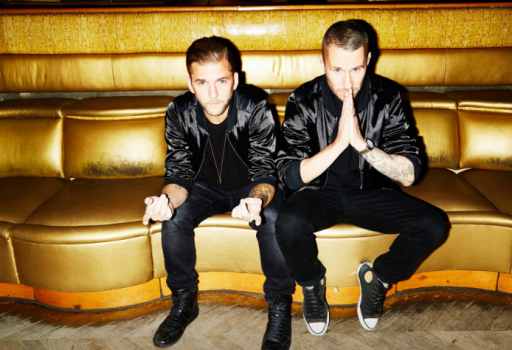 Not many artists can boast several multi-platinum singles, multiple Grammy nominations,
sold out headline shows around the world and over three billion streams across streaming
platforms, but Christian Karlsson and Linus Eklöw of Galantis have never been like most
artists.

As the collaborative duo of Karlsson (aka Bloodshy, one-third of Miike Snow) and Eklöw
(aka Style of Eye), Galantis has set a new standard for songwriting in dance music.
Working as Bloodshy, Karlsson’s songwriting collaborations included Madonna, Kylie
Minogue, Katy Perry and Britney Spears (whose “Toxic” earned a GRAMMY award for Best
Dance Recording). After reaching out to Eklöw (who co-wrote and produced Icona Pop’s
hit single “I Love It” as Style of Eye) to remix Miike Snow’s “Animal,” the two continued
to collaborate until ultimately Galantis was born.

As they enter their fifth year, Karlsson and Eklöw are showing no signs of slowing down.
Now with over 3 million tracks sold globally (over 1 million of which were from the United
States), over 10 million Spotify listeners each month, the pair are primed to take their
infectious, feel good energy to a larger global audience with more new music and live
shows in 2018. They’ll be making their next stop at MYTH Live in Maplewood.

Remaining Ticket Can be Found HERE