When Gaelic Storm hit stage at Mill City Nights on Friday evening, the pints and whiskey reserves were strained in ways the bartenders likely had not seen since the day before Prohibition. It was a mixed crowd and a packed house for the Celtic band from Santa Monica. The room was already buzzing before the show started. Green dresses and fire red beards were scattered amongst the crowd that all seemed to be accompanied by that heavy vibe that somebody was ready to smash a table or a bar stool in the name of a good time. It may have been single digit temps outside, but the atmosphere inside was warm and friendly. 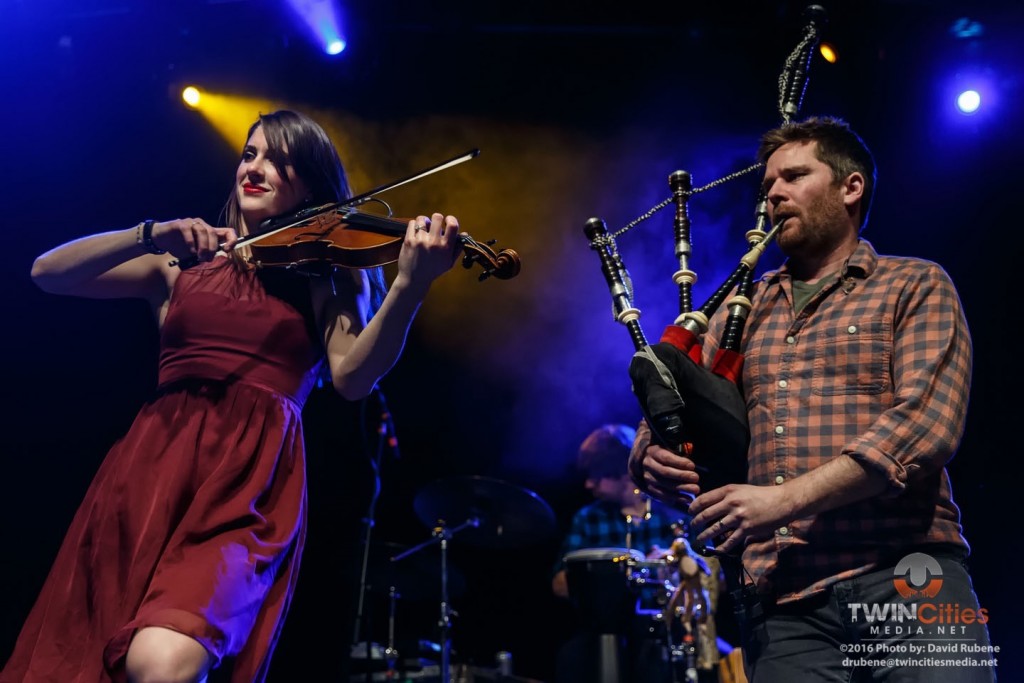 Native Irishman Patrick Murphy took the stage along with the Gaelic Storm crew. The band consists of Steve Twigger, a self-taught guitarist hailing from England, the bagpiper and Irish whistle player from Canada Pete Purvis, the beautiful and talented fiddle player from Michigan Kiana Weber, and the drummer from Bakersfield Ryan Lacey. Together they formed a force of nature that had the crowd stomping and clapping along to grand tales sung to the timeless Celtic style that has been fermenting over hundreds of years. The late Irish folk singer Luke Kelly would have raised his glass in praise. 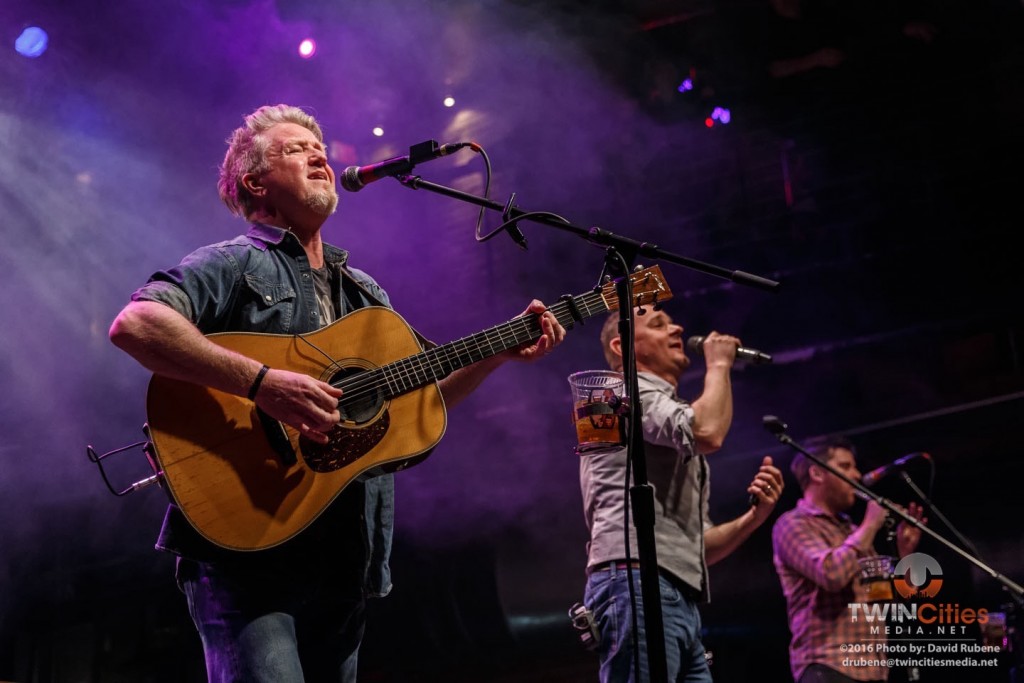 The bagpipe and the accordion blared through the strings and blended into Murphy’s heavily accented lyrics for an experience that brought you straight to a pub in southern Ireland. Between songs and whiskey shots, Murphy, like most Irishmen after a pint or five, would entertain the crowd with ramblings and tirades of stories past and Irish culture. The band played a phenomenal 15 song set. The talent behind each of the musicians was palpable, a true joy to behold, and the show’s energy stayed consistent — there was no slowing down.

For all the latest info, check out Gaelic Storm online at:

The Jayhawks Gift is Long Holiday Show at First Avenue

The Jayhawks stayed home for the holidays and on Friday treated their local following to the first of two weekend shows. The show featured several songs from their new 2018 album Back Roads and Abandoned […]

Ok, so the “diversity week” of music shows i had planned suddenly was not looking so diverse anymore. The budding rap star we had on our schedule for tonight had PR reps who (despite reminders) […]

Marah in the Mainsails’ sound almost bursts The Icehouse

Marah in the Mainsail reminds me of a college flame. A wild, dangerous and a bit crazy creature with incredible chemistry the moment I am in the same room with them. Sure, I am married […]