Only a few things could get me to leave the house and stand outside in the sun on one of the hottest nights of the summer. Luckily, a long-time favorite band is one of them. Fleet Foxes made their return to Minnesota for the first time in five years. Since then, they have released a stunning live album and a full-length album Shore. The stage at Surly Festival Field, while very hot, was the perfect place to hear these new songs live. With a heavily appreciated wind, great food and drinks, and one long shielding cloud, we made it through!

First up was Psychic Hotline artist Uwade. If you’re not familiar with the label, it is operated by the folks in Sylvan Esso. If you know me, you know that Sylvan Esso’s involvement in any capacity means that I’ll probably love it. That said, her musical style and presence are all her own. Robin Pecknold appeared on stage first to introduce her. She emerged from backstage in a sunshine yellow dress with a shy smile. It felt like she was having an “I can’t believe this is my life” moment as she nodded to Pecknold and began to strum her black Fender guitar.

Uwade accomplished a lot in her opening set. She had the audience captured for thirty beautiful minutes and performed like it was a monumental moment in her life. The songs felt airy with her soft and soulful voice in the spotlight. She gushed about Minneapolis, saying that “the vibes are immaculate here.” Her status as “one to watch” was solidified as she played a Japanese Breakfast cover of “Paprika.” Seeing her reminded me of Lianne La Havas opening for Bon Iver in 2010. A breath of fresh air. There is clearly so much more to discover as she creates and grows as an artist. I’m excited for the ride! 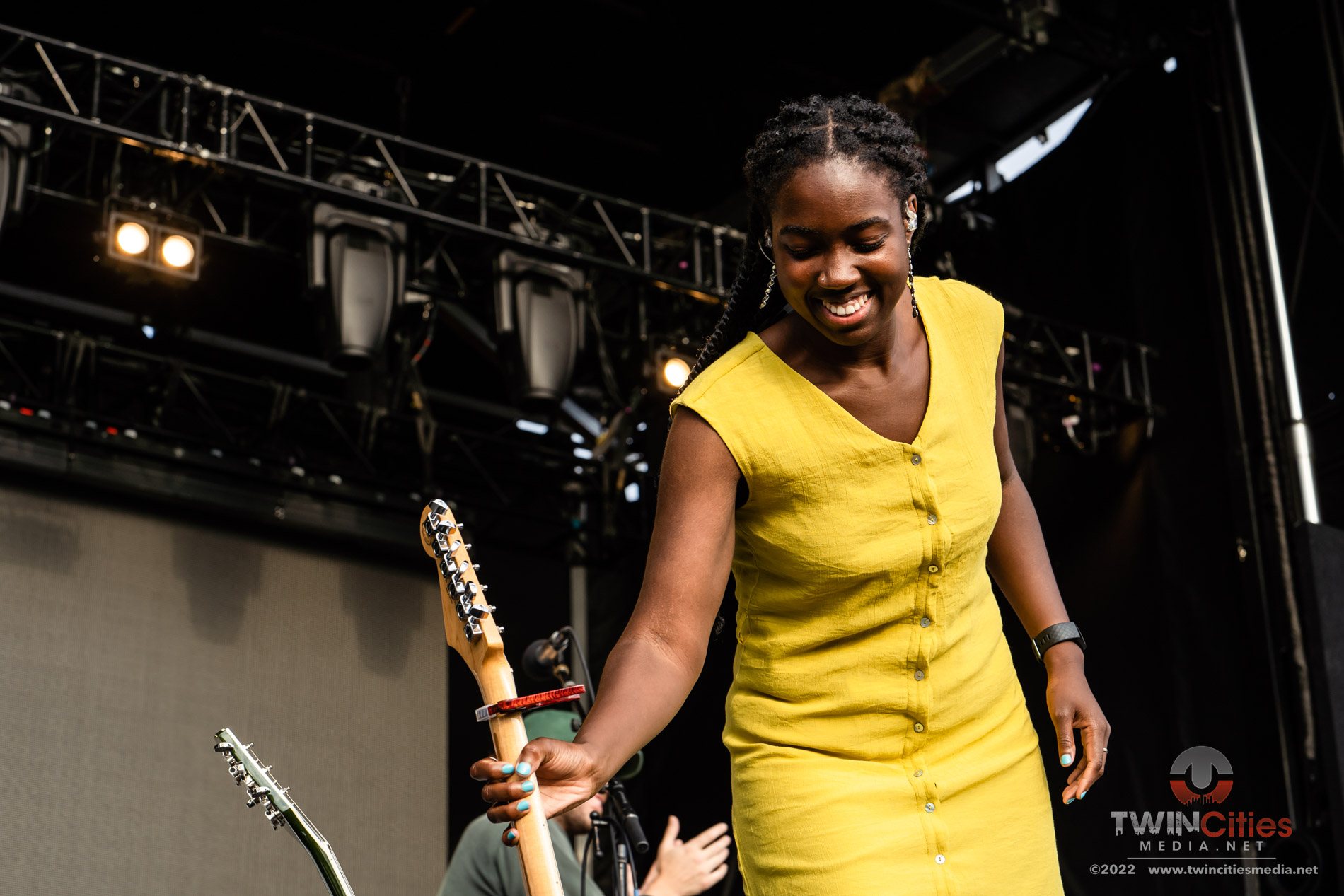 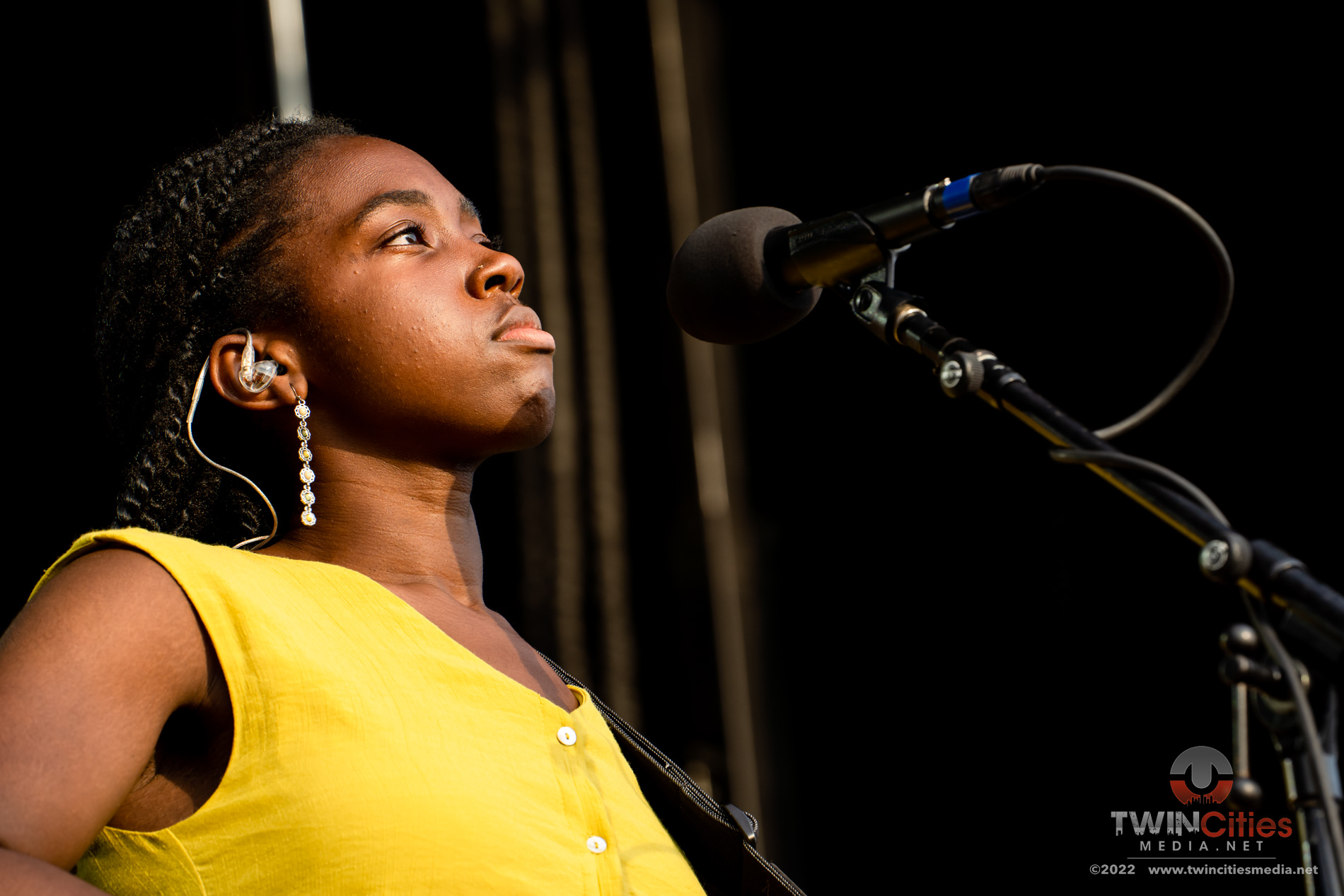 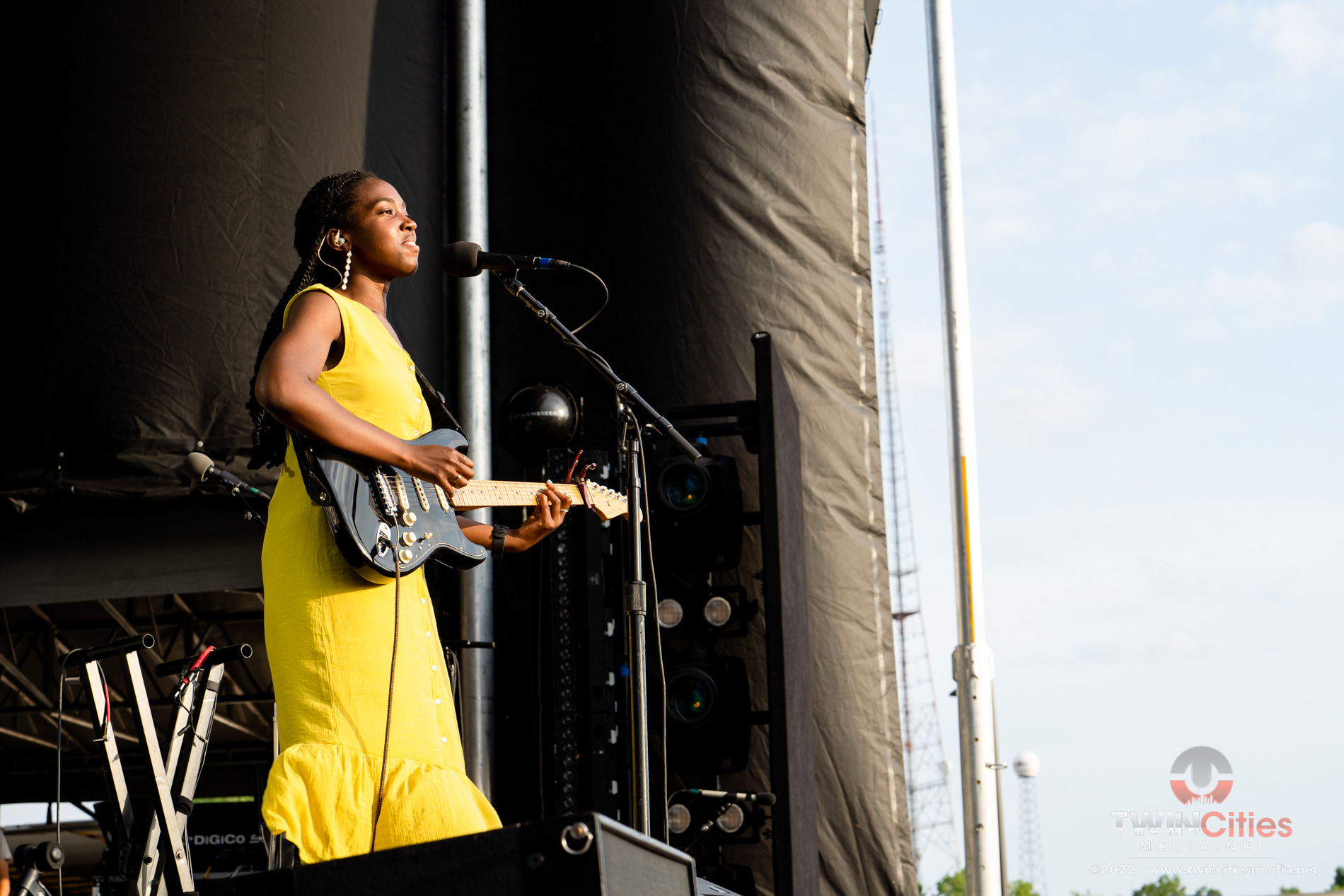 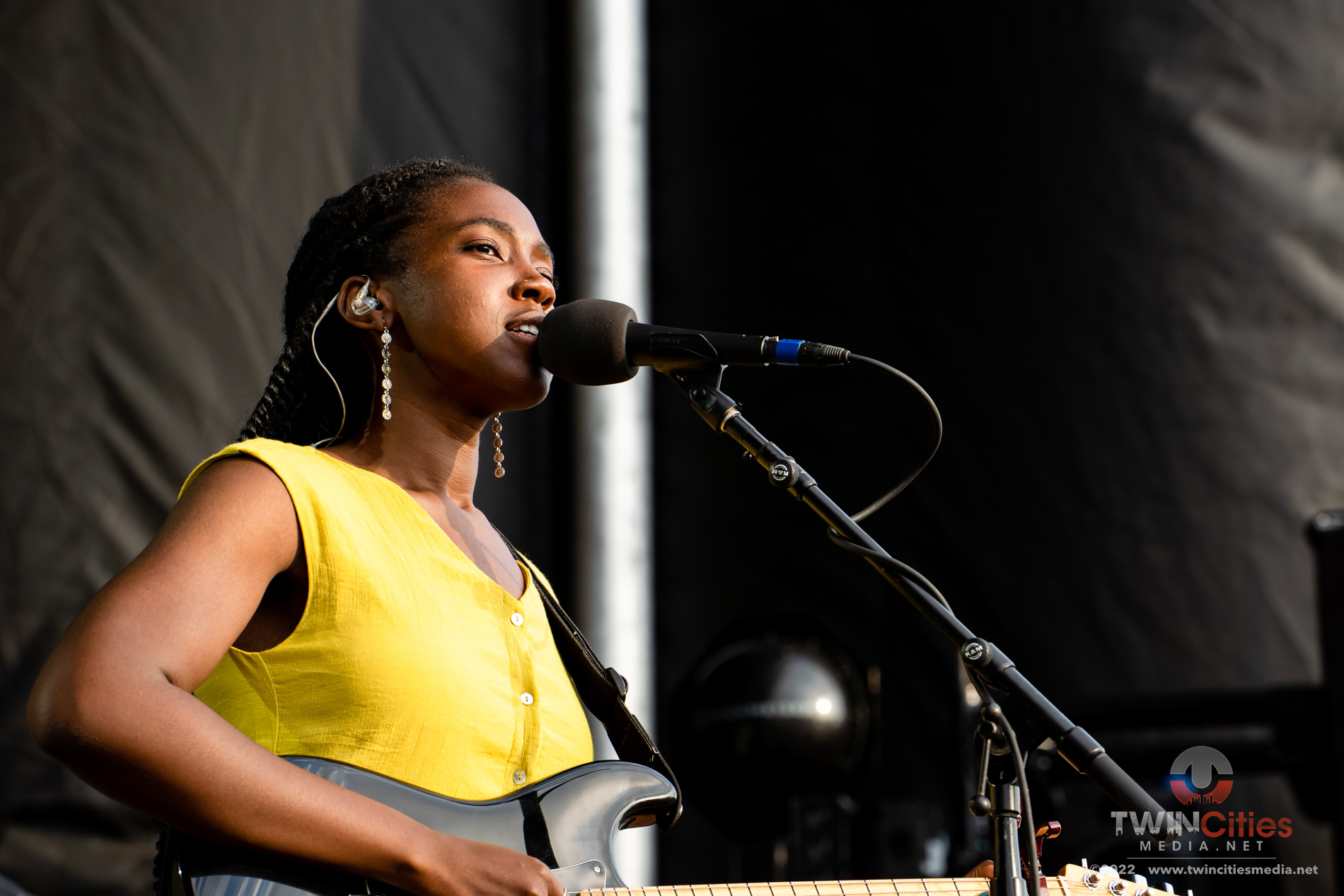 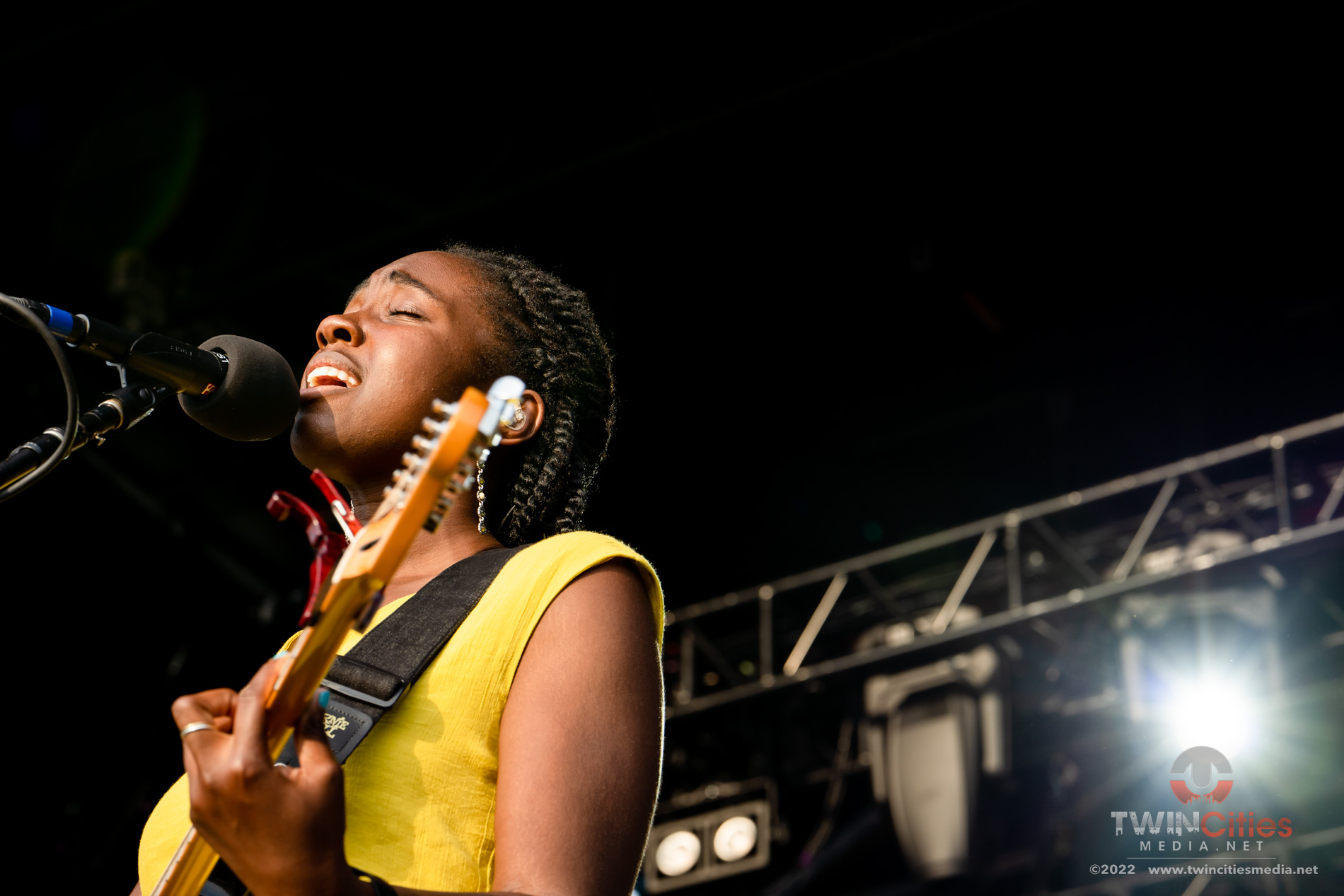 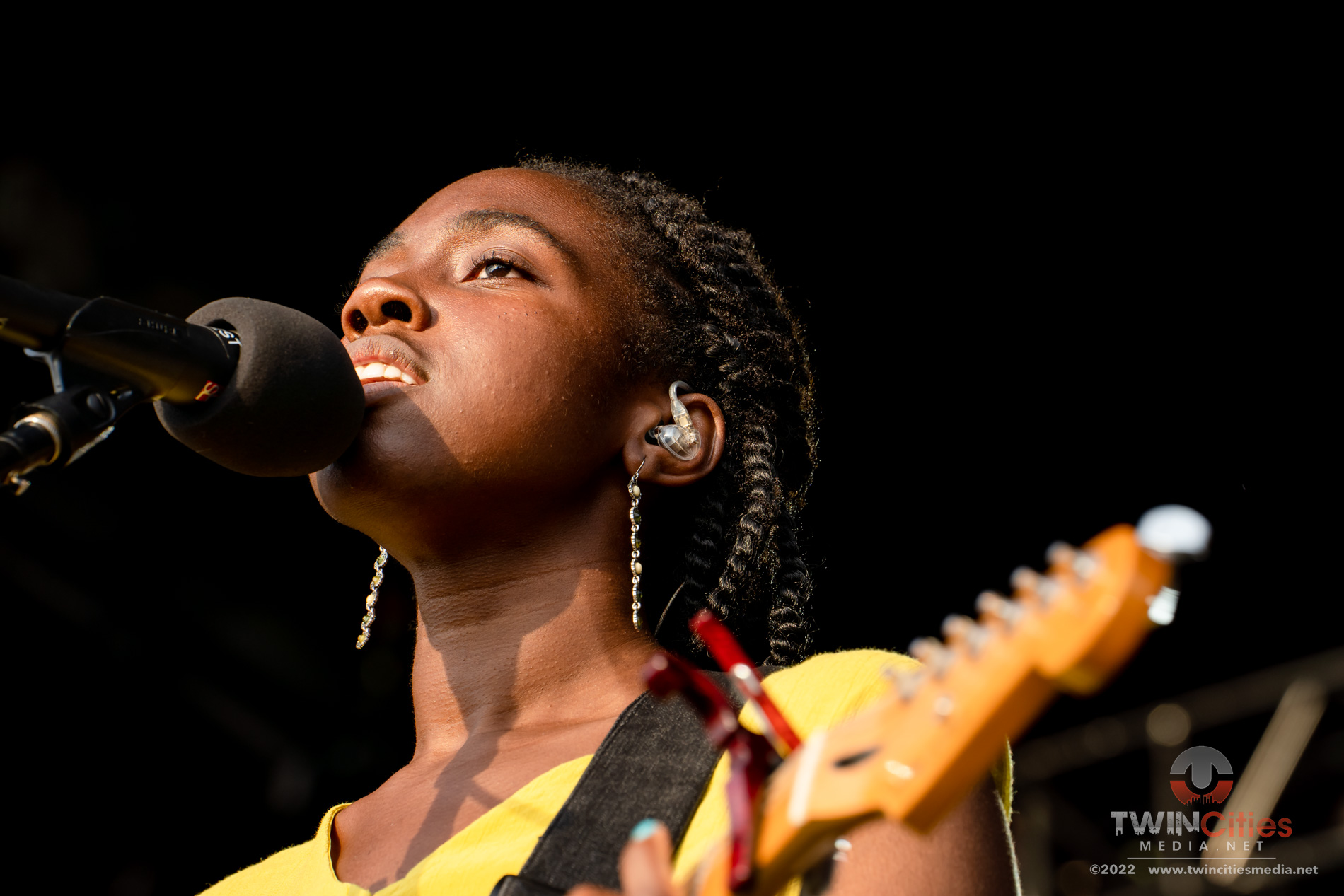 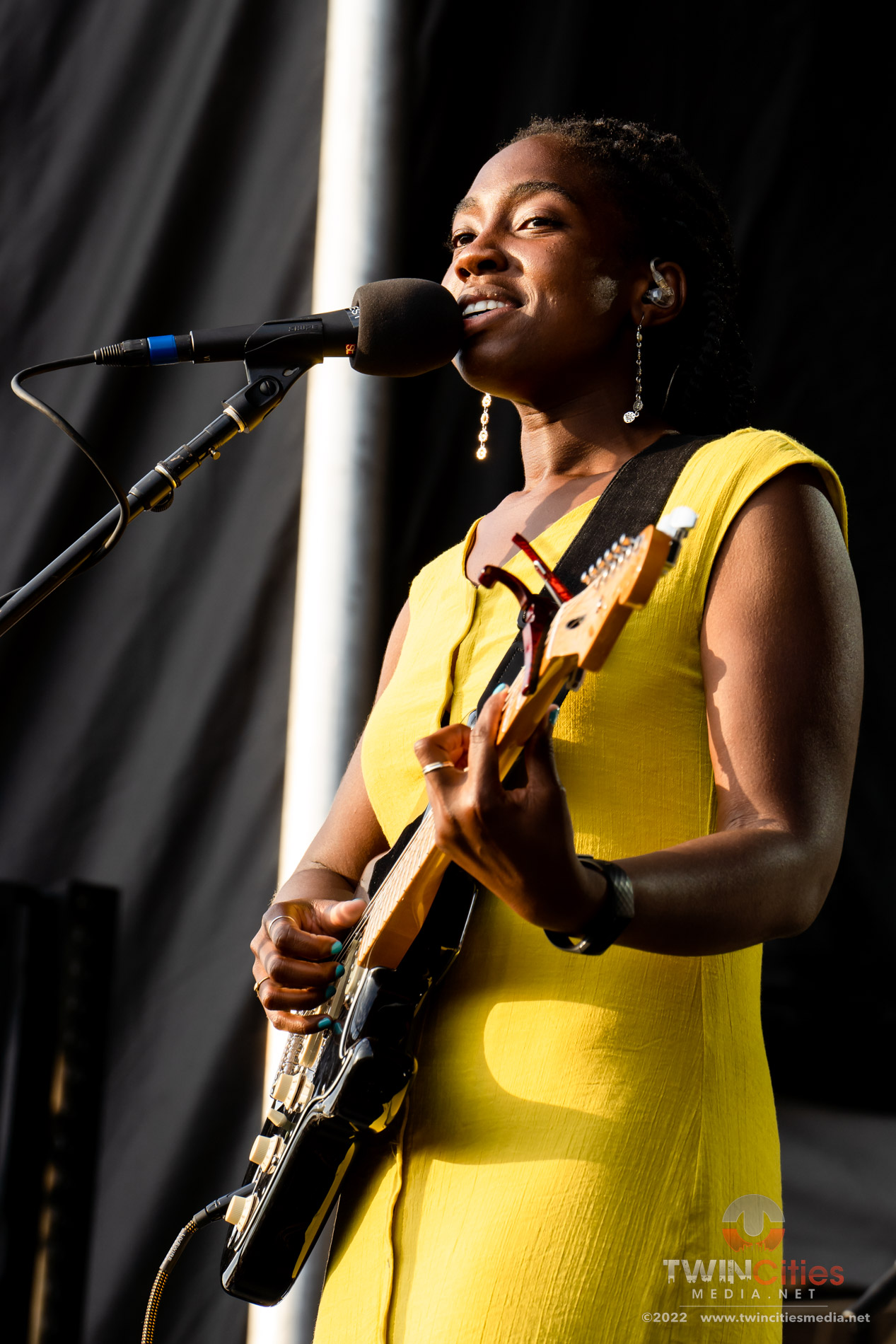 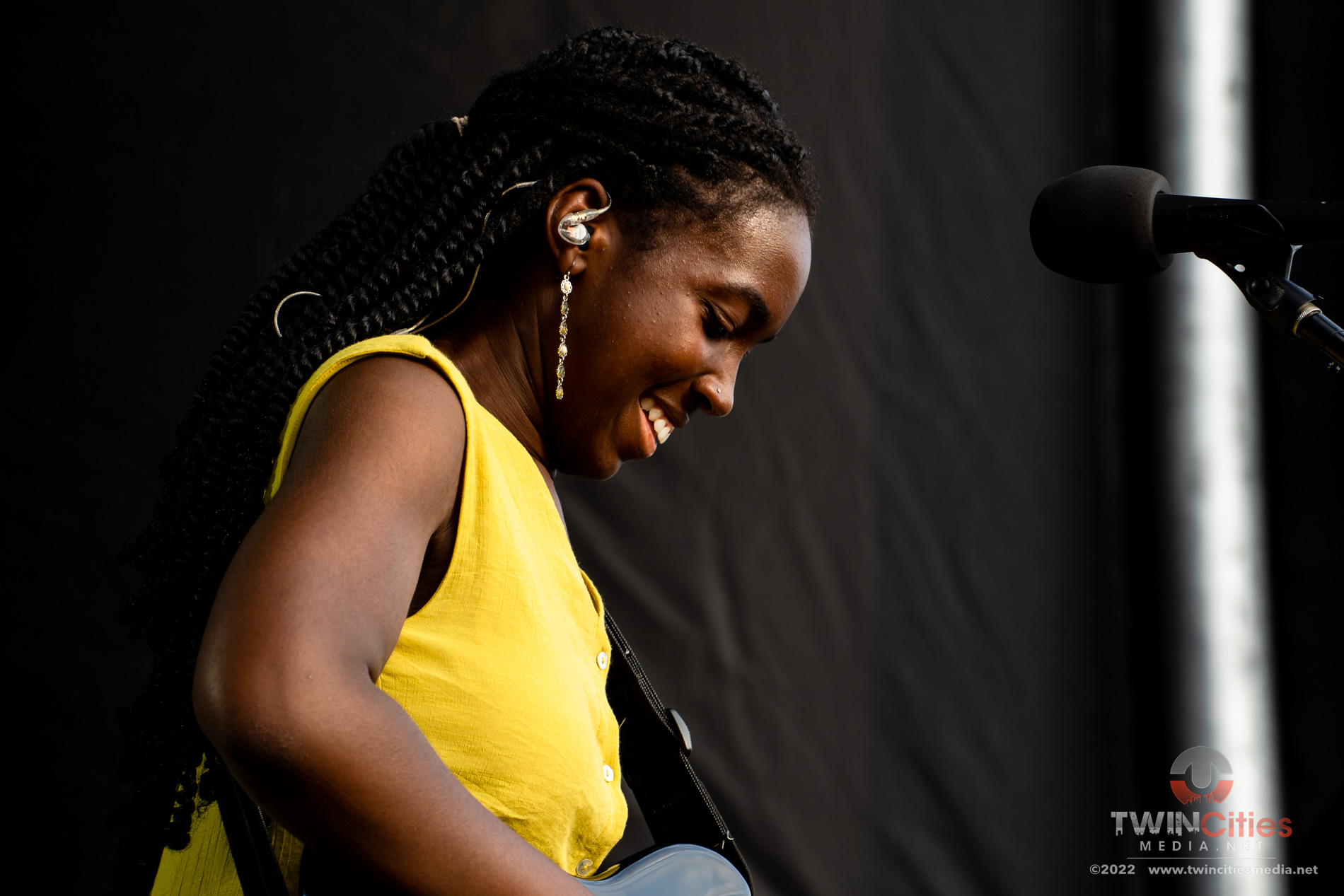 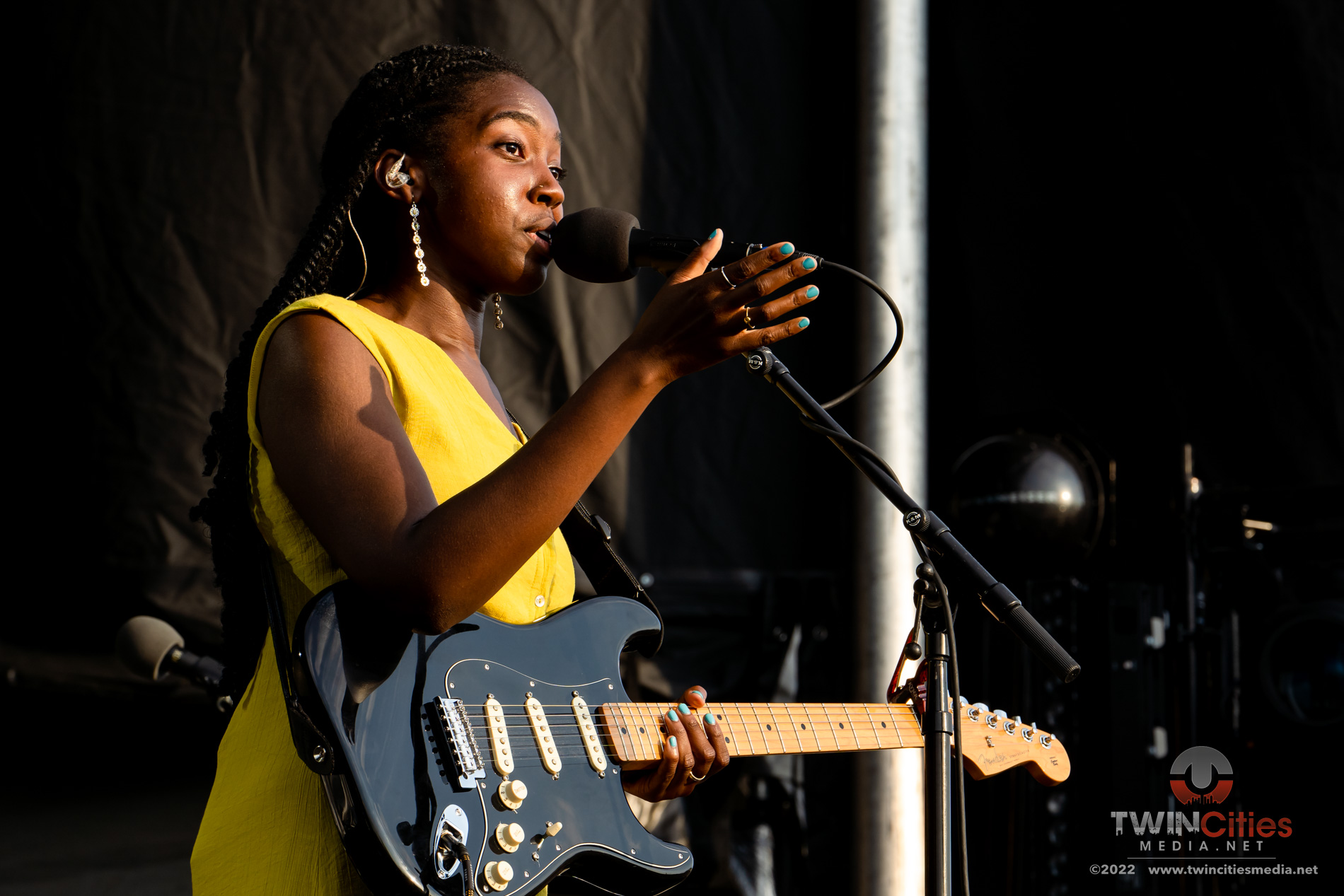 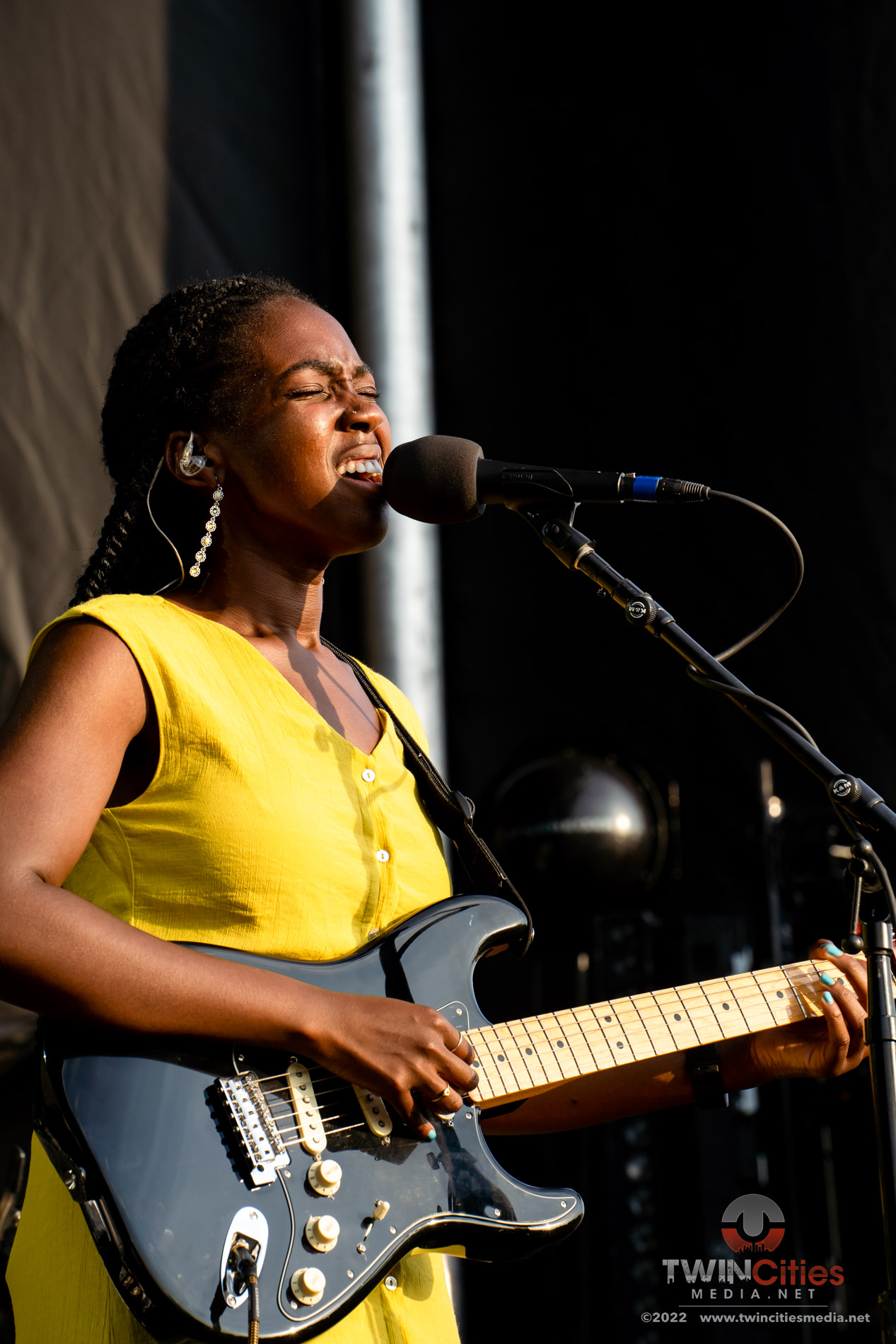 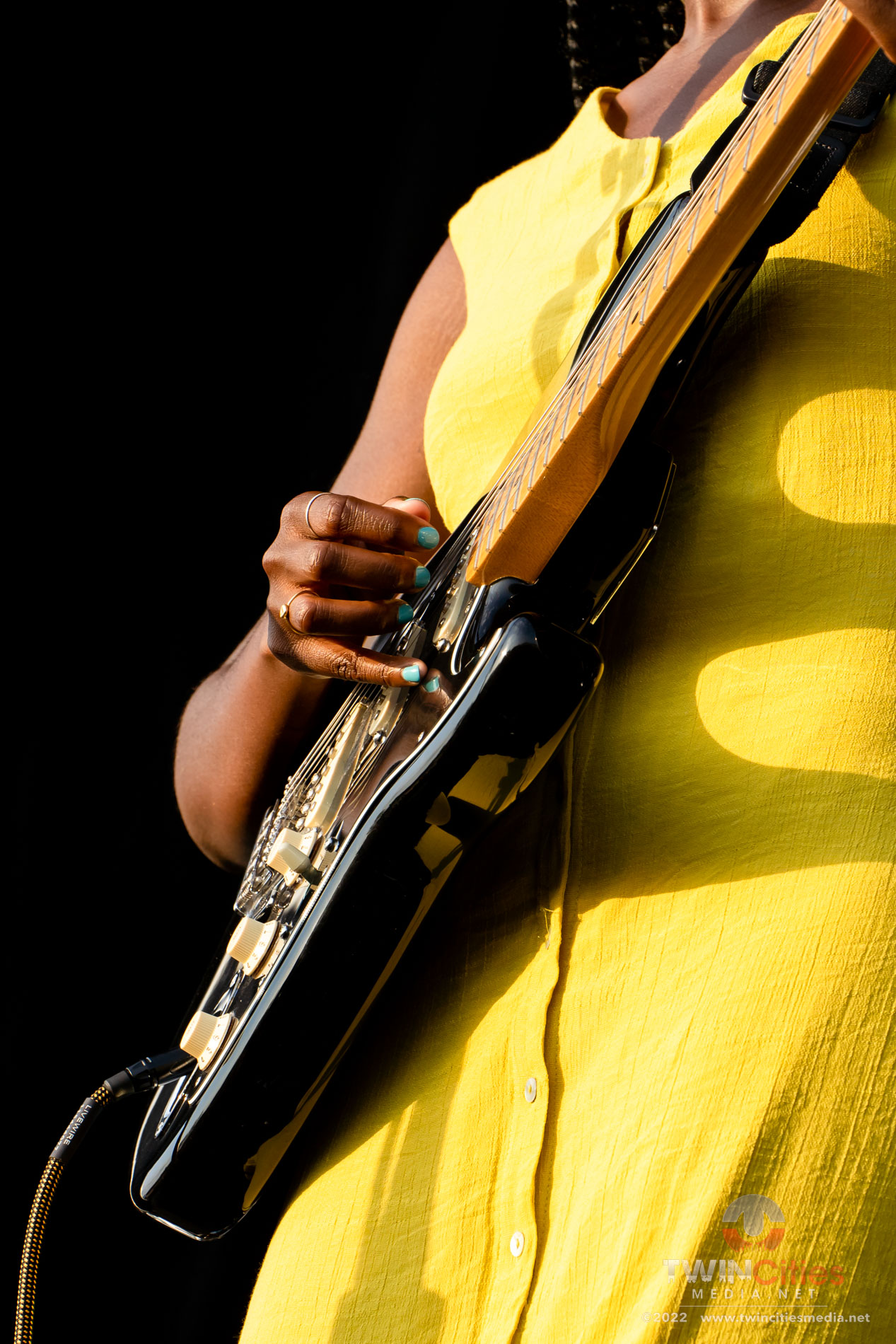 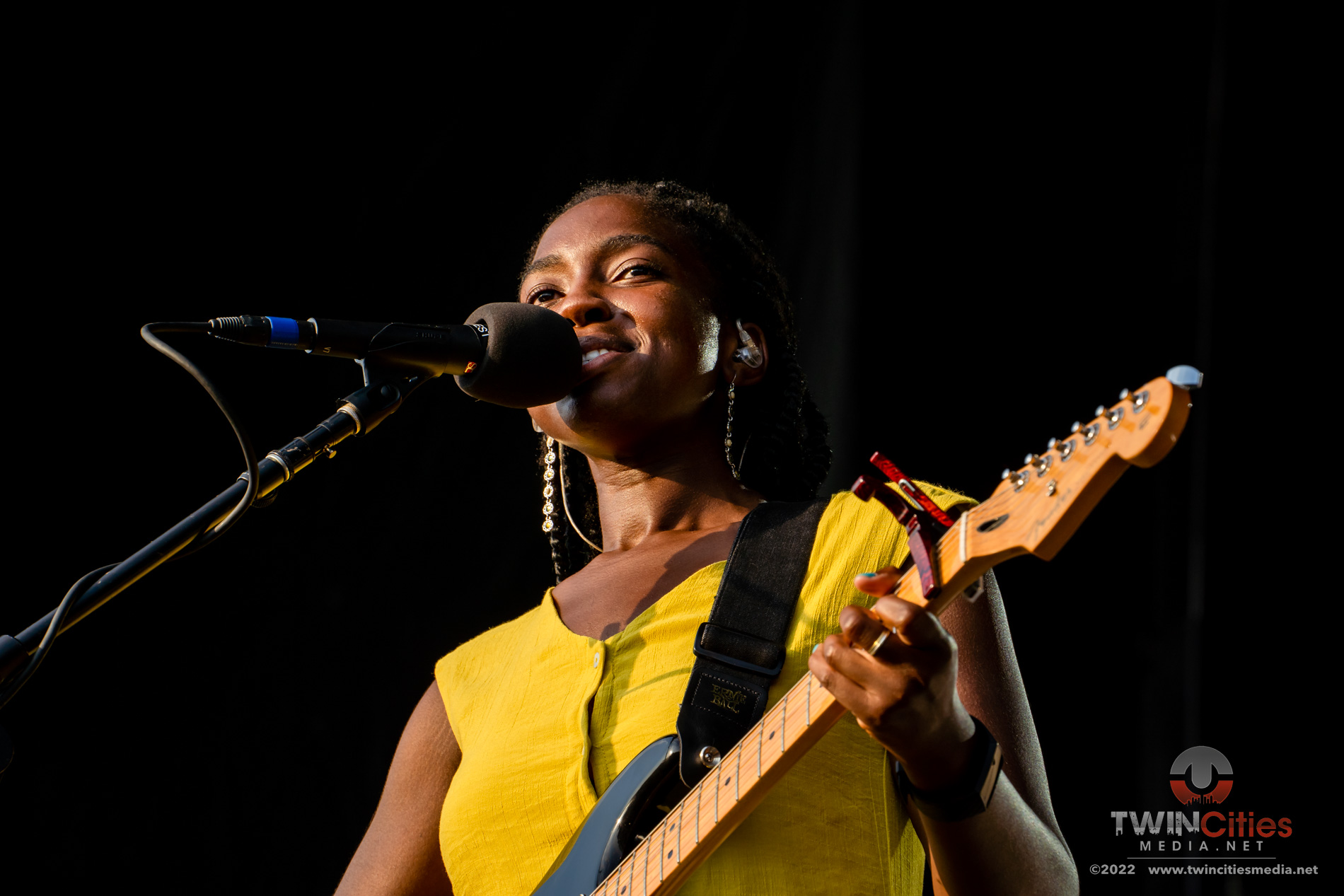 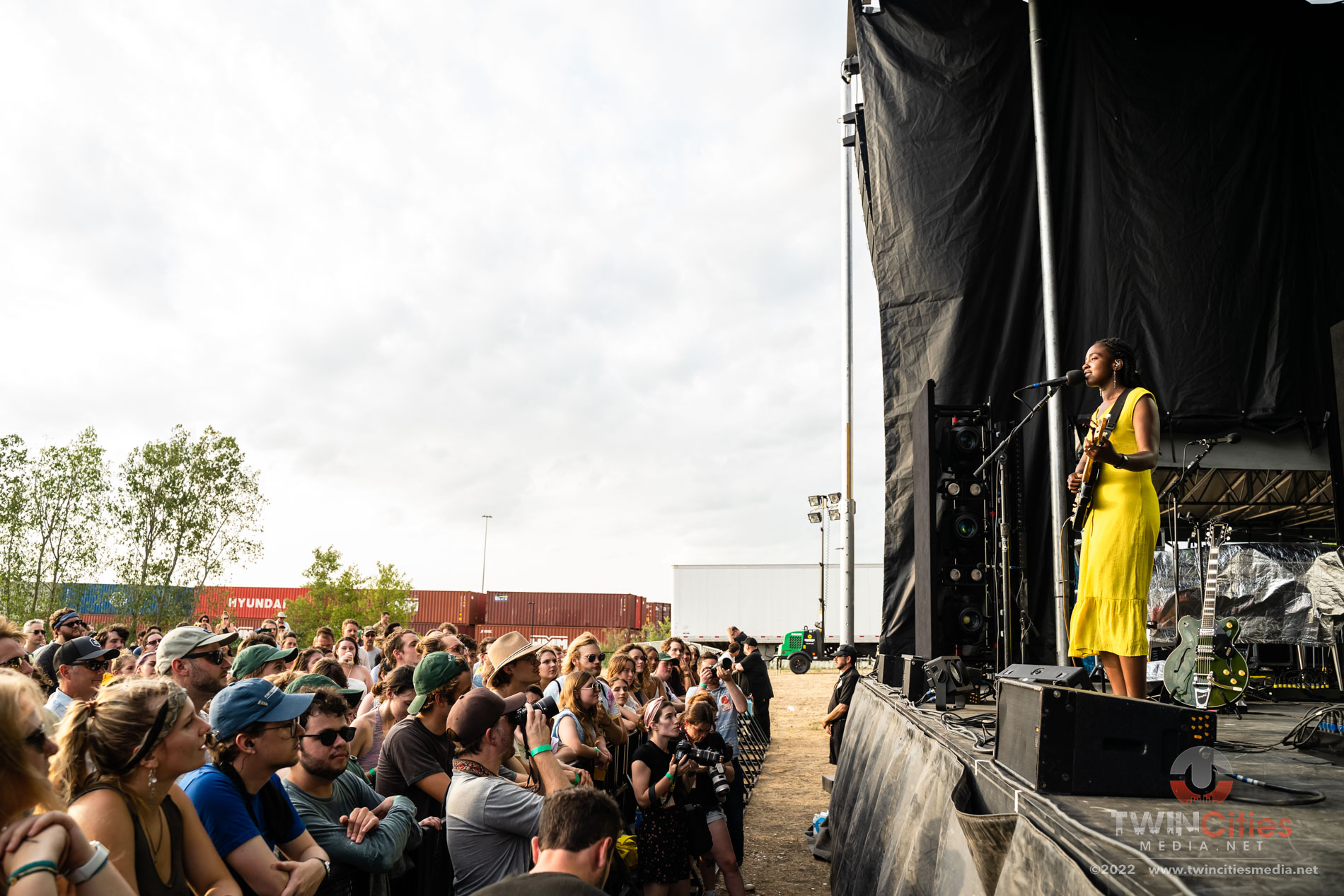 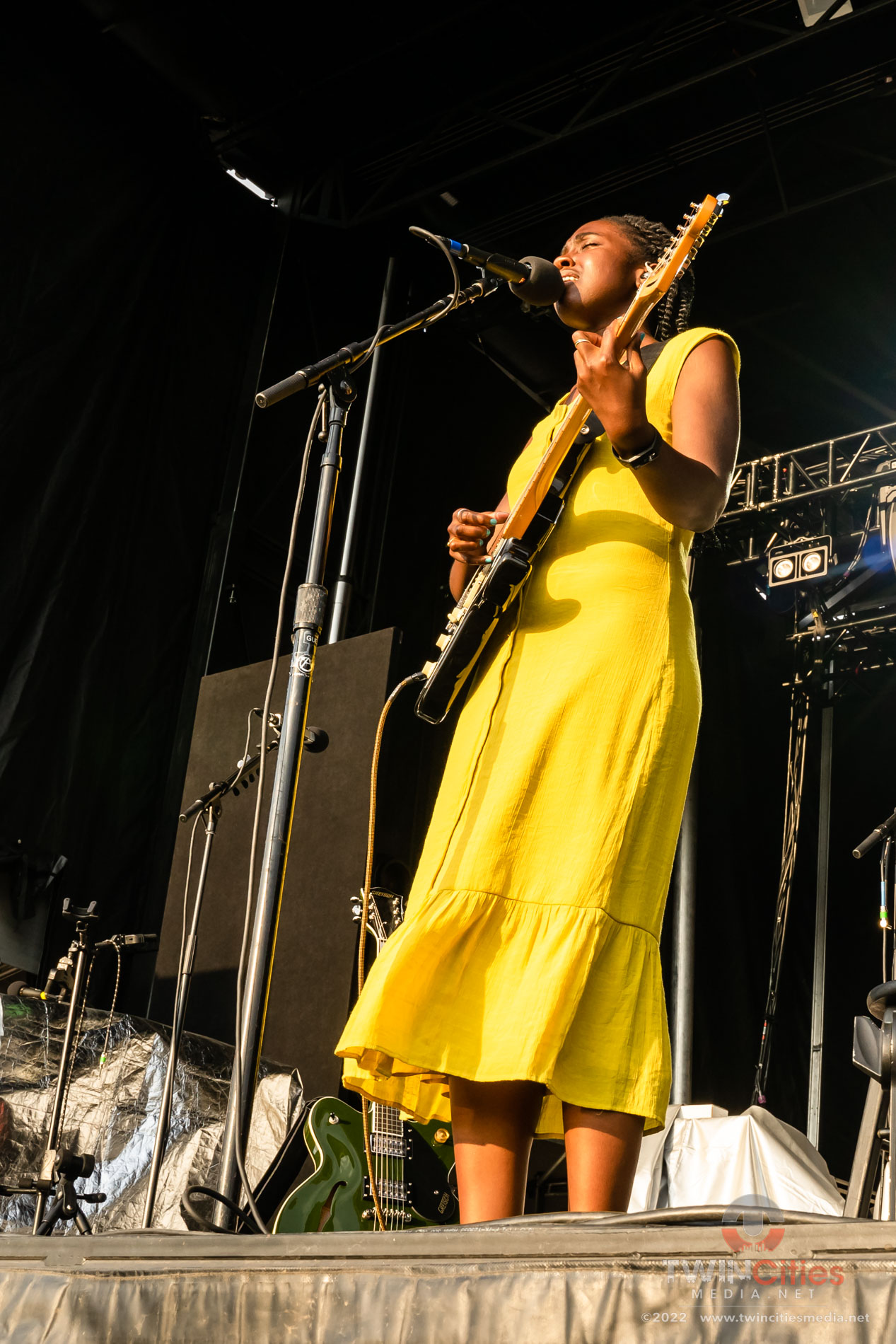 Fleet Foxes took the stage as the sun created a beautiful golden glow. Uwade joined to sing her part in “Wading in Waist-high Water” to kick off the show. As the band played the first three songs on the new album, it was so clear how grateful they were to be back on a stage and performing these brilliant new songs.  It felt like we were in a new place. The set took us through all of their albums and beyond. One of my favorite moments was their cover of “Phoenix” – Pecknold’s feature on Big Red Machine’s album.

The 23-song set sounded great in an outdoor setting. The lights on stage transformed in front of the LED backdrop as the sky got darker. The crowd was so respectful and locked in during the performance, and the band definitely noticed. There were a few times that I caught the band watching the crowd engage and smile to each other. The kinship in the audience is one of those things you really grow to appreciate since the start of Covid. There were two couples in front of me who had “see Fleet Foxes” on their bucket lists. Watching them sing every word and dance to every note was heartfelt. Especially during “Blue Ridge Mountains” near the end of the set.

Overall, it was such a wonderful night to be watching a show with friends and family. I’m grateful for nights like these, and I think there are a few thousand people in attendance who felt the same!

Wading in Waist-high Water / Sunblind / Can I Believe You / Ragged Wood / Your Protector / He Doesn’t Know Why / Featherweight / Third of May/Ōdaigahara / White Winter Hymnal / Phoenix / Mearcstapa / Mykonos / Blue Spotted Tail / If You Need To, Keep Time on Me / The Kiss / A Long Way Past the Past / Drops in the River / Blue Ridge Mountains / Grown Ocean

Friday at The X Games Shows Crowd The Definition of Passion

Images by Fred Sobottka and Markus Akre I used to pretend like I was a skateboarder. I hung out at the local skate shop in Des Moines, obsessed over Tony Hawk Pro Skater and, at […]

On a frigid Monday night 2 bands let the crowd at the Fine Line forget the chill of winter. A few fans in the front row however took precautions by keeping their furry lumberjack hats […]