The Main Room was buzzing with excitement before the start of Danny Brown’s November 5th show at First Avenue, which celebrates his newest album, “uknowhatimsayin¿”. Us twenty-somethings were bonding over who we were most excited to see. While I and many other Danny Brown fans were there, ASHNIKKO and ZelooperZ seemed to pull in their own die-hard’s as well. As I stood in line at the bar, a girl in a monochromatic mesh outfit explained that ASHNIKKO’s music tugged at her soul – as if the artist knew her personally.

The crowd settled down as the DJ began and ZelooperZ ran on stage to a cheer of the crowd. “Who Actually Knows who I am?” he shouted after his first song. Nearly a third were clearly there for his set, as they jumped up and down yelling.

Although ZelooperZ shares many qualities with the headliner, it was clear that he isn’t afraid to expand on his Detroit Hip-Hop roots. ZelooperZ jumped from one end of the stage to the other, raising the mic to the crowd as fans filled in the comedic punch lines of songs like “JayJay-Z” and “Bigger Than Me” – both songs being from his 2019 album “Dyn-O-Mite”.

Near the middle of his set in between songs, he told the crowd to follow his hand as he bounced it up and down. At first, it seemed he was dipping his hand in water as the sea of people made non-rhythmic ripples. But as the beat dropped and he continued to dribble the crowd, the room rose and fell for the entirety of the first verse. The crowd progressively got more riled up, evolving into a mosh-pit in the center of the room.

Next Ashnikko, a blue-haired London-based rapper from North Carolina, continued the energy brought by ZelooperZ. She hit the crowd with catchy bangers like “Hi, It’s Me” and “STUPID”, both of which will be playing on repeat in my head for a while. Her set was filled mostly of songs off her newest album, “Hi, It’s Me”.

Taking a break for a moment to explain that the next song was about the rules of consent, she shouted, “My body! Your body! Is not an invitation for abuse! … Its SO FUCKING EASY!” and the deep synth beat of “Invitation” began. Although she did not have as much physical energy as ZelooperZ, her miniature dance breaks and near perfect vocals won the crowd over, and had them bouncing around to the end.

The moment we have all been waiting for

The deafening cheers that could be heard a block away from the venue marked the start of Danny Brown’s set. We packed in airtight, each one of us trying to inch closer to the stage. It’s funny seeing a rapper live after playing their albums on repeat for the last two weeks. You never know if they are just there to play fan favorites or their latest album – in order. Danny Brown, however, knows his crowds. He seemed to have as much fun spitting crowd favorites like “Grown Up” and “Blunt After Blunt”, as he did sharing newer songs off of his October album “​uknowhatimsayin¿”.

The whole room shouted “I Will” word-for-word – to the dismay of the three sets of parents in the back of the venue. A mosh-pit emerged as Brown kept the momentum with “3 Tearz”, our elbows being thrown to the mood of the verses. I caught a guy in a pink hoodie who, during “Smokin & Drinkin”, was tossed across the pit. We all paused for a moment to chant “Smoking and drink /Drinking and smoke /We be smoking and drink /Drinking and smoke!” progressively getting wilder again. I locked arms with the long-haired rocker-type next to me as the beat dropped and the verse continued.

Close to the end of the set, Danny Brown stood silent for a moment, preparing to address the elephant in the room. Kicking his shoes off and sitting down on the stage, his feet on an amp, he was ready to have a “therapy session” with us. “How many years was it again?” He asked, as a guy two rows in front of me started shouting “SIX! SIX!”.

A few years back, Brown had been performing for a Minneapolis crowd when, infamously, he was given surprise-head by a very devoted fan. Professional as always, he explained that he didn’t miss a beat and continued rapping. The future-self-aware Danny, who stood in front of a crowd hanging on every word, blamed the fact that he was on molly for the situation. He told us he was working on himself and didn’t do those kinds of drugs in the US anymore, quickly noting that the UK has better molly. “Best Life” kicked in and soon the night was over.

Danny Brown puts on a live show that should be expected from a rapper who has been noted by MTV as “one of rap’s most unique figures in recent memory”. His performance reads more like a comedian telling his favorite joke to a crowd who already knows the punch-line, and shouts it for him. The call and response nature of the verses in so many of his hits make for a wild concert. He is just kicking back and having fun out there, uknowhatimsayin¿ 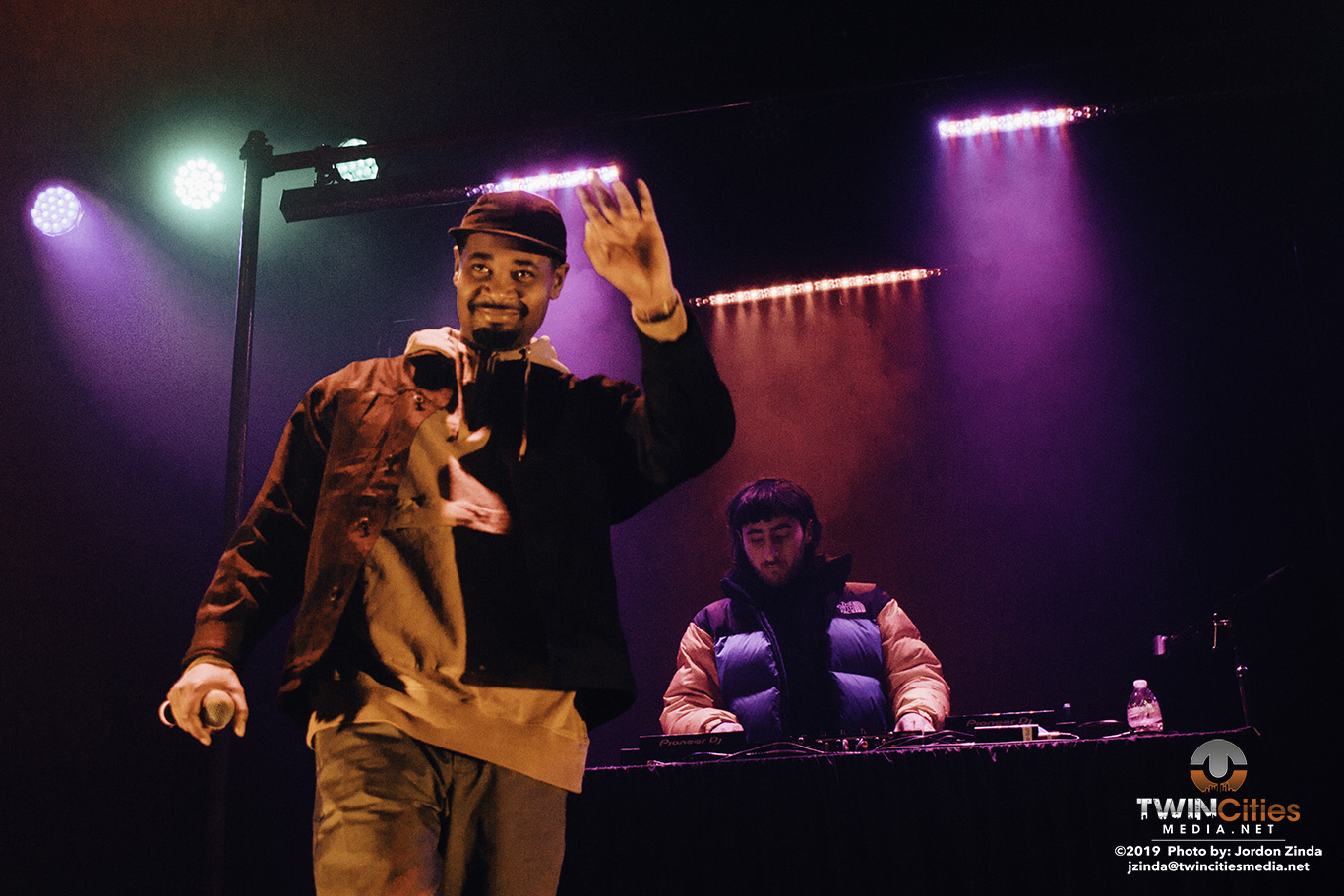 Going to a new venue is like a first date and last night was my first date with The Fillmore in Minneapolis to see Motion City Soundtrack. I was nervous as I weaved through traffic […]

Seeing bands grow is the best part of this job. I love seeing a no name band opening an under attended show at a venue like The 7th Street Entry and then, months later, see […]