SoCal punk band Face to Face is currently on tour promoting their 2016 album “Protection” and will be at the Uptown VFW on Wednesday 6/7 before heading to Europe and later South America. Many of their shows on this tour have been sold out well in advance. Some Tickets are still available HERE

Supporting them will be Chicago’s Counterpunch 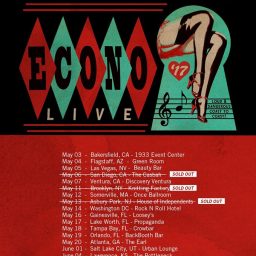 Whoever said that you can’t go home again never told face to face. The melodic punk institution, who will celebrate their 25th anniversary as a band throughout 2016, return to Fat Wreck Chords—the same label who released their classic debut Don’t Turn Away—for their ninth full length studio album, Protection. As Trever Keith explains, this wasn’t coincidence.
“The decision to go back to Fat was a no brainer,” he says. “We knew we wanted to make a more back-to-basics punk rock record, something more like our early days. Fat Wreck Chords was an obvious choice. After 25 successful years in punk rock, it’s a label that speaks for itself. In lots of ways it feels like coming home.” Protection draws from the energy and passion of face to face’s early records but is filtered through Keith’s unique worldview as a true “lifer” in punk rock, someone whose songs have influenced an entire generation of bands. The result is an urgent and powerful 11-song effort that borrows from the melody and angst of the band’s early days with lyrics that are thoughtfully written from the perspective of a “40 something” veteran punk rocker, from “Double Crossed” and “Say What You Want” (Keith’s personal favorites) to the vicious barb “14:59” and the emotionally moving “Bent But Not Broken.”