Erik Hassle is a Swedish Soul / Pop singer who will be at First Avenue opening for Twin Shadows on Monday 4/13. Not being familiar with his work I found myself enjoying the discovery of his music and background as I researched him. He can be described as “up and coming” and with interviews published in Elle and Vogue clearly, Erik has clearly caught the eyes of people outside the music industry. 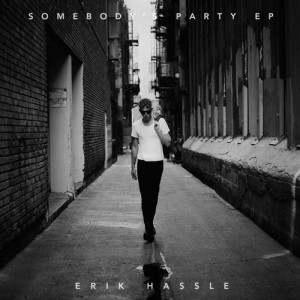 Born and raised in Sweden, near Stockholm, his first single “Hurtful” had good success in Sweden and Denmark followed by a couple of albums which got attention in the UK and other European countries. He moved to LA a few years ago and changed his approach to writing songs.

I had a chance to speak with Erik Hassle last week as he was driving from Dallas to Austin for performance stops with the Broods. He mentioned that people in Dallas have said how different Austin was from the rest of Texas. He truly enjoys being on tour and the frequent change of scenery and audiences. We spoke about his life in LA and how he enjoyed the global experience of LA and at the same time treasured the Swedish music community that has formed in southern California. His record label TEN, is a small independent label focused on promoting Scandinavian artists in the US. 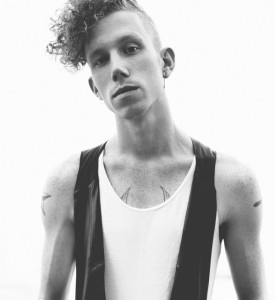 Erik’s debut US EP “Somebody’s Party”, released in 2014, shows a very personal side in his lyrics and music. The songs are his way of dealing with a serious breakup. From his song “What is he like?”: “Have you spent a night there yet? Tell me now, is he anything like me?” Someone clearly took his heart through the wringer. As it is often said about true art, “pain creates beauty”. When asked what inspires his songs, Erik’s answer was simply: “People.” He writes about his experiences with people in his life and the ones he meets on his travel. He is currently working on his next album “No Words” which is scheduled to be released this fall. He will perform one or more songs written for it at the upcoming First Ave show. 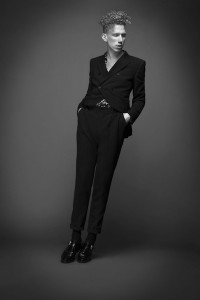 Erik co-wrote a song for Shakira and Rihanna “Can’t remember to forget you” which he describes as a drawn out process. After the song was written it pretty much sat around for a year before being picked up by the duo. This introduced Erik into the Swedish powerhouse of music. During our discussion, I asked Erik about the disproportionate influence Sweden, a country of 10 million people, has on music. Erik credits Abba, back in the 70s with starting this. Sweden began to open up and has since fostered a number of artists, bands and composers whose work has done quite well in the US and globally.

I found Erik to be a very interesting artist that I hope to see a lot more of in the future.

Tickets for his 4/13 show are still available at First Avenue.

“I missed you guys so much! Did you miss me, too?”  If ticket sales and ardent screams are any indication: Yes, Minnesota missed Eric Nam, too.  Backed by a three-piece band and two dancers, Nam […]

Groundbreaking art-rock performer, author and spoken word artist OTEP will embark on a 30+ date U.S. headline run this February and March as part of her “The Resistance World Tour”. The tour will begin in […]