I put an offer in on a house yesterday afternoon. You guys. I. Put. An. Offer. In. On. A House. Needless to say, my head was not in the game when I walked into The 7th Street Entry on Thursday but I wasn’t about to miss Emarosa’s triumphant return to my daily playlist and a show was just what my mind needed to ease all of the stress and anxiety that was currently plaguing me. I needed a show and regardless of where my mind was, my body was at a show.

Sadly, due to the time it took to go through the offer with my realtor and my mental breakdown that had me bawling in my kitchen, I missed majority of opening act Vaines’ set. I did make it just inside the doors in time to hear two songs while my guestlist spot got sorted out from them and, based on what I heard, I really missed out. The songs that I heard had an extremely unique blend of rock, indie, punk, rap… I mean, really, it was all over the place but in the best way possible.

Following Vaines was Too Close To Touch from Kentucky. They brought a little bit of a metal edge to the show which was more than welcomed by my anxiety and stress. Although their music had an edge, it still had a very nostalgic early 2000’s emo vibe to it that I just couldn’t get enough of. Vocalist Keaton PIerce had a voice that could move mountains. There was a sense of power to it but also a sensitivity that could not be ignored. His voice brought a sense of warmth to the atmosphere of the show which added to an undeniable feeling of family and community that reigned supreme throughout the Thursday night concert.

Closing out the show was the one and only Emarosa. Emarosa is one of those bands that held a special place in my hear for many years but sadly took a back seat as the years passed by. Emarosa came out in 2006 and stuck out from all of the other emo-rockers in my life because of their sound. The vocals of this group (even with a vocalist change from Johnny Craig to current vocalist Bradley Walden among other quick changes throughout the year) have always been something that has stuck with me. Much like the vocals of Too Close To Touch, there’s something intense about the vocals but, at the same time, something sensitive and comforting about them. That vibe was felt throughout the soldout audience. There was a feeling of, yes, we are all strangers, but clearly have a common thread that is Emarosa so let’s celebrate it and dance until we can’t feel out legs anymore. 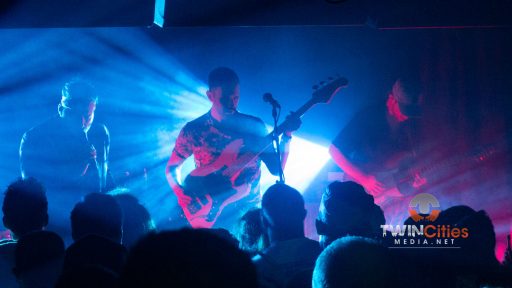 Some of the songs that Emarosa played instantly brought back memories of days gone past while other songs were unfamiliar and brought me a sense of excitement to see that this band was still out there and still doing their thing. The fact that every show on their current tour has sold out told me that although I fell off the wagon, others had not and it’s those people that have kept this band going since the mid 2000’s. The band clearly wasn’t blind to that notion and were clearly giving the excited audience everything they had all topped off with a sense of gratitude that couldn’t be ignored.

I put an offer in on a house last night. I’ve been checking my phone every three minutes for an update and just got a text saying I should have an answer yet today. My nerves and anxiety are out of control but putting myself back at last night’s show mentally is definitely doing a good job of keeping me level headed. 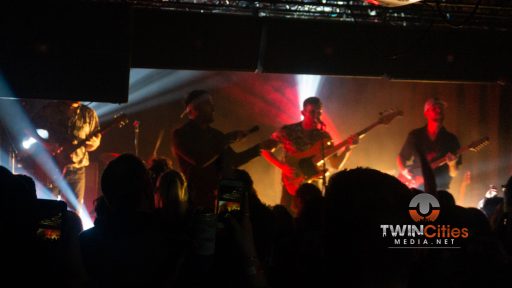 Last time I checked it was Independence Day and now it’s the last week of July. This month has been crazy busy due to multiple weddings coming up early next month. With my mind reeling […]

Marilyn Manson is out touring touring in support of his latest release Heaven Upside Down and stopped by Myth Live on Wednesday night. Despite healing from broken bones due to an on stage accident, Manson […]

Aminé Filled First Ave With A Beautiful Blend Of Emotions

Portland born rapper, Aminé has been making waves in the Hiphop scene since his breakout single ‘Caroline’. Debuting at 96 on the US Billboard Top 100, the single then climbed all the way to 11 […]