Duran Duran come to the the Xcel Center July 23. Touring promoting ” The Paper Gods ” album.  Duran Duran was apart of the MTV British Second Invasion. In 2001  Duran Duran reunited all original band members from 1981. Duran Duran have released fourteen albums since 1981 and have sold over 70 million albums to date. 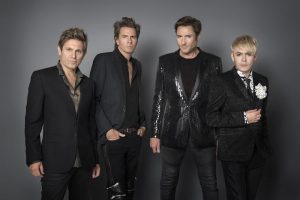 There’s always something special about walking into a sold out show at First Ave. When Better Oblivion Community Center announced their tour, they were set to play at the Fine Line Cafe, but sold out […]

What do you get when you mix garage rock, a blinged out guitar, copious amounts of smoke and a skunk pelt? King Tuff aka Kyle Thomas and his band are a hard working touring band. […]