Admittedly, the lyric from the song Route 66 references a town in Arizona. However, it’s an appropriate reminder for what’s happening this week in Minnesota’s town of the same name.  Midwest Music Festival takes place this Friday and Saturday, April 29 and 30.  TCM published an interview with Executive Director Dylan Hillicker back in February when lineups were announced.  Passes for both dates are available and can be purchased in advance HERE.  You can also purchase a wrist band for either or both days in Winona upon arrival.

Anybody who claims to be a fan of the local scene, or wants to become conversant on what’s happening, will find no better opportunity than MWMF.  70 bands.  8 venues.  A ticket price that can’t be beat.

The best thing about MWMF is the vibe.  It feels like a Homecoming more than a music festival you pay to attend.  It’s also a gathering of musician friends who bounce around to support their peers.  Not many artists just do their set, load out and hit the road.  If you ever wanted an opportunity to chat with members of your favorite acts, you’ll never get a better chance than MWMF.  Not sure who to see?  Ask your favorite artist who they have on their to do list. 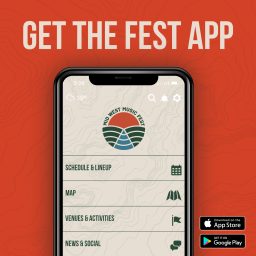 I think it’s also safe to say that the artists themselves are fully aware that their peers are in the audience.  So there’s some extra incentive to bring it.  That’s the thing about following regional bands.  Some gigs remind you why a particular act will remain local.  Some gigs remind you of why that act is so close to moving up the food chain.  MWMF provides a pile of the latter.

Twin Cities Media prides itself on covering the local scene for all the loyal fans who support our own artists, week in week out.  So we’ll be sending three people down to cover the event.  Obviously, there’s more happening than can possibly be covered.   Thank goodness for the scheduling app which will allow us to catch as much as possible.  So check back to see if we made it to your favorite act.

And if our long drawn out winter has you lethargic, it looks like Mother Nature is going to smile on us all with some sun and 60s by Friday.  Springtime amongst the gorgeous river bluffs.   How could we forget Winona?  We’ve been counting the days…HIGHLY RECOMMENDED!

We last covered Minneapolis rock legends Soul Asylum they played the Entry for a packed crowd of about 200 on a cold December night. Now they return with a new announced album (the title seems […]

How does one seek validation as a parent? Turns out for me, it’s knowing that my kids appreciate good music. When my daughter told me about a band she had just seen called VIsion Video […]

I was still recovering from the Yungblud show as I parked my car and walked through Dinkytown to get to The Varsity Theater. I was excited for my Thursday night show but Wednesday night was […]