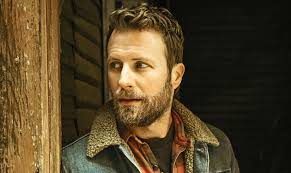 Dierks Bentley returns to Minnesota to play the Great Get Together 8/24. Dierks just released his ninth studio album June 8th 2019 “The Mountain”.  Dierks Bentley is currently touring the U.S. on his “Burning Man Tour 2019”, with special guest Jon Pardi and Tenille Townes.

Multi Platinum recording artist Dierks Bentley was signed to Capital Nashville in 2003. In the past sixteen years Dierks has released nine albums and has a long string of hits. His hits include songs “Drunk on a Plane”,”Living”,”Burning Man”,Somewhere on a Beach”and “Women Amen”.

The Minnesota State fair will be ROCKING with the amazing sound of Dierks Bentley. Tickets are still available. This is a must see concert  for all ages.

Honestly, I can’t accurately begin to describe the elated feeling I had walking to cover a show when it wasn’t either bitterly cold outside or in the midst of the weekly snowstorm. Even if it […]

The band behind the chart-topping American Woman takes the stage alongside Foghat for a night Burnsville isn’t soon to forget. On July 13th the suburbs very own Buck Hill will be closing out three days […]