Minnesota native Craig Finn always struck me as a “thinking man’s rocker”. His songs whether they be with his group the Hold Steady or from one of his solo albums, are not meant for singing along. One has to pay attention to the lyrics to fully appreciate them. He is on tour opening for the Heartless Bastards but at last week’s stop at First Avenue many in the crowd were clearly there to see him.

After the first 3 songs he stated “This is the part of the show where I usually introduce myself. I don’t want to jump to conclusions, but I think it’s safe to assume we can skip that part.” He hinted at a special appearance for a Dillinger Four show on the 4th of July.

Finn’s set was a mix of his solo material with a couple of Hold Steady and Lifter Puller songs thrown in for good measure. Some of the songs he explained in his unique way with comments such as “This is the oldest song I have written that I still like”. He mentioned touring since 1995 and how bands back then always wrote songs about touring and started to suck as soon as they wrote them. Then we proceeded with a song about life on the road but challenged his fans to keep him from ever writing another song about that subject. 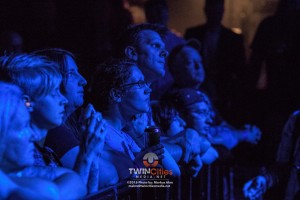 What left the deepest impression about his set on me was the audience. People appeared to be wrapped up in his lyrics and pay full attention. That is a rare gift amongst musicians and Craig has it in spades.
Set List:
Maggie I’ve Been Searching For Our Son
Modesto Is Not That Sweet (Hold Steady)
Extras
Mission Viejo (Lifter Puller)
Certain Songs (Hold Steady)
Western Pier
Newmyer’s Roof
Dennis and Billy

Don’t miss Saving Abel at the Stout Ale House on Thursday April 25th.  It’s worth the 60 mile jaunt straight east on I94 to see a big time band in a small town venue.  Get […]

Niall Horan to Play at the Minnesota State Fair 8/23

Niall Horan released his debut album, “Flicker”, in October 2017. By far on of the more popular records is “Slow Hands”, Rolling Stones wrote, “(it) rides a slick guitar line as it meticulously unspools its […]

The Specials make the Austrian dance at First Avenue

As Trampled by Turtles closed out Festival Palomino, First Avenue’s Mainroom got ready for more lively fare. Ska was back in town and if there is one defining band that been carrying Ska’s battle flag […]