Illism at the Amsterdam – TICKETS 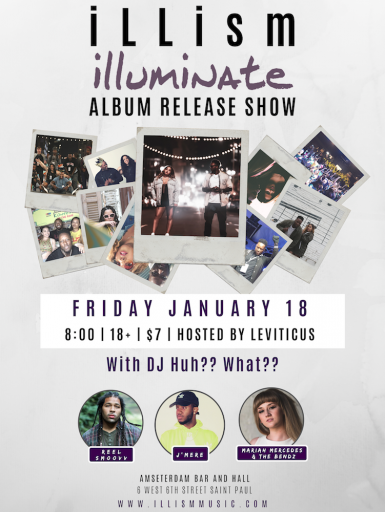 Hip Hop artist Envy and R&B vocalist Fancy, together known as iLLism stand to one day be among the list of the most influential artists of their time. The husband and wife duo are setting their own precedence when it comes to their sound, “Our Music. Our Rules.” From the medley of captivating narratives and melodic infliction iLLism continues to grow in their own predominant role in music’s ever changing trends and still never compromising who they are as artists. Creativity being a staple of their truth, their essences and independence iLLism is on a road to greatness

The Sweet Coleens at the Hook and Ladder – TICKETS 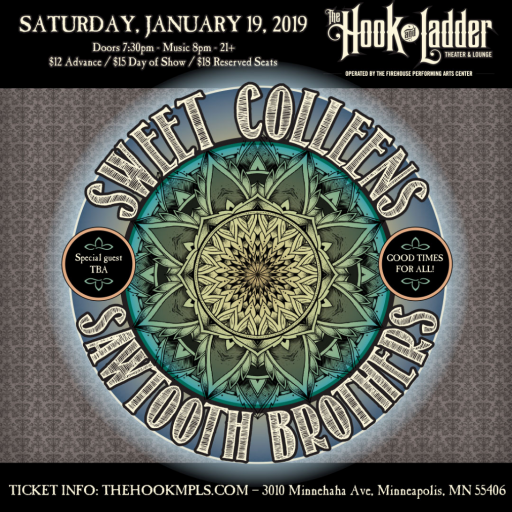 General B and the Wiz / Mae Simpson at the Icehouse – TICKETS 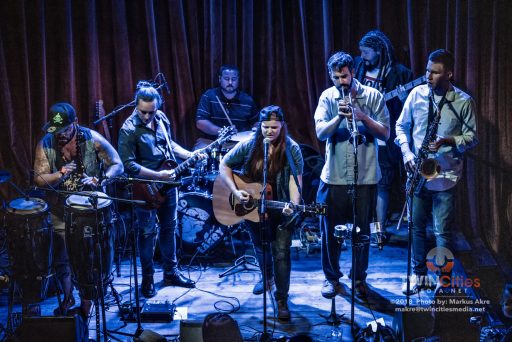 General B and the Wiz is made up of a few really nice jazz boys who are into some really weird, yet wholesome, stuff. The band connects with you, specifically, by writing songs from the heart and putting on high-energy performances that will melt your face and tickle your senses from the inside out. As collaborative songwriters, General B and the Wiz delivers high-energy music that will keep you laughing, dancing, and rocking to your heart’s content until you eventually die someday.

Originally from Beaufort, South Carolina, Mae Simpson spent her  formative years knowing that there were plans to do bigger things in  life.Mae set out from the South at young age and began her musical career in Omaha, Nebraska. At the age of 21 Mae headed north to  Minneapolis. By November of 2017, Mae joined her vocal and guitar talents with Jorgen Wadkins on guitar and Ricardo Romero on percussion.  Influences by blues, soul, funk and folk, the trio quickly realized their collaborative efforts had a sound worth pursuing. The band quickly  added Keaton Judy on saxophone, Paul Pederson on Trumpet, Dave Kellermann on bass and drummer Scott Thomson. Whether the venue is small and intimate, or raucous and roaring, the band members’ contagious  connection draws the audience into each note.

Corey Harris and Cedric Watson at the Dakota – TICKETS 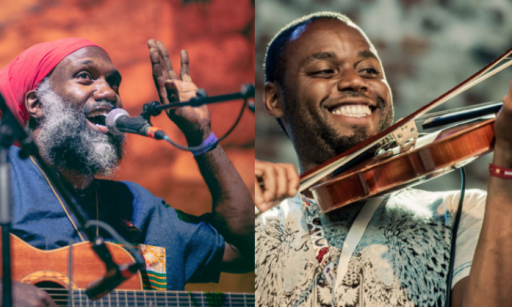 Featuring two of the most vivid voices in “modern-Delta” (Rolling Stone) blues – guitarist, vocalist, songwriter and MacArthur fellow Corey Harris, who has carved out his own niche in blues, and four-time Grammy-nominated fiddler, singer, accordionist, & songwriter Cedric Watson – team up for this special show. True Blues chronicles the extraordinary living culture of the blues in an evening of music and conversation. True Blues vividly brings to life this crucial wellspring of American music.

Tommy Emmanuel and John Knowles at the Dakota – TICKETS 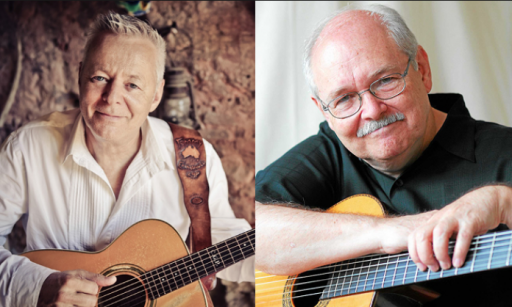 Tommy Emmanuel has achieved enough musical milestones to satisfy several lifetimes. At the age of six, he was touring regional Australia with his family band. By 30, he was a rock n’ roll lead guitarist burning up stadiums in Europe. At 44, he became one of five people ever named a Certified Guitar Player by his idol, music icon Chet Atkins. Today, he plays hundreds of sold-out shows every year from Nashville to Sydney to London.

John Knowles has worked with the finest fingerstyle and classical guitarists including Chet Atkins, Jerry Reed, Lenny Breau and the Romero Family. His Gorilla Song (co-written with his son Jay) is an international hit with recordings by Raffi and XUXA. John’s work has won a Grammy and two Emmy nominations. In 1996, Chet Atkins awarded John the first Honorary CGP (Certified Guitar Player) degree and in 2004, John was inducted into the National Thumb Picker’s Hall of Fame for the second time.