Ocean Alley at The Entry – TICKETS 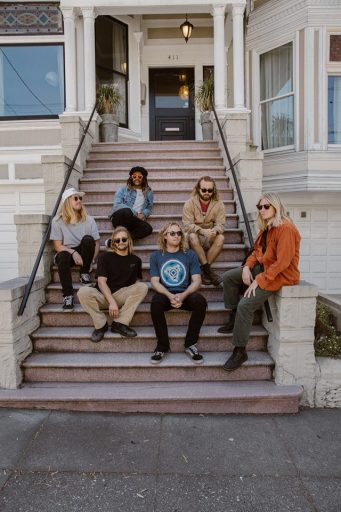 Having fast become a fan-favorite on the band’s sold out Australian tour, conjuring mass crowd sing-alongs on all stops, ‘Knees’ combines dreamy tones with hopeful yet commanding vocals and stunning harmonization. The video portrays an endless summer, the lo-fi, grainy vision evoking a sense of nostalgia as their native Australia moves into the somber, cooler months. Tying in with the album’s theme of dark and light, the heavy weight of the song’s lyrics and emotive sense of longing is juxtaposed with the warm, floating imagery.

Off the back of their sold out 7-date Australian tour, Ocean Alley are now playing across North America for the first time. If the press the band has received regarding their Australian dates are any indication, the U.S. and Canada are in for something special over the next few months – just in time for the weather to heat up on our side of the world.

Trashcan Sinatras at The Amsterdam – TICKETS

The Trashcan Sinatras were formed in 1987 in the coastal town of Irvine, Scotland, by John Douglas, Paul Livingston, David Hughes, Stephen Douglas and Francis Reader. Quickly signed to esteemed British indie label Go!Discs, the group used its label advance to set up their own recording studio, Shabby Road, in nearby Kilmarnock, where they settled in to create three critically- acclaimed albums.

The first of these, Cake, was released in the summer of 1990. Produced by John Leckie, it featured debut single “Obscurity Knocks” and its follow-up “Only Tongue Can Tell”, both of which became alternative radio hits in the USA, and introduced the group to what has become a loving and loyal fan base around the world. Their beloved second album, I’ve Seen Everything, produced by Gentle Giant’s Ray Shulman, came along in 1993, preceded by the lauded single “Hayfever.” The group’s next album, 1996’s self-produced A Happy Pocket, featured four singles, including the band’s much-loved cover of “To Sir, With Love”.

The Trashcan Sinatras will be touring again in 2018, in both their acoustic and full-band configurations. The band recently announced a late spring/early summer acoustic “One Night, Two Albums” tour in North America, where they will play Cake and I’ve Seen Everything in their entirety. This will be followed by a full-band supporting slot with Del Amitri on their July UK tour, as well as their own headline shows in the UK and elsewhere. 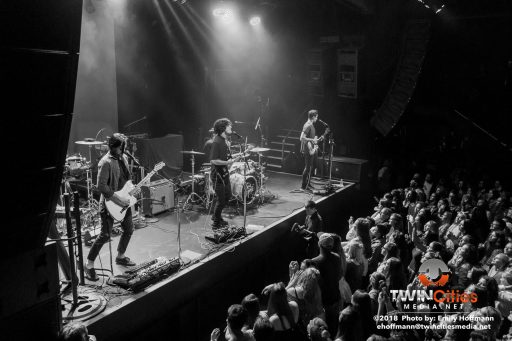 Forming after years of making music in high school, the Minneapolis based pop band, Yam Haus will release their debut album June 8, 2018. Produced by Mark Heimermann at Sevens-Gate Studio in Hudson, WI, the band’s love for punchy pop, old-school rock and roll, sensitive folk, and the beat of hip-hop inspired their first album. Lead vocalist, Lars Pruitt, collaborates with Heimermann to write songs that reflect on the frontman’s past and tell the story of finding meaning in the midst of pain. “In a universe of stories left undone, can you believe that you’ve been given what you want?” 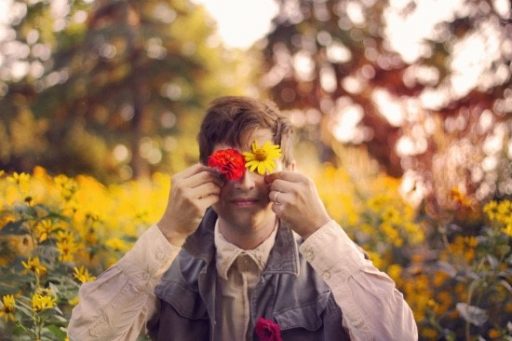 There used to be this warship called the Eaton, I came to find out later. A great steel hulk used in the Pacific. It crashed 3 times after the war (the worst with the USS Wisconsin) and then was sunk for target practice in 1969. The same year Gary Usher and my Eau Claire, WI hometown hero, Curt Boettcher made their last record as Sagittarius; the immersive, sunshiny, Moog-strewn, hippie-nadir The Blue Marble. I also found an orchid outside Eaton, WI last year. It was all on a wavelength. Somehow it all made sense.

I recorded these basement pop songs by myself during work days and late nights when my daughter was sleeping. A Tascam mixing desk & antiquated ADAT machine were used for tracking. It often gave me scary warnings like ‘Error 7’ and spit out my tapes in perceived disgust. I didn’t let that stop me. No click track or punch in’s were used in the making of this record. You’ll be guaranteed to hear the creak, shuffle, slide, and warp.

I played some drums, but then I thought better of it and asked Brian Moen (Peter Wolf Crier, Laarks, Shouting Matches) to help me. He played drums and meticulously and heroically exported my garage band tracks into pro-tools and transformed them into the earnest, visceral and 2-D psychedelic end versions you hear here. Brian is a superior and generous human bean. Thank you for your energies, mon frere. 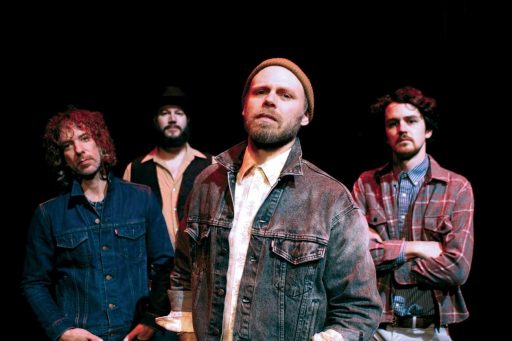 Horse Feathers feels like a secret you don’t really want to share. Over twelve years and five albums, a passionate fan base has experienced this band as a precious commodity that they want to keep close to their hearts. One reason for this can be found in lead singer Justin Ringle’s distinctive voice, at once vulnerable and piercing, and in the quality of the music: gorgeous, lush string arrangements surrounding stark, visceral lyrics whose bite makes a piquant juxtaposition to the surrounding beauty.

Now, however, Horse Feathers has created an album that differs enough from its predecessors to suggest that the cat might get out of the bag. On Appreciation, their sixth full-length and the fifth on venerable independent label Kill Rock Stars, the signifiers of the band are there: Ringle’s warm tenor and lyrics that speak of work, love, and other struggles. But on this album less of the song dynamics are achieved with strings and more with an exciting new rhythm section steeped in Northern Soul. Longtime violinist Nathan Crockett and keyboardist Dustin Dybvig provide continuity, but much of Appreciation (due out May 4, 2018) feels like the best of Ringle’s previous musical ideas just took a giant step into a larger arena.

Snail Mail at The Entry – TICKETS 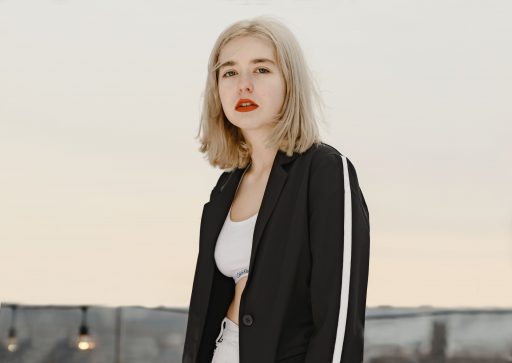 Lindsey Jordan is on the brink of something huge, and she’s only just graduated high school. Her voice rises and falls with electricity throughout Lush, her debut album as Snail Mail, spinning with bold excitement and new beginnings at every turn.

Throughout Lush, Jordan’s clear and powerful voice, acute sense of pacing, and razor-sharp writing cut through the chaos and messiness of growing up: the passing trends, the awkward house parties, the sick-to-your-stomach crushes and the heart wrenching breakups. Jordan’s most masterful skill is in crafting tension, working with muted melodrama that builds and never quite breaks, stretching out over moody rockers and soft-burning hooks, making for visceral slow-releases that stick under the skin.

Jordan’s personal crown jewel of the album, “Let’s Find an Out,” puts her childhood classical guitar training on display.  It’s a road song of sorts, a nod to feeling young and disoriented on her first ever tour: “I’d gotten knocked around a lot by the process. I was scared. It’s sort of this love song about another person who is going through the same thing.” “You’re always coming back a little older / but it looks alright on you,” she belts over her intricate playing, on one of the album’s most pensive and gorgeous moments. Lucky for us all, she doesn’t sound scared anymore.

The Unlikely Candidates at The Garage – TICKETS 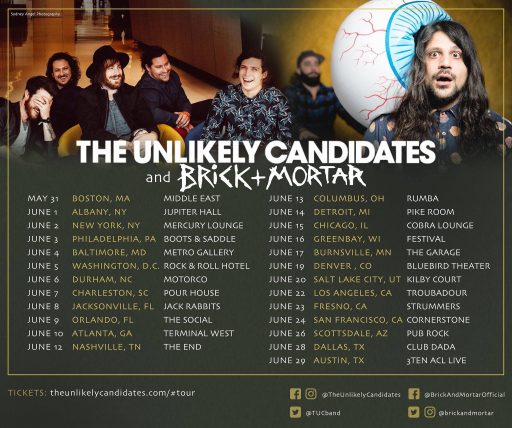 Meet the band that brings grit to alternative pop. The Unlikely Candidates boast a total of 18+ million combined streams on Spotify. Their latest single, “Oh My Dear Lord,” was recently released and is featured on the top rock Spotify playlists, Digging Now, New Noise, and The Scene and is currently one of the Top 50 songs at Alternative Radio. The band also co-wrote and are featured on the Dirty Heads’ new song titled “Celebrate,” which is currently #12 at Alternative Radio. The band also recently performed the song with The Dirty Heads on Jimmy Kimmel Live!.

Flaunting outsider panache and theatrical hooks as oversized as their home state of Texas, these outliers formed at a high school party before going on to release three EPs and log countless miles on the road alongside everyone from Sublime With Rome, The Offspring, the Dirty Heads and Fall Out Boy. In true Rockstar fashion, lead singer Kyle Morris continued to perform the band’s high energy set all while wearing a peg-leg crutch for his then-broken foot on their recent tour dates.

Most recently, 2017’s Bed of Liars spawned “Your Love Could Start A War,” which clocked over 5 million Spotify streams and charted in the top 40 at Alternative Radio.