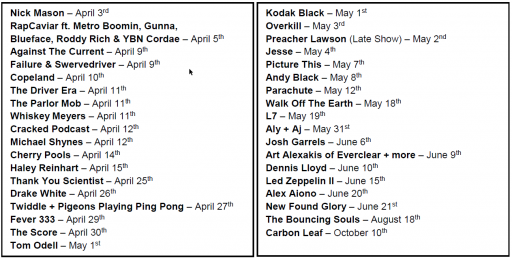 The Coathangers at the Turf Club – TICKETS 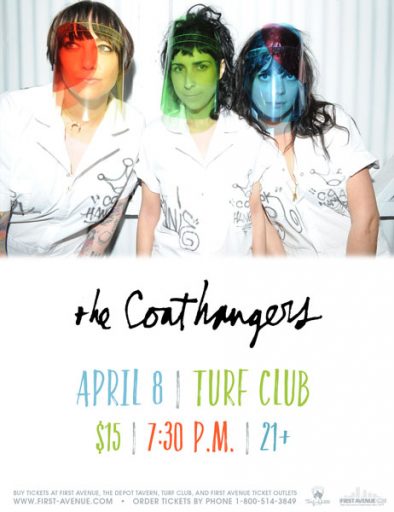 An all-female garage punk band with an irreverent, fun-loving attitude, the Coathangers play purposefully simple, hooky tunes that borrow from vintage girl group sounds and contemporary teen pop acts as much as the old-school punk and new wave outfits that inform their sound. Hailing from Atlanta, Georgia, the Coathangers were formed in 2006 by guitarist and singer Julia Kugel (aka Crook Kid Coathanger), bassist and singer Meredith Franco (aka Minnie Coathanger), keyboardist and singer Candice Jones (aka Bebe Coathanger), and drummer and singer Stephanie Luke (aka Rusty Coathanger) — Kugel and Franco were working together in a dress shop that specialized in wedding gowns and prom dresses; Jones and Luke were earning their living as bartenders. While they could barely play their instruments, they were eager to take the stage, and after playing their first show at a house party, the Coathangers soon made their proper stage debut opening for the Hiss, and their sense of fun soon won over hometown audiences.

They also became friends with fellow Atlanta band the Black Lips, who gave the Coathangers opening slots that helped them gain an even larger audience. In 2007, infamous Atlanta punk label Die Slaughterhaus Records teamed up with New York’s Rob’s House Records to issue the band’s self-titled debut album, and the Coathangers were playing out as often as their schedules would permit, frequently gigging throughout Georgia and venturing out on short tours. Their second album, 2009’s Scramble, was released by Suicide Squeeze Records, and by the time they put out 2011’s Larceny & Old Lace, they were playing throughout the country and even toured Europe opening for the Thermals.

Cowboy Junkies at the Dakota – TICKETS 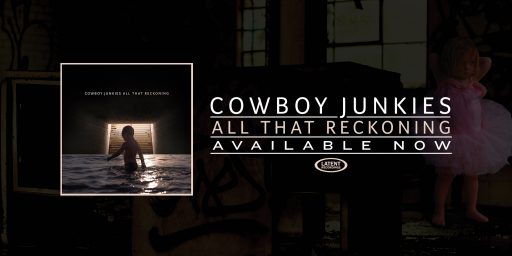 Cowboy Junkies are a Canadian alternative country/blues/folk rock band that formed in 1985. The group’s fame spread with their second album, The Trinity Session, recorded in 1987. Their sound, again using the ambisonic microphone, and their mix of genres earned them both critical attention and a cult following.

The National Parks X Wild at the Skyway – TICKETS 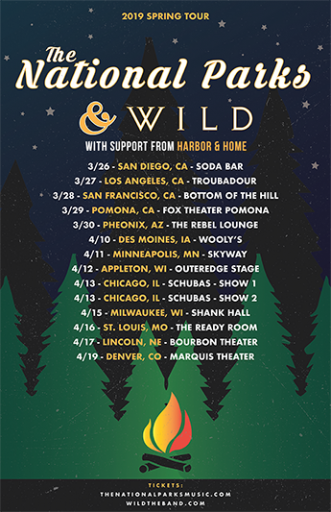 The National Parks was formed by frontman Brady Parks in early 2013 in Provo, Utah. To date, the band has independently released three full-length albums (and a standalone single, “As We Ran”), which together have amassed more than 26 million Spotify streams and garnered praise from press outlets such as NPR’s All Songs Considered, Paste, CMT Edge, Baeble Music, and Pop Matters. The band’s self-booked touring began in the summer of 2014 and by 2016 the act was filling clubs in every region in the country while also performing at KAABOO Del Mar, SXSW, Canadian Music Week, School Night at Bardot’s, Musikfest, Snowmass Mammoth Fest, and Make Music Pasadena.

Excited to announce the release of our debut EP Lace & Layers on November 2nd!  The first single from the EP “Just Begun” is available for streaming now. It’s about being young and reckless, finding your own way and having someone to grow with that loves you for you, unapologetically.

Velvets at the Hook & Ladder – TICKETS 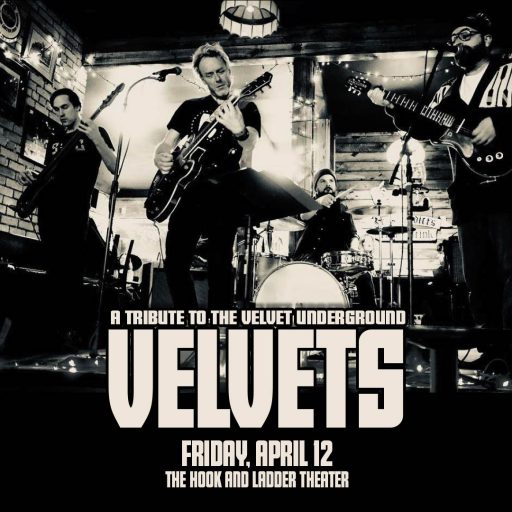 The Hook & Ladder Theater is very proud to present the Twin-City debut performance of Velvets, a tribute to The Velvet Underground featuring an all-star regional line-up, including: Alan Sparhawk & Steve Garrington(Low), Marc Gartman (Glitteratti) and Steven Yasgar (Communist Daughter). Velvets will deliver a (2) set performance at The Hook, spanning the influential NYC band’s catalog with both the familiar and rarities for fans. Special guests TBA. 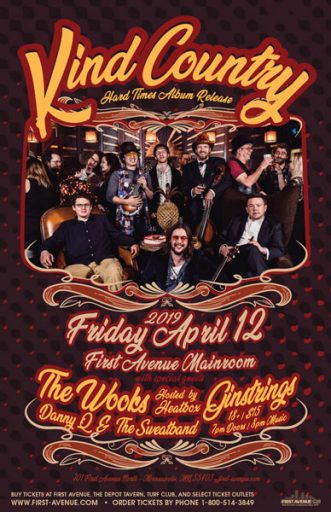 Kind Country released their debut self-titled album Kind Country in the fall of 2013. Since then they have been bringing their music on the road playing live performances at theaters, bars, auditoriums, festivals, and everywhere in between all throughout the United States. Formed as a 4 piece string band (Guitar, Guitar, Mandolin, Bass) in 2012, Kind Country soon grew into a full 6 piece bluegrass band adding fiddle and banjo. A few lineup changes throughout the years have helped the band evolve into what it is today.

In 2014 the band began to include drums in their lineup on occasion and now plays almost all of their performances with a drummer. This addition has helped KC achieve greater depths of exploration in music and opened doors allowing them to develop entirely new components of their sound. Kind Country also on occasion incorporates Keyboard and Saxophone into their live performances bringing the total number of musicians to 8. In late 2015 the band released their second full-length studio album, Hwy 7, recorded at Neon Brown studios in Golden Valley MN.

Todd Snider at the Fitzgerald – TICKETS 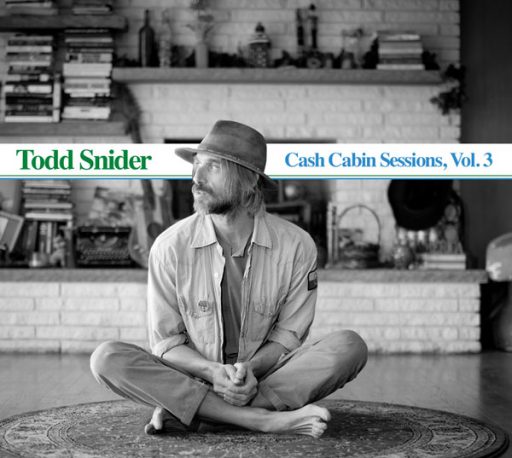 One of folk music’s busiest traveling troubadours, Todd Snider, will bring an evening of song-singing and storytelling to the Fitzgerald Theater for the release of his new album, Cash Cabin Sessions, Vol. 3. Snider, a witty songwriter who is just as entertaining in-between songs as he is while singing them, has released 17 albums since 1994, including two live records, a tribute album to his friend and mentor Jerry Jeff Walker and a slew of others that showcase his unique humor and skilled songwriting abilities.

The native of Portland, Oregon became an author in 2014 when he finally put his many stories into a book that is aptly titled, I Never Met A Story I Didn’t Like. Similar to any Todd Snider concert, the book takes readers on an entertaining journey through the songwriter’s experiences both on and off the road. When he’s not traveling the country with his guitar and stories, Snider is fronting Hard Working Americans, a widely-popular jam band that also includes drummer Duane Trucks and bassist Dave Schools from Widespread Panic. 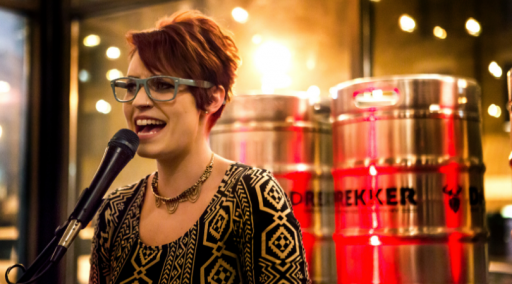 As a classically trained pianist and a homegrown church choir singer, Lacey used the skills she learned over the years to craft her own songs with driving melodies and a modern hint of soul. After playing in countless coffee shops, bars, restaurants, breweries, and sidewalks, Lacey independently released her solo live EP, “Will Play for Coffee” in April 2017. Eventually, she worked her way up to open for acts including Stephen Kellogg, Eric Hutchinson & the Believers, Rufus Wainwright, Mason Jennings, & Reina del Cid. As she built traction and a steady fanbase, Lacey received full Kickstarter support that allowed her to record her debut full-length album at Creation Audio in Minneapolis. Now, she is excited to release the LP, “Over Again,” with a full band to back her up! Fans of Lacey’s music also enjoy: Regina Spektor, Sara Bareilles, Julien Baker, Brandi Carlile, Ingrid Michaelson, Phox, Lawrence