AKUA at the Entry – TICKETS 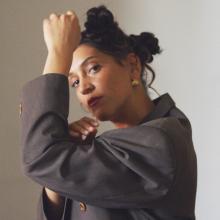 If you’re not familiar, Canadian-Ghanian artist AKUA toured the world with Solange on the back of her debut EP One’s Company, and following the untimely death of her father due to cancer. After years of performing on some of the world’s biggest stages, she realized that she’d never properly-tended to her grief. With her boldly-beautiful debut album Them Spirits, she explores the experience of loss from all sides, chronicling the crippling and generative intensity of grief in music that is celestial, soaring, and honest.

Refinery29 described Them Spirits as “truly the work of a mind operating on another level, musically.” I have her visual for the lead single “Offering” off of her debut album Them Spirits below – let me know if you’d like to do something around the show ?

Gouge Away at the Fine Line – TICKETS 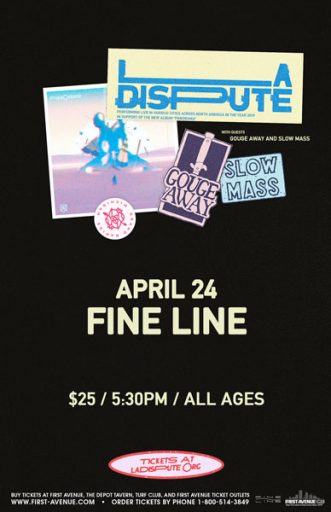 What started as an outspoken hardcore band around 2013, has mutated into an angular blend of sass and spitefulness. Taking cues from bands of yesteryear such as Unwound, The Jesus Lizard, and Fugazi, we find Gouge Away pulling no punches.

Vocalist Christina Michelle comes with a deeper introspection on struggles with mental health, not holding back with this incredibly personal outpouring. Guitarists Mick Ford and Dylan Downey bring a dissonance to their sound that separates the listener from what could be expected while the rhythm section made up of Tyler Forsythe and Tommy Cantwell aggressively keep the songs in place.

The Florida born five-piece recently recorded their Deathwish Inc. debut with Jack Shirley at Atomic Garden (Deafheaven, Oathbreaker, Jeff Rosenstock) which was co-produced by Jeremy Bolm of Touche Amore. Burnt Sugar appeared on many Best of 2018 lists including those by Revolver, Stereogum, AV Club, NME, and Brooklyn Vegan. Having shared the stage with bands such as Touche Amore, Ceremony, Culture Abuse, Drug Church, Daughters, G.L.O.S.S., Thursday, Paint It Black, and Russian Circles, the band has no plans of slowing down anytime soon.

Handmade Moments at the Entry – TICKETS 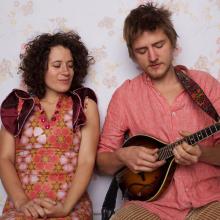 “What makes the homey Ozark stew of Handmade Moments so very nourishing, so perfectly spiced? Partake and be effortlessly guided through wistful and deep channels of musical flavor, rich with hearty roots and fungi, vegetables home-gardened and watered from the sacred well of American musics: jazz old-time country blues soul hip-hop rock (and it don’t stop). Glistening with insight and whimsy, long-simmering with righteous compassion and beauty, Handmade Moments are a fearless all-weather duo – complementary spirits of musical tightrope and magic – serving up entrée to their secret river of goodness.” — Matthew Souzis 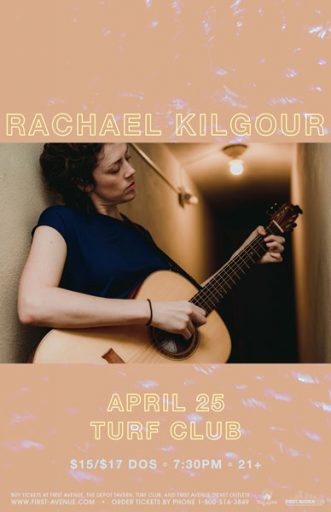 Rachael Kilgour is a Minnesota-born, Boston-based songwriter and performing artist whose sincere, lyric-driven work has been called both brave and humane. The 2015 grand prize winner of the esteemed international NewSong Music Performance & Songwriting Competition and winner of the 2017 Kerrville New Folk Contest, Kilgour has been featured at NYC’s Lincoln Center, at The Kennedy Center in Washington D.C. and by the ASCAP Music Cafe at the Sundance Film Festival.

Married in her early twenties, Kilgour devoted her young adulthood to parenting her stepchild and building family and community. Her work from that time (Self-Titled 2008, Will You Marry Me? 2011, Whistleblower’s Manifesto 2013) chronicled her life as a young parent in a same-sex partnership and addressed sociopolitical issues from government corruption to income inequality and religious hypocrisy. Kilgour’s music career took a backseat during those years as she lived a slow, home-focused life.

In 2014, divorce brought an unwanted end to her role as a member of the family she had helped to grow. In the aftermath, Kilgour found solace in songwriting. Her third full-length album, Rabbit in the Road, was born out of that time. Called “…a heartfelt slice of master crafted indie folk brimming with the battle-tested capacity to endure the worst in others” by Billboard, Rabbit in the Road took an intimate and often painful look at the failed marriage and loss of family. Kilgour’s writing and delivery cut deep, with resolute simplicity. Ravelin Magazine observed “this sort of metonymic ability to evoke the whole of someone or the entirety of a feeling is typical of Kilgour’s poetic songwriting.” 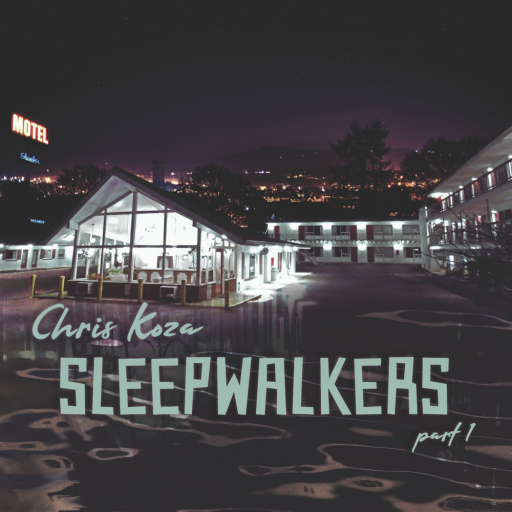 Sleepwalkers Part 1 is Chrisʼs seventh solo release, following Exit Pesce (2004), Patterns (2006), A Friend of a Friend EP (2006), The Dark Delirious Morning (2008), In Real Time (2014), and Beyond the Divide: A Film Soundtrack (2014). Additionally, Chris has also released 5 albums with his band Rogue Valley and 2017ʼs electro-pop collection Off The Screen under the moniker Nobody Kid.

In addition to releasing and producing his own music, Chris is also involved with other projects including performing with Minnesota-based artists The New Standards and Little Fevers. Chris also records and produces other artists, most recently 2 EPs for buzzworthy rockers Early Eyes.

The music Chris produces is rooted in Americana but heeds its own spirit. Born out of folk, country, storytelling and rock ʼn roll, Chris both honors and builds on Americana traditions by incorporating a unique pop-music sensibility, subtle synthesizers, rich harmonies, and imaginative production choices. But despite late-night deep dives in the studio, Chris never strays from the core of the song itself and isnʼt afraid to let a raw vocal and woodsy acoustic guitar deliver the story. Chris performs solo, as a duo, and with a band of almost any other configuration.

Bayonne at the Entry – TICKETS 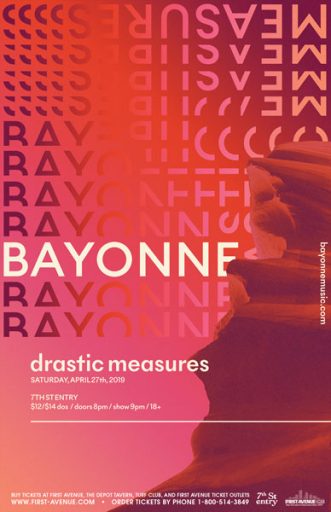 Each song on Bayonne’s Drastic Measures is orchestral in texture, unfolding in countless layers and kaleidoscopic tones. With great intensity of detail, the Austin-based artist otherwise known as Roger Sellers deepens that sonic complexity by weaving in elegantly warped samples of the field recordings he’s gathered for over a decade. But in its powerful melodies and pristine arrangements, Drastic Measures ultimately bears a pure pop lucidity even in its most grandiose moments.

Driven by the dynamic percussion and luminous piano work signature to Bayonne’s sound, Drastic Measures takes its title from a track that embodies the album’s central theme: the instability inherent in an artist’s life, and the often-futile attempt to attain balance. With its unrelenting urgency and heavy-hearted lyrics (“Common sense should tell me that the ones I’ve sinned against say goodbye”), “Drastic Measures” looks at the disorienting effects of constant touring. “After a while you kind of start to lose touch with home and your friends and your family,” says Sellers. “You come back and feel like you’ve missed out on a lot, like you’re stepping into a whole different life.” 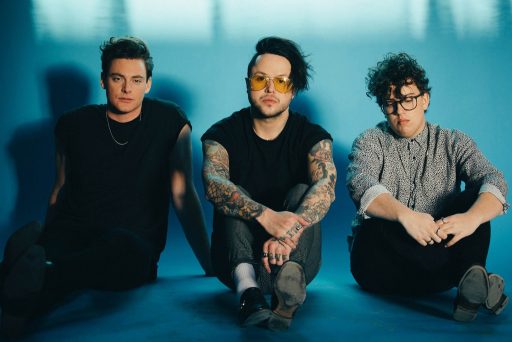 Music gives a voice to those who need it when they need it the most. Our favorite artists say the difficult things out loud, so we don’t have to — but can learn how to.

By the same token, lovelytheband translate emotions, anxieties, and feelings into lush, layered, and lively indie pop anthems. When the band was founded by lead singer Mitchy Collins, guitarist Jordan Greenwald and drummer Sam Price in 2017, the trio maintain a lasting connection to listeners by holding nothing back.

“I really believe the importance of songwriting is saying something when someone else doesn’t know how to,” affirms Mitchy. “In the songs, I’m talking about life, trials, tribulations, depression, anxiety, and shit I deal with as well as the headaches that come along with the good and bad days. My problems don’t define me, but we should embrace every side of who we are. The message is, ‘Everything will be fine.'”

This message immediately resonated among audiences everywhere. A centerpiece of the everything I could never say… EP, the group’s debut single “broken” caught fire as “the longest running #1 track on Alternative Radio thus far in 2018” with six weeks at the top. In under a year, it amassed 25 million total global streams. BuzzFeed summed it up as “So. Damn. Good.” Billboard proclaimed the group among “10 Rock & Alternative Artists to Watch in 2018” as they supported Vance Joy and AWOLNATION on tour between headlining dates everywhere. Everything paved the way for the arrival of the band’s first full-length, finding it hard to smile [RED MUSIC]. Produced by “broken” collaborator Christian Medice, these 16 tracks entrance, engage, and enchant, offsetting shimmering keys, sweeping synths, and spacey guitars with cathartic, compelling, and catchy choruses. 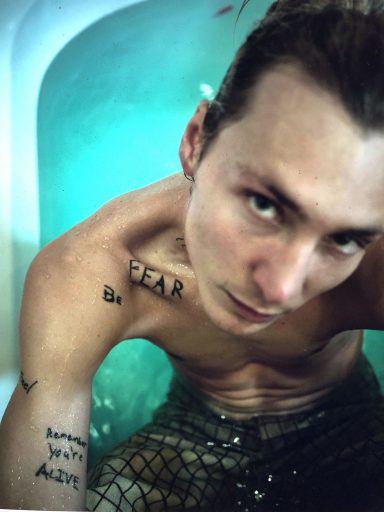 The world is full of duality as we search for equilibrium – this search for balance and self-discovery powers Jagwar Twin, hence the album title Subject to Flooding. Just as one can be flooded with love and emotion, flooding can also bring destruction. In letting go and using one another as a mirror to grow, we often find ourselves. Motivated by a shared human spirit, Jagwar Twin melds a worldly-ensemble of alternative sounds. Roy English, the driving force behind Jagwar Twin, emerges as a spiritual monk warrior with a powerful voice and prophet-like poetry paired against a landscape of 60’s style guitars, gritty hip-hop break beats, and flipped MPC samples reminiscent of Dark Fantasy-era Kanye West. As a self-taught singer in high school, Roy was bullied for his vocal tone but early on realized that he could channel that negativity into self-exploration through music. A chance introduction to GRAMMY Award winning producer Jeff Bhasker [Kanye West, Harry Style] set Roy on the path to follow his dreams, but the ups and downs in the industry were ever-present. Jagwar Twin was eventually born when Roy hooked up with producer S1 [Kanye West, Lorde], and rock producer Linus, who brought a lifestyle and diet that consisted of Himalayan shillijit tar, fasting, saunas, ice baths and meditation during studio sessions all with the goal of removing ego from the process. This free environment led to a democratic production process which ultimately welcomed contributions from Jeff Bhasker, Travis Barker of blink-182 and more. The highly collaborative creative process reflects the greater idea behind Jagwar Twin – connecting our energies and spirits together can lead to something greater than initially imagined, a welcome message amongst the fragile state of the world emotionally, physically, environmentally and politically.