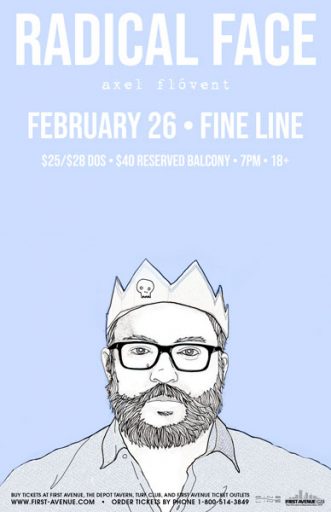 Radical Face is the solo project of Ben Cooper. His first release official release was in 2007, though earlier online-only albums started popping up as early as 2003. He now spends most of his time in Los Angeles, still making records in a living room.

“Hello, Hope, it’s been a while,” go the opening lines of “Dead Ends”, the centerpiece of Ben Cooper’s latest EP as Radical Face. After giving eight years of his life, creatively and emotionally, to his three-part The Family Tree series — The Roots (2011), The Branches (2013), and The Leaves (2016) — Cooper had indeed lost touch with hope. He’d too long grasped ideas and perceptions that held him back from peace. Speaking with a professional finally enabled him to let go, something he’s honored by naming his new effort Therapy.

Indie-folk prodigy Axel Flóvent first rose to fame at the age of 19 with the 2016 Forest Fires EP. Originally from the northern Icelandic fishing village of Húsavík, Axel has since developed an international audience having played to audiences on both sides of the Atlantic. He has played support to names such as Mumford and Sons and Ásgeir.

While many Icelandic musicians describe drawing influence from Iceland’s natural environment, Axel found his creativity picking up speed first in Amsterdam and then in Bristol; he left Iceland in 2017 to be closer to his record label in the Netherlands, and subsequently released the single “City Dream” that same year. 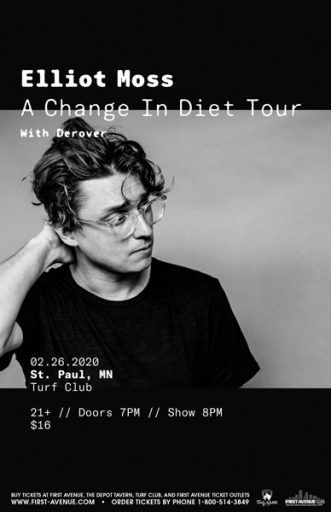 Elliot Moss’ new album A Change In Diet represents a shift, a dividing line separating nearly everything he once knew from his future. The album captures a period of upheaval that altered Moss’ habits, relationships, and even his songwriting. Across the 11 songs, he methodically details the nature of change and the ways it can be liberating, discomforting, and often essential. “A change in diet is one of the first things that any self-help resource or therapist will recommend to you,” he explains. “The title is almost a joke because it feels like a crazy oversimplification of your problem. But at the same time it’s not wrong.

Gowns at the Skyway  – TICKETS 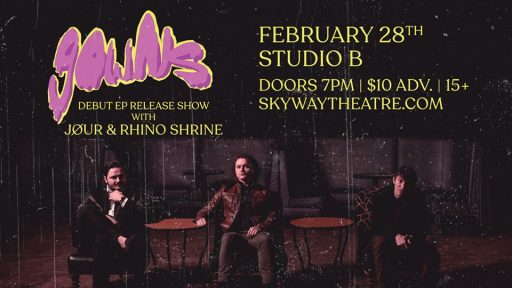 Gowns is an anthemic alt-rock band performing in Minneapolis. John Bair and Zach Reiff are transplants from West Virginia and North Dakota, respectively. Evan Willie, Brian Wagner, and Eric Wagner are Minneapolis area locals. Gowns’ debut EP “The Hollows” explores themes of youthful anxiety and becoming, religious fanaticism, and infidelity through a character who reminisces and resents figures in his past.

Gowns’ music toes the line between pop hits and rock band riffs. Gowns prioritizes fan engagement and is known for playful and energetic shows. This is echoed in reviews like Glenn Weidendorf’s, “these guys had the crowd SO pumped. Absolute joy to work with and their music is superb.”

Bambara at the Entry – TICKETS 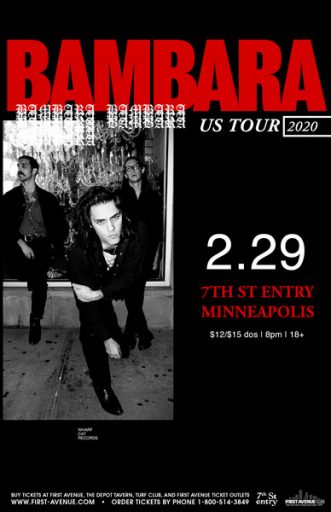 Founded in Athens, Georgia by twin brothers Reid and Blaze Bateh, and bassist William Brookshire, Bambara have been steadily attracting attention since the release of their 2013 debut. Earning praise from places like Pitchfork, NPR, VICE, Bandcamp, Spin, DIY, BrooklynVegan and The Quietus, and touring non-stop in the US and Europe with like-minded artists like IDLES, METZ, Girl Band and Daughters, the band released their most celebrated album to date in 2018 with Shadow On Everything, a release that NPR dubbed a “mesmerizing western, gothic opus.”

Ekali at the Skyway  – TICKETS 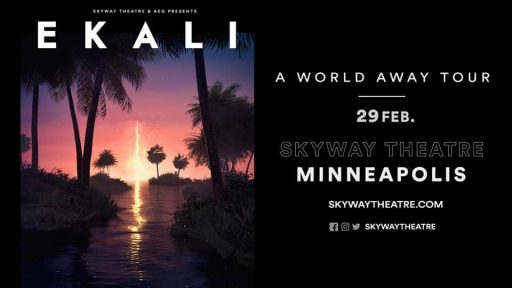 Genre-defying artist and producer Ekali (known for early production credits on Drake’s If You’re Reading This, It’s Too Late [60+ million streams], along with high-profile collaborations with Denzel Curry, Yuna, K. Flay, Medasin, ZHU, Falcons) is coming through Minneapolis to play at Skyway Theatre on 2/29. Would love to have you come out and experience his live set, and also set up a review. Let me know and I’ll add you to the list!

If you haven’t heard yet, Ekali just dropped an incredible album. You can check that out here! Originally hailing from Canada, Ekali’s Crystal Eyes EP was nominated for a prestigious Juno Award as Electronic Album of the Year, and his last release, “Be Fine” ft. Wafia, reached over a million global streams in its first month alone. His previous single “Back To You” (feat. Kiiara) came out in October, accruing over 150,000 streams in the first 24hrs… with numbers like these, the future is looking bright for Ekali.