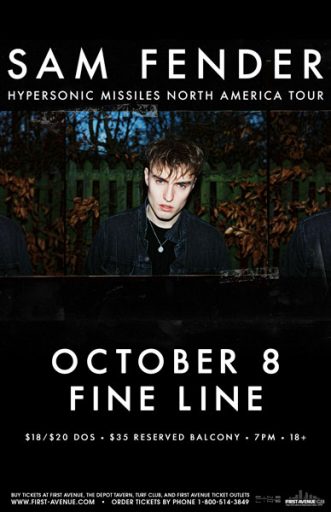 If 2018 felt like a noteworthy twelve months for North Shields musician Sam Fender, in truth, those first few chapters of his story have barely been written. With a debut album in the works for later this year, his opening bow in the US currently being rubber-stamped, and a handful of sold-out UK shows already long-since in the diary, 2019 is surely when it starts getting serious.

Following a hectic year of touring, signing a record deal, and becoming one of the hottest new names in the industry and beyond, Sam concluded 2018 being awarded his first BRIT Award, as the Critics’ Choice for the year ahead. It was a fantastic and humbling nod for an artist who spent very few days off the road, and is determined to repay the faith with a supersonic 2019.

Kicking off this month with a new single, Play God is one of the songs that first set him out on his journey. Originally released independently to ensure any new fans he made had something to hear online when discovering Sam live, it encompasses everything that makes him such a fascinating young prospect; angular, sharp and ambitious guitar-led melodies coupled with Sam’s observational, questioning and socially engaged lyrics.

The Bros Landreth at the Turf Club – TICKETS 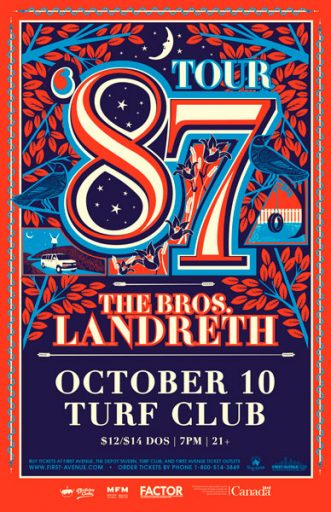 Before they were The Bros. Landreth, Joey and Dave were only looking for a good excuse to spend a little more time together. They had spent their respective early years backing up other artists and touring the world as hired musicians until one particularly long and challenging tour prompted Joey to call his older brother with a simple proposal. “When I get home, let’s sit down and make some noise together” would be the call that would be the turning point – seeing them focus on their own roots rock sound that went on to be celebrated on their acclaimed debut album, Let It Lie.

Originally released in their hometown of Winnipeg in 2013, Let It Lie was re-released in 2015 after signing a record deal with Nashville-based Slate Creek Records. The album received widespread acclaim, won multiple awards including a JUNO, and propelled the band to play over 400 tour dates around the world. A Rolling Stone review praised the band’s “quiet storm of slide guitar solos, blue notes, three part harmonies”. Lifelong musical hero, Bonnie Raitt, was equally impressed after catching the band’s set, saying “I haven’t liked a band as much as The Bros. Landreth in a long time. To hear this kind of funky, southern style rock played with such originality and soul will knock you out.”

Coyote Kid at the Amsterdam – TICKETS

If you are not familiar with the name, you haven’t been paying attention 🙂 This is the new name of one of our Staff’s favorite bands Marah in the Mainsail.

Cinematic is the word most often used to describe Minneapolis based Coyote Kid’s sound. Precise yet primitive jungle drums set the stage for the eclectic and powerful ensemble to sweep you away into their haunting world. Like oil and water, Durry’s gravel voice alongside Cassandra’s crystal clarity form a stirring, yet beautiful contrast, all being thrust forward by shimmering Spaghetti-Western guitars, growling bass, and soaring brass. Their lyrics paint a thrilling picture of monsters and ghosts, murderers and thieves, love and guilt, and everything in between.

Formerly known as Marah in the Mainsail, Coyote Kid has been carving their place in the music industry for years, performing at SXSW in 2017 and 2018, the iconic First Avenue Mainroom in their home town, and countless venues and festivals across the country. Revitalized with an all new name and presentation, Coyote Kid is poised and ready to explode onto the world stage with their unique, genre-bending sound. 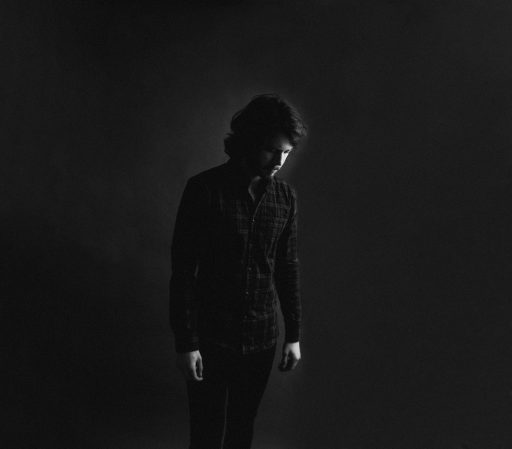 It really feels like coloring outside of the lines. For as much as the music of Old Sea Brigade remains rooted in Americana, indie, country, rock, and ambient soundscapes, it blurs and breaks barriers, tossing and turning between analog cinematic flourishes and provocative lyricism based on hard-won wisdom. Amidst this mélange of textures, Atlanta-born and Nashville-based singer, songwriter, and multi-instrumentalist Ben Cramer allows the emotion to resound loudest on his full-length debut, Ode To A Friend [Nettwerk].

“I tried to put myself into my own bubble,” he explains. “I chose to do something that felt like me. It’s the best representation of my songwriting and what I grew up loving about music. I hope you can pull your own meaning from it.” He’s been encouraging audiences to do just that since first emerging in 2015. After the breakup of his last band, he wound up back in Atlanta at his parents’ house with “no idea what to do.” So, he figured it out.

The artist combed through his personal sonic archives, found inspiration, and started feverishly writing. Soon after, he teamed up with producer Jeremy Griffith to record Old Sea Brigade’s self-titled debut EP. The single “Love Brought Weight” caught fire, generating over 16 million Spotify streams. In the meantime, he inked a deal with NETTWERK after founder Terry McBride personally reached out on Facebook.

Purple Ones 4 at Lush – TICKETS 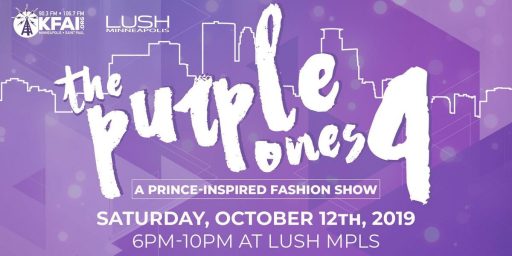 This Prince inspired event includes emerging and established Twin Cities fashion designers competing to create a complete and cohesive look inspired by a song from Prince’s robust catalogue. All of the looks are showcased on the runway in front of an excited audience and judged by a panel of local and national luminaries. This year’s judges panel include last year’s winner, Nancy May Kuldge, Jonathan Badboy-Gibson, Andre Hollingsworth, Carah, Darcie Baumann, Star Jones, and Elizabeth Mauban.

LUSH will be totally decked out in purple, Prince’s music will be jammin’ all night long, and we’re serving Prince inspired signature drinks. After the fashion show, stay for a the Prince After Party Dance! Purple Ones is produced and hosted by Quinn Villagomez, KFAI Board of Directors Member and host of Fresh Fruit, the longest running weekly Queer radio show in the country (Thursdays from 7-8pm).

When you support KFAI, you’re joining us to promote: creativity, inclusion, body positivity and above all, acknowledging the unifying power of Prince!

The following is our mission statement: KFAI is a volunteer-based community radio station that strives to deliver information, arts and entertainment programming for an audience of diverse racial, social and economic backgrounds. By providing a voice for people ignored or misrepresented by mainstream media, KFAI increases understanding between peoples and communities, while fostering the values of democracy and social justice.

Lucy Dacus at the Cedar – TICKETS 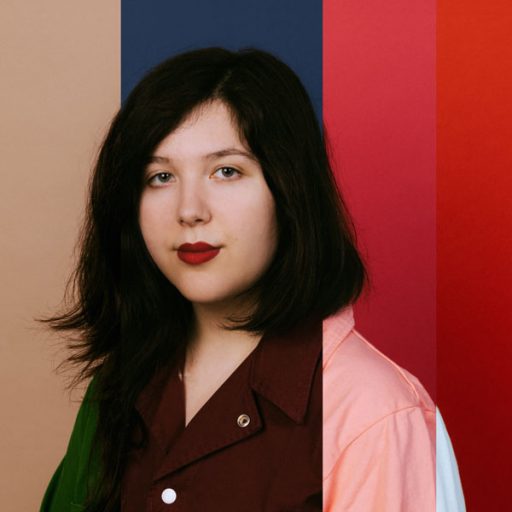 Lucy Dacus is done thinking small. Two years after her 2016 debut, No Burden, won her unanimous acclaim as one of rock’s most promising new voices, Dacus returns on March 2 with Historian, a remarkably assured 10-track statement of intent. It finds her unafraid to take on the big questions — the life-or-death reckonings, and the ones that just feel that way. It’s a record full of bracing realizations, tearful declarations and moments of hard-won peace, expressed in lyrics that feel destined for countless yearbook quotes and first tattoos.

“This is the album I needed to make,” says Dacus, who views Historian as her definitive statement as a songwriter and musician. “Everything after this is a bonus.” She emphasizes that she does not take her newfound platform as a touring musician for granted. “I have this job where I get to talk to people I don’t know every night,” she remembers thinking on the long van rides across America to support No Burden. Realizing that she would have a dramatically expanded audience for her second album, she felt an urgent call to make something worthwhile: “The next record should be the thing that’s most important to say.”

The past year, with its electoral disasters and other assorted heartbreaks, has been a rough one for many of us, Dacus included. She found solace in crafting a thoughtful narrative arc for Historian, writing a concept album about cautious optimism in the face of adversity, with thematic links between songs that reveal themselves on repeat listens. “It starts out dark and ends hopeful, but it gets darker in between; it goes to the deepest, darkest, place and then breaks,” she explains. “What I’m trying to say throughout the album is that hope survives, even in the face of the worst stuff.”

Selwyn Birchwood at the Dakota – TICKETS 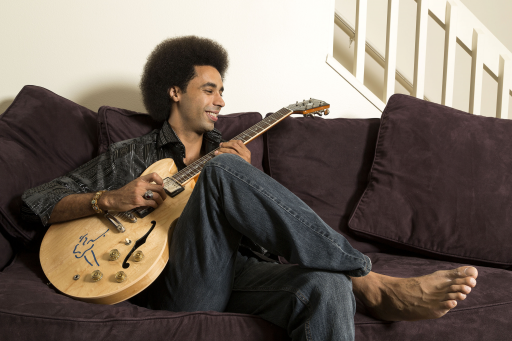 With his fiery guitar and lap steel playing, his trailblazing, instantly memorable songs and gritty, unvarnished vocals, Birchwood is among the most extraordinary young stars in the blues. His deep familiarity with blues tradition allows him to bust the genre wide open, adding new sounds, colors and textures, all delivered with a revival tent preacher’s fervor and a natural storyteller’s charisma.

Birchwood wrote and produced all 13 songs on Pick Your Poison. His richly detailed, hard-hitting originals run the emotional gamut from the humorously personal My Whiskey Loves My Ex to the gospel-inflected Even The Saved Need Saving to the hard truths of the topical Corporate Drone and Police State to the existential choice of the title track.

Birchwood’s high-octane blues—at once deeply rooted, funky and up-to-the-minute—are played with passion and honest emotion. With his band feeding off his drive and exuberance, the striking 6’3” young man with his trademark Afro roams the stage (often barefoot), ripping out memorable guitar licks with ease, his soulful, rocks-and-gravel vocals firing up the crowd. His ability to win over an audience—any audience—is proven night after night on the bandstand.

Since the 2014 release of his Alligator Records debut, Don’t Call No Ambulance, Birchwood’s meteoric rise from playing small Florida clubs to headlining international festival stages is nothing short of phenomenal. The album received the Blues Music Award and Living Blues Critics’ Award for Best Debut Album Of 2014, and he won the 2015 Blues Blast Rising Star Award. Selwyn and his band have crisscrossed the U.S. and Europe repeatedly, delivering unforgettable live performances. Rave reviews ran in publications from Rolling Stone to The Wall Street Journal, from The Chicago Tribune to The San Francisco Chronicle. 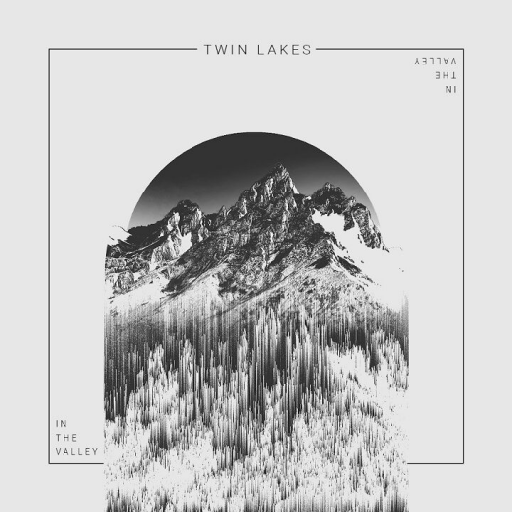 Minnesota folk rock band Twin Lakes will be releasing their debut full length album entitled IN THE VALLEY. The album explores themes of loneliness and solitude, capturing both the pain – and the glory – of being alone after experiencing heartbreak.

IN THE VALLEY serves to amplify the rhythmic, organic, and folk rocky sound that is Twin Lakes. Let this album take you on a journey.