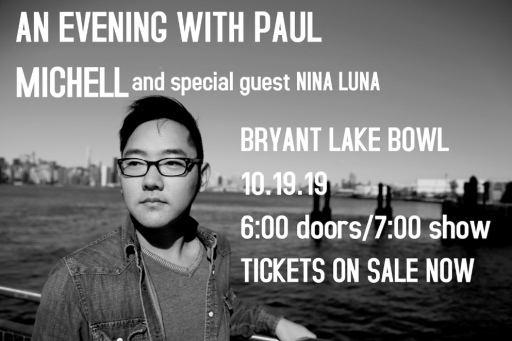 Piano pop singer/songwriter Paul Michell now lives in New York City but is originally from Minneapolis, MN. Having cut his teeth in the Twin Cities music scene for over two decades, and releasing two EPs (Wake Me Up – 2012 and We Keep On Dreaming – 2014), Michell finally took his talents to New York City to begin writing his first full-length record Break the Fall. Break the Fall is a sonic departure from his previous work, replacing a traditional piano base with sweeping string sections, electronic beats, big harmonies, distorted synthesizers and the kind of vocal trickery made famous by artists like Imogen Heap, Bon Iver or Brandon Flowers. What hasn’t changed is Michell’s love for combining stories of heartbreak with massive pop sensibility, which is exactly what you’ll find in this 11 song release. Michell will be joined by musicians Alexander Young [Ashleigh Still, Jeremy Messersmith, Rogue Valley] on drums, Benjamin James Kelly [Ashleigh Still, John Mark Nelson, Lorie Line] on bass, and Owen Sartori on guitar.

Dead Soft at the Entry – TICKETS 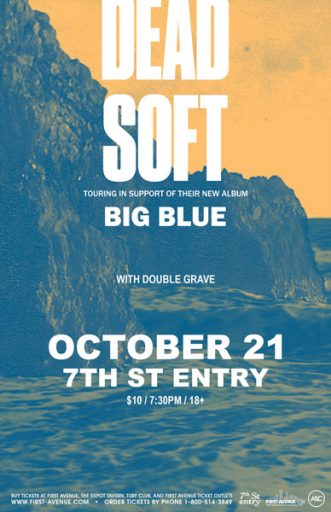 Hailing from a small inlet island in the Pacific Northwest, Dead Soft is a four-piece band pairing playful, melody-driven rock ‘n roll with high energy power-pop anthems. Or, as the band describes it: “Dead Soft is grunge-punk for the people.” The band’s 2018 EP, New Emotion, features five catchy, earnest fuzzed-out rock songs that act as an empowering reminder that you are in control of your life, even when life feels out of control.

Dead Soft was founded in 2011 by partners Nathaniel Epp (vocalist/songwriter) and Keeley Rochon (bassist/vocalist) as “a fun living room rock project.” At the time Epp and Rochon were living in Victoria, BC, but had been best friends and playing music since they were teenagers in the small coastal fishing town of Prince Rupert.

Penelope Isles at the Amsterdam – TICKETS

Brighton, UK-based quartet Penelope Isles’ debut album, Until the Tide Creeps In, is due out July 12, 2019 on Bella Union. Formed around the chemistry between siblings and dual songwriters Jack and Lily Wolter, Until the Tide Creeps In is an album deepened by shared experience. Born in Devon and raised on the Isle of Man, the Wolters’ bonds were strengthened by separation when Jack moved away to study art at university at 19, when Lily was 13.

As he puts it, wryly, “By the time I moved home Lily was not so much of an annoying younger sister anymore and had grown up and started playing in bands and writing songs. We soon became very close. I had written some songs, so we started a band called Your Gold Teeth. We toured a bit and then Lily left for Brighton to study songwriting. A couple of years later I moved down and we started Penelope Isles together.”

Natasha Bedingfield at the Varsity – TICKETS 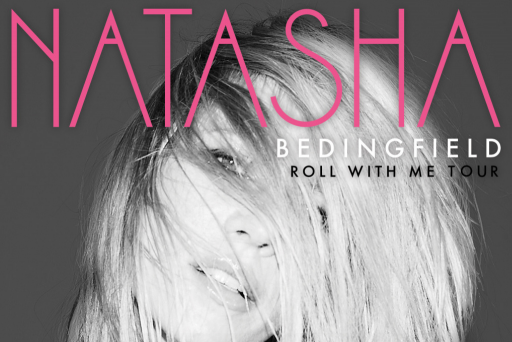 Natasha Bedingfield grew up in London, surrounded by a culture of creativity in the arts and music after her parents immigrated from New Zealand. Inspired by her brother Daniel, who in 2001 scored his first radio hits, she began writing and soon signed a deal with BMG, followed by a much acclaimed, top-selling album, “Unwritten” that debuted at number one on the British charts. Bedingfield’s rhythmic pop sound netted her Platinum artist status, a Grammy Award nomination for Best Female Pop Vocal Performance and multiple Brit Awards noms for Best British Female Artist. ‘Unwritten’ was the most played song on US Top 40 radio that year and was the title track for MTV’s ‘The Hills’ at the peak of reality programming popularity, becoming an anthem of its time. Her VH1 award-winning song with John Legend and Kanye West inspired the channel to rank Bedingfield number 66 of 100 greatest women in music. Natasha has collaborated with a wide range of artists from Nicki Minaj (by Minaj’s invitation) to Big Sean, Rascal Flatts, Stevie Wonder, Brandy, Bruno Mars, Sean Kingston, Lil Wayne, Paul McCartney, Sheryl Crow, and Jon Bon Jovi. Her new album is produced by Multi-Platinum producer Linda Perry, releasing on Perry and Kerry Brown’s label WE ARE HEAR in August.

mxmtoon at the Amsterdam – TICKETS 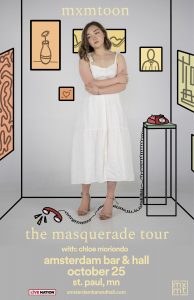 mxmtoon (pronounced em-ex-em-toon) is the moniker of 18-year-old Maia, the Oakland-based singer, songwriter, and ukulele player who has amassed hundreds of thousands of followers online for her highly relatable songs that either make you want to belly laugh or weep along with her and her self-deprecating and goofy youtube videos. she sings of love, friendship, racial identity, and more, lyrically taking a dive into the common insecurities of the coming-of-age teenager. On her debut EP, due out later this year, she continues that run of thoughtful considerations with more songs about romance, body confidence, and more, all recorded from the confines of her parents’ guest room. Passionate, genuine, and warm, mxmtoon feels like a friend you can rely on, in bad times and good.

Unfazed by what a typical pop artist today is “supposed” to look like and how the typical pop artist is “supposed” to sound, Heather Mae, an award-winning songwriter whose evocative vocals and rhythmic piano style call to mind artists like Stevie Nicks and Sara Bareilles, creates intoxicating music that tackles complex topics surrounding mental health, LGBTQ+ issues, self-love, racial injustice, social inequality, and women’s rights. Inspired by her own personal experiences and identities – a queer, plus-size woman living with Bipolar Disorder – and those of her multifaceted fans with whom she has forged connections throughout her many years of touring across the United States, Mae crafts powerful lyrics and unforgettable music about life’s moments–from the quietly chaotic to the explosive.

In 2016, after an eight-month period of silence to recover from vocal nodules, Mae made a vow: she would dedicate her career to solely write music that made the world a better place. Her independently-released debut EP I AM ENOUGH, which reached #58 on iTunes Pop Album charts, was her announcement to the world. Mae, who was dubbed “the new queer Adele” by L-Mag,  envelopes her audience with a message of hope.

Her newest project, GLIMMER, is a collection of nine songs supporting one central theme: ”Feel To Heal.” Within the grooves of the new album, Mae wrestles with the complexities of existing as a human with mental illness. From her #MeToo-inspired feminist anthem “Warrior,” featuring a choir of 100+ female vocalists, to “You Are My Favorite”, a love song written for her wife inspired by her own wedding vows which will surely be the 2019 wedding soundtrack for LGBTQ+ couples, Mae shows she’s nothing less than a powerhouse. She has examined her struggle with Bipolar Disorder from every angle in order to create her most sonically adventurous set of recordings yet–and to remind us that we aren’t alone. 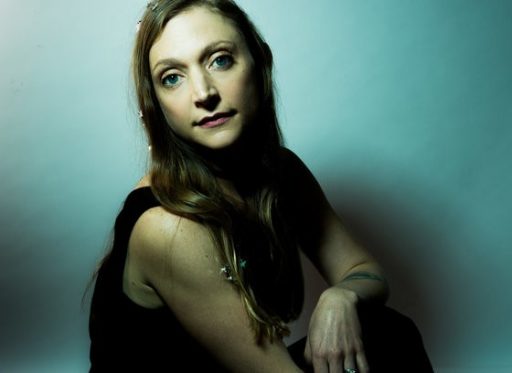 Eilen Jewell stops by the Hook and Ladder Theater along the release tour of her new album, Gypsy. It’s been said that her singular voice springs forth from a woman of more than one mind on this new album. By turns personal and political, pissed off and blissed out, Gypsy draws brief moments of joy into lifetimes, and distills epic sentiments and persistent doubts into beautiful tails of insight and emotion.

And last but certainly not least. The Fillmore Minneapolis has announced their lineup for their initial shows for their opening next year. Twin Cities Favorite Brandi Carlisle will headline the first 3 nights playing a different set and lineup each night. After that a good mix of artists will be on the bill. 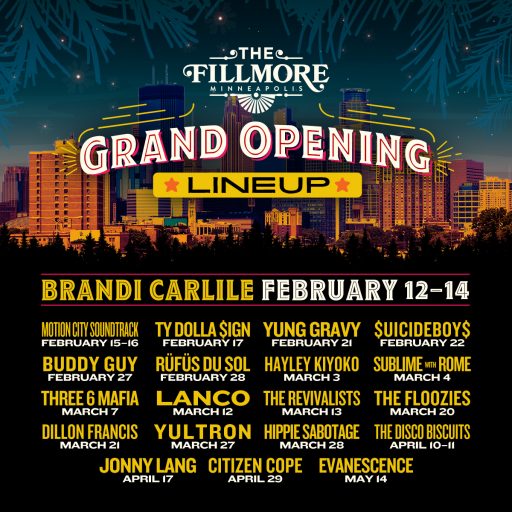