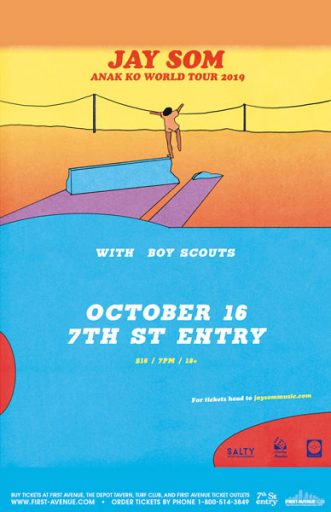 Melina Duterte is a master of voice: Hers are dream pop songs that hint at a universe of her own creation. Recording as Jay Som since 2015, Duterte’s world of shy, swirling intimacies always contains a disarming ease, a sky-bent sparkle and a grounding indie-rock humility. In an era of burnout, the title track of her 2017 breakout, Everybody Works, remains a balm and an anthem.

Duterte’s life became a whirlwind in the wake of Everybody Works After spending her teen years and early 20s exploring an eclectic array of musical styles — studying jazz trumpet as a child, carrying on her Filipino family tradition of spirited karaoke, and quietly recording indie-pop songs in her bedroom alone — that accomplished album found her playing festivals around the world, sharing stages with the likes of Paramore, Death Cab for Cutie, and Mitski.

In November of 2017, seeking a new environment, Duterte left her home of the Bay Area for Los Angeles. There, she demoed new songs, while also embracing opportunities to do session work and produce, engineer, and mix for other artists (like Sasami, Chastity Belt). Reckoning with the relative instability of musicianhood, Duterte turned inward, tuning ever deeper into her own emotions and desires as a way of staying centered through huge changes. She found a community; she fell in love. And for an artist whose career began after releasing her earliest collection of demos — 2015’s hazy but exquisitely crafted Turn Into — in a fit of drunken confidence on Thanksgiving night, she finally quit drinking for good. “I feel like a completely different person,” she reflects. Positivity was a way forward.

Taylor Vick makes music that is instantly comforting and arrestingly beautiful. Under her songwriting moniker Boy Scouts, the Bay Area artist has spent over a decade refining her craft, penning heartbreak confessionals over glitchy drum loops since MySpace days. It wasn’t until 2015 that Vick put together a live band and became a staple of San Francisco and Oakland lineups.

On her forthcoming album, it feels like Boy Scouts has truly arrived. Recorded and produced by Stephen Steinbrink, every element exists purely to serve the songs – the bass lines bounce and guitars are lush, but nothing gets in the way of Vick’s true superpower, her voice. Delicately layered harmonies exude an effortless grace, and make the most casual lyrics hit the hardest. There’s something so honest about her songs, they feel like late night therapy sessions with your best friend.

Jeremy Ivey at the Entry – TICKETS 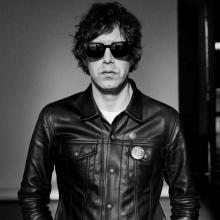 “I’m riding on a booger in the sneeze of space. That’s my bio,” jokes singer/songwriter Jeremy Ivey. It’s a tongue-in-cheek—albeit oddly fitting—description of the the Nashville-based performer, who has operated in the background for years, initially performing in bands like Secret Handshake and country-soul group Buffalo Clover with his wife, celebrated country-rock luminary Margo Price.

But now, at 40, Ivey is ready to take a much-deserved step into the spotlight with a debut LP, The Dream and the Dreamer (out on September 13, 2019 via Anti- Records). “I want to prove that you can be in your 40s and be at the peak of your creativity,” he says. “Not a has-been, but as an ‘is-being.’” Recorded in a “little bitty house studio” in Nashville and produced by Price, the nine-song album hosts a collection of homespun, deeply introspective tracks. Ivey, who writes prolifically and ideally wants to release an album a year, cites everyone from the Beatles to Neil Young, Leonard Cohen, and Bob Dylan as influences.

Beneath the album’s generally up-tempo exterior, though, lies a deep preoccupation with the news cycle and problematic nature of Manifest Destiny. “I wrote ‘Diamonds Back To Coal’ during a very frustrating week in America,” Ivey said. “It was the week that the Vegas shootings and the alt-right march happened. The slogan ‘Make America Great Again’ is an influence on the chorus. [Because] if anything, we’re making the environment worse. When we came and infiltrated the Native Americans’ way of living, we started reversing the beauty that this land had. It has to do with modern man being a trespasser.” 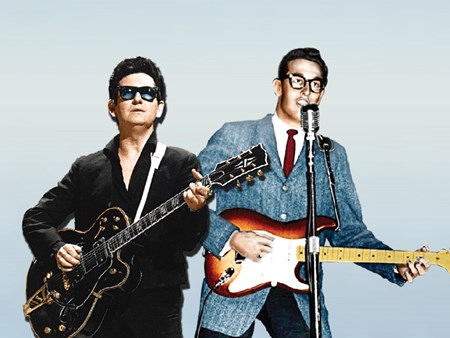 Thanks to cutting-edge technology, Rock ‘N’ Roll pioneers Roy Orbison and Buddy Holly are returning to the stage for an unforgettable night of music and spectacular visual effects. The legendary singer-songwriters are revived by groundbreaking holographic cinema, remastered audio and live music to create an immersive experience fans of all ages will love. Sing along to chart-topping hits like “Only The Lonely,” “You Got It,” “Peggy Sue” and “Oh, Pretty Woman” while Roy Orbison and Buddy Holly illuminate the stage one last time. 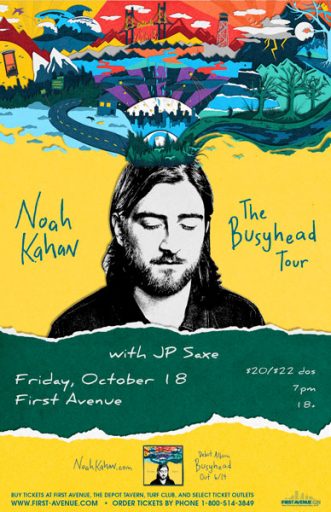 No matter how far you go, you bring home along too. Within two short years, music quite literally carried 22-year-old singer, songwriter, and artist Noah Kahan around the world—a long way from his native Strafford, VT (pop. 1,045) and the 133-acre tree farm where he resides. On the trip, the alternative troubadour notched an international hit in the form of “Hurt Somebody” [feat. Julia Michaels], which tallied 200 million-plus streams in the span of a year, went triple-platinum in Australia and gold in six other countries, and was the third most played song on Australian Top 40 radio in all of 2018. Additionally, he performed the single on the Late Show with Stephen Colbert during his late-night television debut.

As Noah steadily averaged over 5 million-plus monthly listeners on Spotify, his songs “Young Blood” and “False Confidence” racked up millions of streams and he sold out tours in North America, Europe, and the UK. Not to mention, he garnered acclaim from Billboard, Stereogum, Clash, Idolator, and more. In the midst of this whirlwind he assembled his highly anticipated upcoming debut album Busyhead to be released on June 14, 2019. For as much as the road twisted and turned, the journey led right to the album…

“My life has taken a 180° turn,” he admits. “I’m on a very different path than what I thought I would do. I feel nostalgic for a time when I was younger and had less to think about. I had the latitude to be whimsical, free, and young without knowing what’s going to happen. I get nostalgic for the locale where I grew up, because the scenery is so beautiful. Going from this to bigger cities and tours is crazy for me. The transition informs the storytelling. I’m getting a little more cunning and self-deprecating. The truth is—regardless of where I’ve gone—my parents still yell at me to pick up the dogs’ shit when I’m back home,” he laughs. 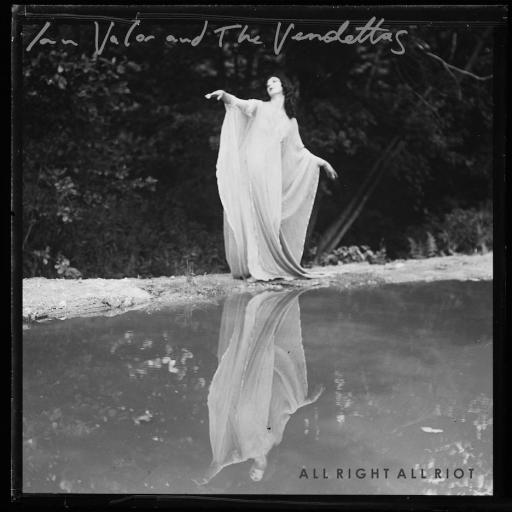 Ian Valor & The Vendettas are a rock band based in the Twin Cities. The band consists of Ian Valor (guitar/vocals), Jeremy “Mel” Melzer (bass) and Sara Horishnyk (drums). They deliver their own style of kicked up, old school rock’n’roll with heavy dustings of rockabilly, punk and blues.

Starting out as a Misfits cover band called “The Misprints”, the group would meet after work in the back room of a Minneapolis office building to play. In 2017, they formed Ian Valor & The Vendettas and started to play shows around the Twin Cities, cutting their teeth on a month long residency at 331 Club. Since the recording of their debut, All Right All Riot, the group has played extensively, supporting artists like The Bad Man, The Sex Rays and Daddy Long Legs at 7th Street Entry.