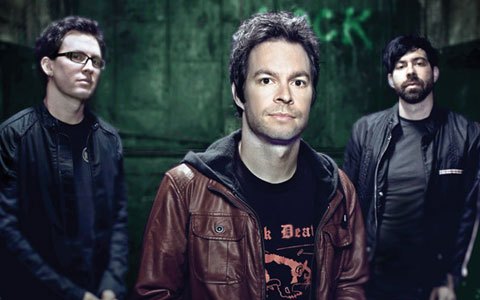 Chevelle will rock The Palace Theatre 12/14. Bands 10 Years and Aeges will being opening for Chevelle. Chevelle is a alternative rock band from Chicago, Illinois. Chevelle has sold over four million albums in the United States to date. The band’s first studio album, Point #1, was released on a small record label called Squint Entertainment. Chevelle’s second album, “Wonder What’s Next” released 2002 and was certified Platinum after a debut at No. 14. “This Type of Thinking (Could Do Us In)” released 2004. Chevelle has since released a fourth album, “Vena Sera”  in early 2007. Their  a fifth album, “Sci-Fi Crimes” came out 2009. Their sixth album “Hats Off to the Bull “ released in 2011. Their seventh album, “La Gárgola,” was released on April 1, 2014. Their eighth album, “The North Corridor”, was released on July 8, 2016. With all of the mega hits Chevelle will certainly play a chart topping setlist. This concert is a must see. Few tickets are available.