Over the past few weeks the buzz about Bruise Violet has been steadily increasing. New EP (Survival of the Prettiest), an in studio performance at The Current and Radio K, a nice write up in City Pages. And all that while they are still in high school. Just a bunch of nice, well behaved Minnesota young ladies.

Prior to Sunday’s show at the Amsterdam, Bruise Violet sent a tweet to Taylor Swift “hey @taylorswift13, you should come to our show at @AmsterdamBar651 tonight!! it’s totes walking distance & i swear we’re cool ok bye xo”. Never mind the 1000s of crying teenage princesses that would have filled the Xcel had Swift decided to skip her own show.

Promptly at 7 PM Bruise Violet took the stage, Emily opened with a dreamy sounding “La La La” and then proceeded to kick ass, shatter expectations, and take names. Their lyrics are as hard hitting as their music. Many of their songs deal with challenges young women face today. From male privilege in “Sketchy Jeff”, to break ups “Maybe You’re the Problem” (Sorry for whatever I said, But it’s time you own up to it too, Don’t make me pity you, ‘Cause I already do). 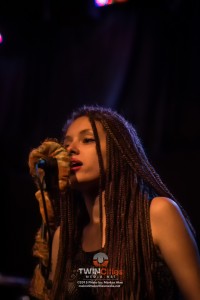 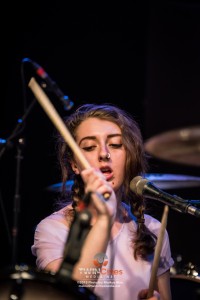 They are not shy about their opinions either “I’m in a position of power, I have a mike and you don’t”. “Use all your money on our merchandise, because CAPTALISM!” Veteran punk band FEA who followed them heaped praise on the trio “You are so far ahead of most bands” and gave good advice “Keep playing, and stay together”

My favorite definition of punk music is “Two minute bursts of anger”. Well, most of their songs are about 3 minutes, but who’s counting? Bruise Violet’s sound is hard driven by bass and drums in true punk fashion. Their stage presence belies their ages. The buzz and the hype are real. We will be seeing some very cool things from these women!

Get their EP on Bandcamp 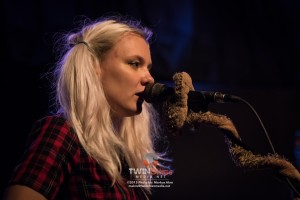 And just to get us back to reality one of drummer Danielle’s last remarks was: “We’re Bruise Violet, and we got school tomorrow”

I turn 29 in just over a week and to say I’m having a crisis over it would be an understatement. I’m watching all of my friends get married, have kids, buy houses and here […]

One of the great pleasures (and biggest challenges) of reviewing shows for TCM is the assignment to create a Top 5 Concert year end list.  Note to self:  There’s one.  If Saturday night’s show isn’t […]

I went to last night’s show because I was intrigued. With shows being a bit slower than usual, I’ve found myself going to anything that I think may be interesting and, with a band name […]