Their get to know the US tour will have them opening for Like Pacific at the Amsterdam on 10/23. Tickets are still available HERE 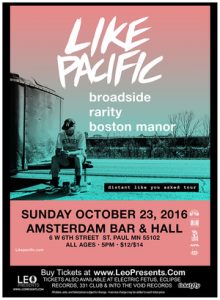