American indie folk band Bon Iver will be setting up camp in the Twin Cities at the Excel Energy Center on October 3rd. The Autumn tour overall is a celebration of their most recent and 4th album i,i.

Formed in Eau Claire, Wisconsin, the group has grown to international fandom and hype. Lead by the chilling, ghostly, yet sexy lead vocals of Justin Vernon, the group has become the flagship for the indie folk scene, raising the bar for the genre across the United States, especially after winning a handful of Grammy awards and reaching critical acclaim with several of their previous albums.

I for one can’t wait to spend this evening with Bon Iver- who else is planning on going? 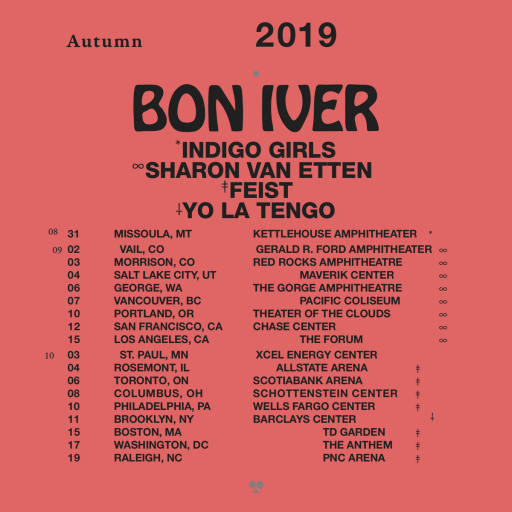