Tom Searle lost his battle to cancer in August 2016, shortly after the band released their seventh studio album, All Our Gods Have Abandoned Us. This album was an absolute masterpiece, and took the band to new territory of being the undisputed top-dog in the metalcore scene. Following the news of Tom’s passing, the band took a short break to recoup and heal before hitting the road for their All Our Gods Have Abandoned Us album tour. During this run, they played a stunning string of shows all over the world, including full legs in Europe and North America.

After the tour wrapped up, there was question concerning if Architects would continue on making new music or take an understandable hiatus from writing. In a recent interview, drummer Dan Searle (brother to Tom) released that the two of them had been working on songs for a new album prior to Tom’s death. Holy Hell features some of those songs, as well as brand new music.

“Ultimately, there were two choices (for us)” drummer Dan Searle mentioned. “Feel sorry for yourself and believe the world to be a horrible place and let it defeat you, or let it inspire us to live the life Tom would have wanted us to live. Holy Hell is about finding value in the nightmare we all go through.” 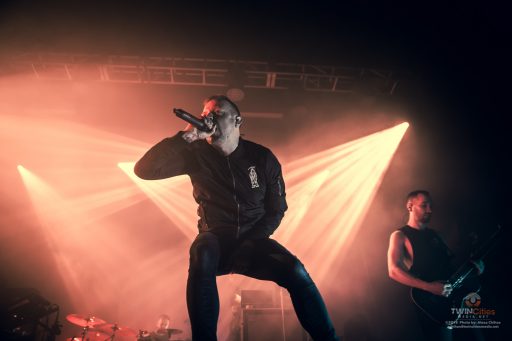 After giving it a few initial spins, I can say that Holy Hell is one of Architects most evolved and impressive albums to date. The full production, tight musicianship, and ungodly vocal range of lead singer Sam Carter are why Architects are arguably the best metalcore band going right now. At first, I didn’t know what hit me. This album has so much depth and is so sonically rich, each song stands out on its own.

Here is a breakdown of the new album track by track:

Death is Not Defeat: Deciding to open the album with a song titled, “Death is Not Defeat” pretty much says it all. This is the first song on the tracklisting that sets the pace for the rest of the album. It’s a statement that Architects are not done or defeated after the loss of their beloved founding member Tom Searle. They are alive, strong, and they are carrying on. The song is a nice introduction to the album, and even features a soft instrumental hymn lingering against the background behind Sam Carter’s vocals. A unique sound that blends in with the heavier nature of the song.

Hereafter: This was the first single aside from “Doomsday” released for the album, and man are the production and vocals are good. Just when you think he’s achieved some kind of screaming pinnacle, Sam Carter seems to get better and better the more time goes on. I honestly find myself in a bit of awe and amazement hearing how Carter’s vocals progress and evolve with each album. “Hereafter” offers a catchy chorus that lingers as a heavy and welcome earworm. The lyrics are dark, honest, and incredibly haunting as you can tell they are a direct reflection of the band’s struggles dealing with the grief of losing Tom and deciding to continue on in his footsteps. It is one of my personal favorite tracks on the album.

Mortal Afterall: This song opens up with a tight, hooky guitar doodle and beat. It starts somewhat slow, but then picks up full speed during the chorus. It is another one of Architects heavy yet dynamic songs. This song sounds huge and offers an incredibly powerful punch. The lyrics are again an obvious expression of understanding and coping with the fragility of life, as Carter furiously belts out the lyrics “I guess we’re mortal afterall” towards the end of the song. Another one of my favorites.

Holy Hell: I’m going to be honest, this song surprised me a little. The title track to the album starts out a bit unusual, as it opens with orchestral strings playing at the beginning, sort of placing your ears in the center of a classical symphony. This is a departure from the standard chuggy electric guitar that normally hits you first in an Architects song. Overall, the song is really kind of beautiful, and has some unique dynamics. I think it is a welcome divergence from the rest of the album, and offers something different to listeners. 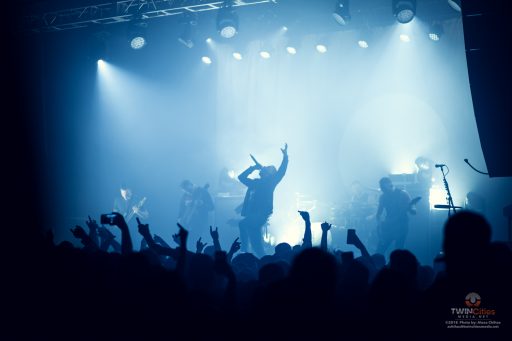 Damnation: This song immediately screams Architects right from the get go and features more of Carter’s growing, intense vocals. It is definitely big sounding, and I appreciate it. The breakdown towards the end of the song is wonderfully groovy and a bit heavier than the rest of the song. An overall really solid tune on the album.

Royal Beggars: This song is incredibly dynamic, ranging from fast riffs to slow, melodic verses. It sounds big, and will no doubt be an absolute banger live. Overall, it offers a little bit of everything and sounds like a proper Architects song. Another one of my favorites on the album.

Modern Misery: If you are looking for a song to come out and punch you straight in the face, this is it. Modern Misery goes from 0-100 right off the bat and delivers an incredibly hard and heavy energy. Between the djenty riffs and Sam Carter’s expansive vocal range, it may very well be my personal favorite on the album. After a heavy beginning, the end of the song tapers off into an incredibly melodic and beautiful outro.

Dying to Heal: Something about this song seems incredibly heartfelt. It’s almost like you can feel the pain coming through in Carter’s voice. Around minute 2:35 of the song just after belting out the chorus, Carter lets out a long and emotional scream where his voice carries on for so long it almost breaks. “Dying to Heal” seems like a powerful expression of grief and sorrow but ultimately overcoming the pain in the end. Featuring the repeating lyric, “Enough pressure will create a diamond”, there’s something about this that I really clung into when listening. It really is hauntingly beautiful. In addition to great vocal work, the guitar parts are tight and incredibly skillful as well.

The Seventh Circle: This song absolutely shreds. It sounds more like a thrash metal song than a typical Architects song. It’s fast, heavy, and ultimately not long enough. I love it. More of this please.

Doomsday: I still remember the feeling I got when I heard Doomsday for the first time. It was a brand new endeavour into uncharted territory. The first piece of music the band released without Tom. A powerful statement to let the world know they were still making music and were back with a mission. Doomsday is incredibly emotional but deeply powerful all at the same time. I am glad they decided to put this on the album instead of leaving it on its own as a single. Every time I listen to this song, I can feel the raw intensity the band put into this song pulsing through my headphones. This song is a beautiful testament of strength and determination, featuring some of my favorite lyrics, “I have to do this for you, and the only way out is through.”

A Wasted Hymn: This song again features orchestral strings at the beginning, and goes a softer more melodic sounding direction in contrast to the last few songs. This song is not necessarily “heavy” in the obvious sense, but is the perfect ribbon to tie the album off with. It’s slow, reflective, and genuine. Aside from “Holy Hell”, “A Wasted Hymn” is probably the most unique song on the album. As this song was coming to a close, I felt a tangle of mixed feelings by the end of the song. I was trying to digest and wrap my head around the heavy wrecking ball that just hit me called Holy Hell. What an unreal album. This song is a perfect end to a new chapter for Architects. 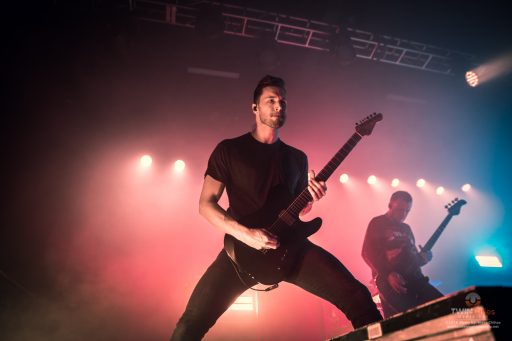 After giving it a few well-deserved listens, I believe that Holy Hell is not only a courageous dive into something unknown, but will surely be enough to solidify Architects place as metalcore megastars. While parts of the album sound unique, and there are components on Holy Hell that don’t necessarily fit the mold of the standard Architects sound, the band is obviously breaking the mold and pushing boundaries in the genre. Thanks to Architects, metalcore is not dead nor stale. Holy Hell is a beautiful, well mixed breath of fresh air.

Overall, this album represents an incredible story of determination of strength. The band’s willingness to create something as massive and sonically rich as Holy Hell is nothing short of inspiring. I deeply appreciate the fact that Architects decided to continue on making music, and hopefully will continue to do so in the future — especially now that we know what they’re capable of producing without their irreplaceable leader. Never forgotten. T//S forever. <3

It’s been a busy summer for the team at Twin Cities Media so far, and we’re barely two weeks into June. I myself found myself once again at 7th Street Entry on Tuesday night – […]

Fresh from an appearance on Conan O’Brien last night singer-songwriter Josh Ritter played the Pantages Wednesday Night. He played with The Royal City Band promoting his 2015 album “Sermon on the Rocks” Opening the evening […]

After singing the nation anthem for the Twins Opener Caroline Smith moved to a bit more intimate venue, First Avenue for a sold out show last night. To say the crowd was heavy on the […]