As the winter in Minneapolis hasn’t been too harsh thus far, nothing is better at taking the chill off, than high-quality metal music. Get the blood pumping and the body moving. That’s what happened this Thursday at Mill City Nights where fans could witness the riveting fusion of Melodic Death Metal from the United States, Dark Metal from Portugal and Symphonic Metal from the Netherlands on a mild but snowless night.

With stellar performances from Starkill and Moonspell, the stage and the crowd was ready to see the Dutch Symphonic Metallers from Epica. Fans in Minneapolis have waited a long time to see the band. Due to personal reasons, Epica had to cancel some of their concerts in North America (including Minneapolis) last September, which added to the eager excitement of the fans on Thursday night. 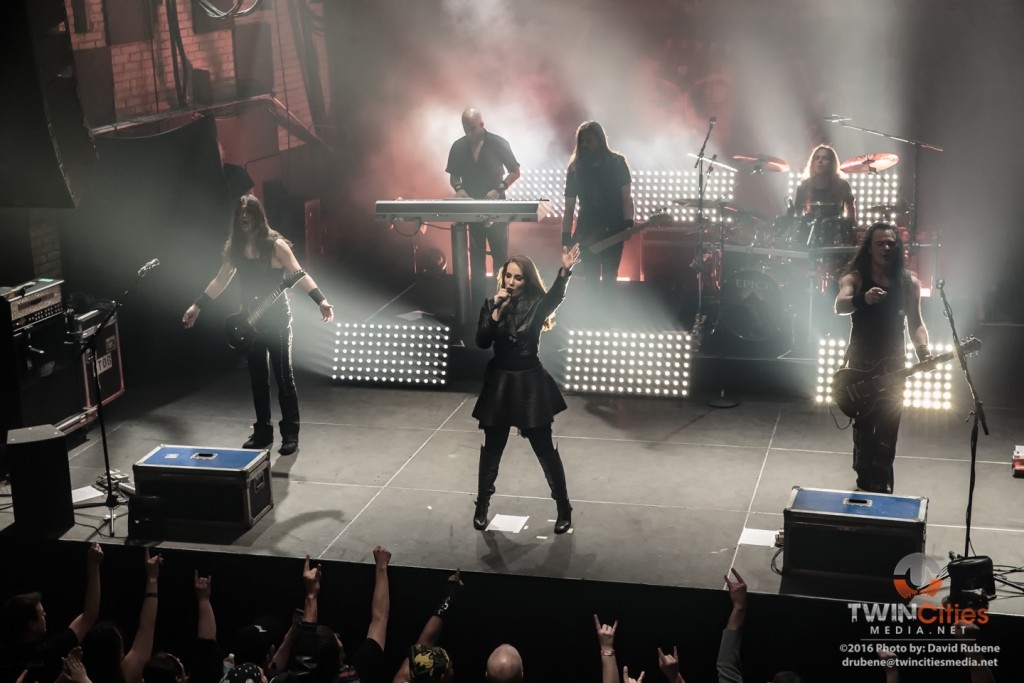 Blending old classics with newer songs from their 2014 album The Quantum Enigma, Epica captivated the hearts of most people at the venue, with Simone Simons connecting every single moment with the fans. Her presence on stage is extremely elegant yet powerful and mysterious. Her voice has a beauty that tends to set itself inside your head and you find yourself (after the concert) reflecting on her melodies. Songs like ‘The Second Stone’ and ‘The Essence of Silence’, despite not being classics yet, set fire to the crowd and boosted even more the impact of their classics, creating a very positive atmosphere among the crowd. The keyboards by Coen Janssen were superb and filled that symphonic tone. About half way through their set, Epica performed ‘Cry for the Moon’, which ended in a fairly impressive drum solo from Ariën van Weesenbeek. 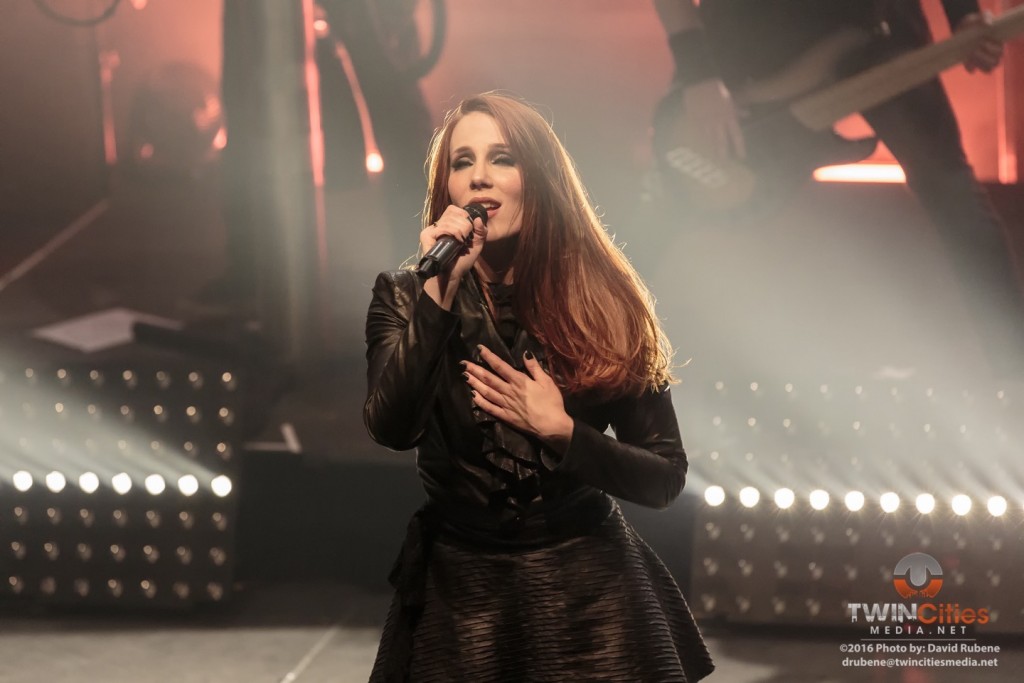 Seeing Epica live, it is very hard to not find a love for the music and their performance. Epica is one of the most energetic and interactive bands that I have had the pleasure of seeing live thus far, and it was highly refreshing to see just how much fun they appeared to be having with each other and the crowd. Epica performed spectacularly, never appearing to tire or falter. The sound amazing, with the backing tracks lining up well without being overpowering. A truly incredible performance on a grand scale.

Coast Modern, Bad Bad Hats, Amsterdam, St. Paul, Minneapolis, Review, Concert, Live, Photo It might have been a chilly Monday night in the Twin Cities but Coast Modern brought all of the weekend feels to […]

And Away We Grow … Twin Cities Media Is Expanding Coverage

Twin Cities Media is broadening the area of location coverage by extending south to the  Mankato area. With this you can expect to see additional coverage from concerts, events, interviews, and special highlights from the […]

Catching Up With Whitey Morgan

Interview by Colton Davis   He won’t describe himself as an outlaw, but he ain’t no saint, either. Whitey Morgan and the 78’s have steadily gained national attention with their loud and aggressive take on […]