I’ve said it before and I’ll say it again. The Twin Cities has one of the best music scenes in the country. Not only are the rap/ hip-hop and metal scenes stellar, there’s also the old school punk and rock scene that produced bands such as Husker Du and The Replacements. No matter what kind of music you listen to, there’s a scene here for you to get completely lost in. All alone? No problem. Each scene is full of people ready to make some new friends so what are you waiting for? Jump right in. I did last night seeing The Suburbs at First Avenue and it was absolutely amazing.

The Friday night show was kicked off by local female fronted five-piece- Kiss the Tiger. The group took the stage with a sense of power and command while not being in your face. Almost instantly the entire crowd seemed to be captivated by singer Meghan Kreidler. I wasn’t able to take my eyes off the woman as she stalked the stage. There was something electric and powerful yet still so friendly about her presence. Her voice was just the icing on the cake. It had power and emotion behind it but wasn’t over the top leading to a truly amazing opening set. The music of Kiss The Tiger was just good old fashioned rock n’ roll with a hint of punk. There was nothing too extreme about the music but, at the same time, nothing to write off. The songs were solid and played with a sense of precision that just could not be ignored. All in all, their set was amazing and I honestly only wish they had had more than thirty minutes. 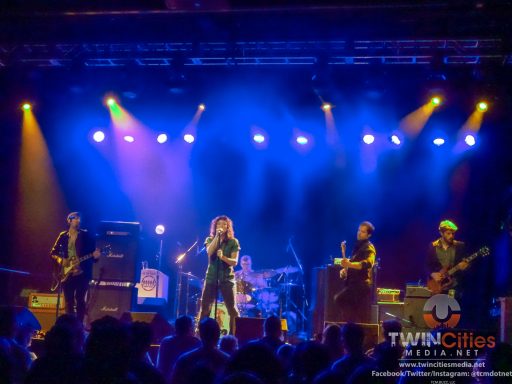 Second to take the stage was a personal favorite of mine- Porcupine. I have caught these guys a couple of times and, with each set, I seem to fall deeper and deeper in love with this local trio. Fronted by Casey Virock, Porcupine doesn’t try to be trendy or anything more than what thy are. With their classic 90’s sound, this group instantly had the entire crowd bobbing along to the beat and politely clapping between songs. I could go on and on about how great each of these three musicians are on their own and how, because of that, when they join as a trio, there’s an immeasurable sense of talent and passion. Bassist Greg Norton is actually formerly of Husker Du and drummer Ian Prince has been involved in too many local groups for me to list here. Each of the three members seems to have a different genre in their background which helps them create music that is truly genre-bending and nothing short of fun and exciting. Much like Kiss the Tiger, Porcupine’s set could have lasted long into the wee hours of the morning and I would have been more than content with that. 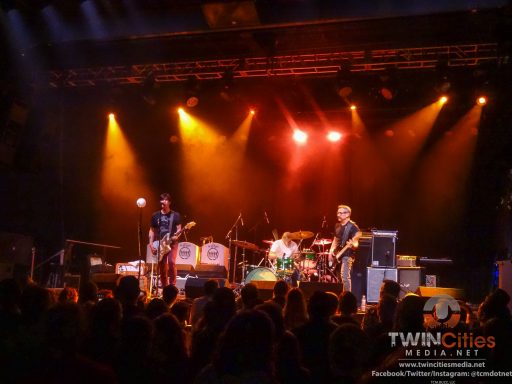 Closing out the crowded First Avenue show was the one and only The Suburbs. Does that name sound familiar? It should. The Suburbs were a huge deal back in the 70’s and 80’s. Their punk/ funk/ new age sound created the soundtrack for a generation and, unlike other bands from that time, The Suburbs are a band that, even forty years later, are still doing their thing. Sure the members have changed here and there but, like Porcupine, The Suburbs’ sound is unapologetically theirs and hasn’t changed a bit. They are one of those bands that, if you claim to be a Minneapolis kid, you have to see live and, having lived up here for over ten years now, it was time for me to be able to make that claim.

With nine members on stage, The Suburbs blasted into their set with a sense of fun and creativity. As mentioned, their music is strictly their music. There are really no other bands that sound like them out there today or ever. Hearing the songs live made you want to move and dance around with the strangers invading your personal space bubble. The band blew through an extremely extensive set of music that spanned forty years. Regardless of what they were playing, there was a sense of excitement that radiated from the crowd. The older generation that had come out in full force were clearly fans of the older hits whereas the younger generation seemed to truly enjoy some of the newer material. Again, it didn’t matter what The Suburbs were playing, every song was a hit to everyone in the venue and was received with open arms and warm appreciation.

Minneapolis is truly a mecca for music. Husker Du, The Replacement, Doomtree, Rhymesayers, Buried Above Ground, By The Thousands– what type of music do you love? I can find you a high quality local band here in the Twin Cities that you will fall in love with instantly. Have I ever told you how awesome it is to live in such a great place? 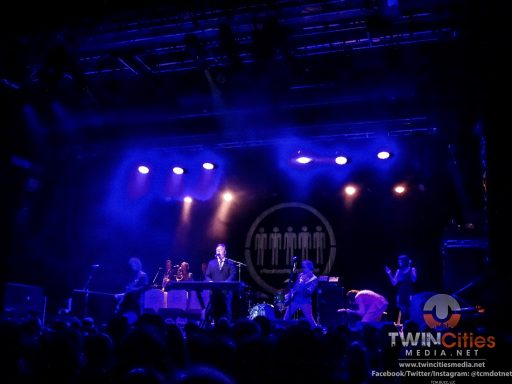 Eluveitie + Korpiklaani Rock The Folk Out Of The Cabooze

Symphonic metal band, Gone In April, made the most of their half hour set. With their meticulous and dynamic songs that packed a lot of energy and musicianship into their allotted time slot.  The dueling […]