Fresh off a dynamite opening slot at The Palace for Nathaniel Rateliffe and The Night Sweats, Texas alt-rocker Israel Nash is coming back to town doing a full show.  He will appear at The Turf Club next Thursday along with Fort Worth singer/songwriter Matthew McNeal.  Tickets and details HERE.

Nash was kind enough to take some time to talk with TCM while chilling in Nashville.  His band is currently featured at Americana Fest.  He was appreciating a non-travel day; a rarity as he launches an extended tour which will take him coast to coast and then throughout Europe over the next couple of months.

As we discussed expectations and ground rules for the interview, Nash laughed.  He told us he’d trust us to get things right and asked that we do our best to make him sound eloquent and knowledgeable.  It only took a couple of minutes before we realized how easy that would be.  Israel Nash is one of those truly intelligent and expressive artists that remains unjaded by his success.  This is a man with his feet solidly on the ground.  A guy who sees exactly where he wants to go through clear eyes.

We began by asking about that last trip through town.  He was quick to point back to the Palace show and how much he loved being there.  “It was one of the crowning highlights of that tour.  Everyone had a blast!  It was one of those magical sort of places where it’s just a great evening of people coming together and sharing in something that has no judgment or division.  It was just beautiful.” 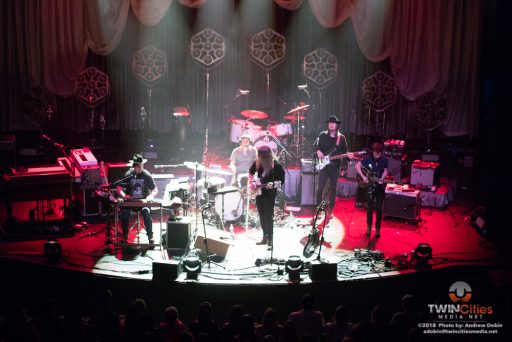 In many respects, that reflection tells you just about everything you need to know about Israel Nash.  He is more artist than rock star.  More about community than individual gain.  More about creating something original than repeating sounds that have previously been successful.

Nash took us back to his roots, what got him started and how he has managed to carve out a comfortable space in what can be a stressful and demanding business.  “My Dad was a Southern Baptist minister, so I was always singing.”  At age 11 he discovered his Mother’s old acoustic guitar in a closet which was missing a string, along with a chord book.  3 years of piano lessons were beginning to grind.  That old guitar provided him an out.  He quickly taught himself to play a couple of chords.  Once he’d demonstrated he was fully committed, his folks sprung for that first electric guitar.  By the time he was 12, Nash knew what he wanted to do; write and play rock and roll.

What was the young 12-year-old listening to which launched him onto his present trajectory?  “My Dad was a huge Creedence fan.  And by the way, last night for Americana Fest for BMI we did this 50-year anniversary thing for CCR and we did Who’ll Stop The Rain.  It was an awesome cast:  Jason Isbell, Aaron Lee.  It was just a really great night.  So it’s always been so close to me, that kind of Heartland and American music.  I always had that connection through my Dad.  He was more of a singles guy with a ton of 45’s, so I heard a lot of great stuff.

Was there a galvanizing moment, a song that lit the fire?  For this kid, there was.  It was The Hollies’ Long Cool Woman.  “I was learning to play guitar and listening to all that stuff…and when I heard that song for the first time, it moved me in a different way.  I mean, I couldn’t sing all the lyrics and I don’t know all the chords.  But when I heard it, there was this reality that I could do this!  It gave me a confidence.  That songs were built on other things before us.  And that’s the roots of this whole thing.”

So here was another successful artist who wasn’t following trends in those formative years.  He was examining the roots which could support everything that was to come. We took him back to the early 90’s  and asked if he remembered the first album he bought with his own money.  Nash chuckled. “The first thing I got was totally at Walmart!  It was a cassette tape and it was Sgt Pepper.  I mean I’d get into new stuff like Nirvana but I just gravitated toward this classic kind of rock.  You know, guitar solos and harmonies.  Stuff that could move like that.”

Were there any Twin Cities local acts or musicians that had an influence?  “Yeah, obviously guys like The Replacements.  I really got into a lot of the Westerberg solo records that he put out in the early 2000’s.  They were kind of folky.  Just that acoustic guitar and songwriting which was always kind of a familiar foundation for me.  And Prince was a big inspiration.  I live  in the country outside Austin.  I’ve got a 15-acre ranch out there with a studio.  Over time I saw guys like Prince, Neil Young and these other great career artists keep putting out records where you evolve, where you have songs and you’re always making things.  That’s a big inspiration to me on another level, having a compound where I can always go.  I built my own hillbilly compound out there.”

His studio Plum Creek Sound provides him a place to constantly create, write, produce and record.  “I knew ten years ago that I wanted a studio.  A place to be able to work and also a place to save some money making records.  It was kind of always a goal.  So when we got to Texas… I mean I was born and raised in Missouri and then moved to New York City for about seven years, by that time we were ready to get back to the country.  We got a house and then eventually broke ground and started building a studio.”  It should be pointed out that his last album was entirely recorded and produced in that space. 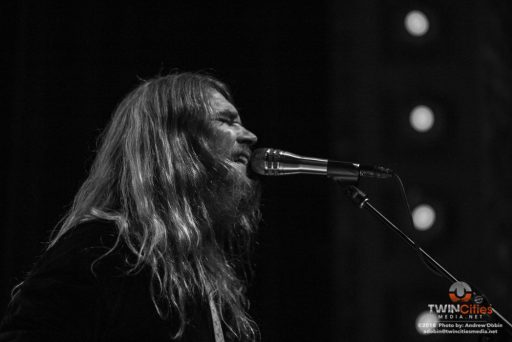 Like most things he does, Nash was hands on.  So when he talks about breaking ground, he means it.  “Me and my pedal steel player Eric built about 60% to 70% of it ourselves.  It took awhile.  But now three years later it’s my studio.  You can walk in, it’s mic’d up and ready to go.  It’s really changed my process and my connection to songwriting and making music.  It’s made me learn more about the studio and recording operation.”

That burgeoning expertise can be found on his highly praised new album Lifted which NPR describes as “A dreamy sprawl to get lost in”.  Upon hearing the album, Rolling Stone declared Nash “A master of sonic textures.”  In other words, he was able to use all he’d learned working in his own studio to be able to translate the sounds in his head directly to the record.

Speaking of records, Nash remains old school in his approach.  He is an album guy.  As is abundantly clear on Lifted, he believes there is something to be said for what songs belong on an album.  About how song order is established to allow the work to flow.  That is markedly different from how most of the modern streaming world functions.  We have been numbed by a land of singles, Spotify playlists, EP’s or quasi albums which feature the best song on Track 1.  The rest often just a demo of the artist’s other abilities or in many cases simple filler.

“I’m just happy to make art and I want to make albums because I think that’s the point.  It’s like ‘here’s a presentation.  Here’s 45 minutes of material and I think it should be good’; like a movie or a book is presented.  It’s not like ‘here’s a really good chapter and then some really shitty stuff’.  Or, ‘here’s a really great first ten minutes of a movie and the rest is shit’.  I just want to make albums that have a cohesive theme and a place to fall in love with.  That’s what my connection with music is.  More greatly than just a song is that idea of an album.”

Yet Nash doesn’t really struggle with this streaming singles world and how the business has changed.  “I just think there’s a natural evolution and change of industry that happens whether we want it or not.  The print industry or the coal industry or manufacturing jobs in the United States going abroad.  Business and things change.  But the beauty of music is that it’s forever a part of the human existence.  Thankfully, I think a lot of artists would agree, the internet, things like MP3’s and streaming are all correlated.”

“It’s also the internet that’s gotten artists like us out of Texas to locations like Sweden and Holland and Norway and all these places you couldn’t imagine going to twenty years ago!  So there’s all these balances.  Maybe the checks aren’t as big as they were twenty years ago.  But then I wasn’t a professional musician writing songs twenty years ago.”

This is a man who is doing exactly what he set out to do.  “I wanted to play rock and roll since I was 11 and started playing guitar at 12.  Really started having bands at 13.  I found the people who were like me.  That’s what I tell artists: ‘Go find your people!’  And love ’em and make art with ’em and live life even greater.  Let art be the reason you get to experience life with other people.”

And that’s cool.  Music as a communal experience rather than a means to an end. Come experience a slice of life with Israel Nash at The Turf Club September 20th.

Low Cut Connie Will Rock The Mainroom on Nov. 1

Color me surprised!  Tickets are still available for Low Cut Connie at First Avenue next week.  Word to the wise, don’t wait.  They won’t be there long.  Get them HERE Talk about a band that’s […]

Rickie Lee Jones delighted the Cedar Cultural Center crowd last night.  I don’t know if the place was sold out.  For all practical purposes the joint was SRO.  Despite that, the best word to describe […]

It’s not that I wasn’t excited for Sunday night’s show because I was most certainly was. It was more that being able to see The Distillers on Friday night for the first time ever meant […]