Once again we asked the community of music photographers in the Twin Cites and Minnesota to share their favorite photographs taken in the last year.  Here is the fourth group – be sure to check TCM for the rest of the great talent we have in MN.

My name is Brian Grenz and I am a concert photographer from Minneapolis.  I have been going to concerts in the Twin Cities area for 30 years.

These images are some of my favorites from the year because they hopefully capture some of the energy that occurs during a concert.

David Rubene is a founding partner at Twin Cities Media. With an emphasis on the rock and metal scene, his eclectic artistic style has covered a wide range of local artists within the Twin Cities, national / international performers, and some of the largest festival throughout 2017. The journey of music photography has been his life-long dream and passion that continues to fill the mind and feed the soul.

2017 was a great year of music, but also one of great music artist loss across many genres. The imagines selected really embody some of the live moments captured throughout the year. David photographed over 300 artists/bands in concert, through festivals, and special events. In addition, he has worked with several artists in studio on promotional and album photo artwork. From small club shows to big arenas, David thrives on the fast pace of shooting on the fly, the rush of the house lights going down, and the drive to capture the “show” in still images.

Twin Cities based photographer specializing in live music photography and the details around the scene. Recent highlights have included a group show at Mpls Photo Center and a solo show at Solid State Vinyl. Social media @fantailmedia on Instagram, Twitter and Flickr. Career in camera equipment sales.

Of the thousands of live music shots I’ve taken this year, it was literally impossible to pick out three to five favorites.

The Trombone Shorty shots because I love the band, and I’ve seen them really grow over the ten years I’ve photographed them. Dessa for the moment and the challenge to capture. Bruise Violet for the spirit and the power of the next generation, playing the big room with their heroes. John Doe of X for forty years and still putting on one of the best shows of the year. Lady Midnight for having my horizons broadened, and for that intensity.

John Carlson is a writer and photojournalist for WeHeartMusic.com
A longtime music fan, he needed another way to scratch that itch after several related freelance jobs and area street work for Capitol/EMI and ATO Records.
Concert photography is usually a welcome challenge that often pits you against the elements of the experiences– low lighting, rolling fog and effects, nature, security, and the crowd are just some the things to overcome, in capturing that decisive performance moment. 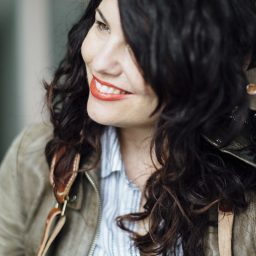 I’m was born in Kansas, but escaped to Minneapolis (via LA and Miami) in 2003. Photographing live music, dogs and food feeds my soul. Making portraits of everyday people, families and babies feeds my bank account. I’m very lucky to make a living by taking photos — I thank my lucky stars each and every day. My Website can be found HERE

I chose these photos for the energy and emotion they conveyed.

My name is Kyle Hansen, owner of RKH Images and it’s subsidiary, 1013 Music Reviews. Throughout the past few years, I have had the honor of shooting a number of concerts, festivals, and other events, and meeting a variety of wonderful people in the process.

Although my passion lies in heavy metal, I greatly enjoy working with all the musical genres and have been able to expand my portfolio this year. The excitement and challenge of shooting concert photography keeps me motivated to improve my work with every show.

Concert photography makes for an amazing experience. You must be prepared for anything – any lighting, any atmosphere, and any audience. Regardless, it’s always fun and makes for great work.

Gene Brynn Rick
This photo was taken backstage at the Matter’s concert with the Gene Simmons band. Anytime you can get 3 rock stars together for a shot you do it.

Corey Taylor shot.
Taken at Rock Fest this year. With the sun right in my eyes I was just trying to get something cool. It worked.

Iron Maiden
Has the pleasure of shooting them twice this year in St Paul and Las Vegas. Also saw them in Lincoln Nebraska. I’m kind of a fan. Did months of research to get this shot.