Sometimes you go looking for nostalgia, and sometimes nostalgia finds you. I felt this way when I saw singer-songwriter William Ryan Key (formerly of pop-punk band Yellowcard) play a solo show last Sunday night at the Turf Club. Having grown up a leisurely lover of Yellowcard, I couldn’t pass up the opportunity to see Key preform live with his new band and was delighted by what he delivered.

I knew that Key’s show at the Turf Club was not necessarily going to be a Yellowcard show, but I was still intrigued by the idea of seeing him up there solo performing new material. Key recently released a new EP called Virtue last November, which brings together softer elements of rock and roll via acoustic guitars and subtle harmonies that I feel are almost reminiscent of The Shins.

Now, I grew up an avid pop-punk lover, so I was secretly hoping Key would still sneak in some of the Yellowcard fan favorites in addition to his new material. Opening up for Key was Los Angeles singer-songwriter Cory Wells and Canadian alt-band Selfish Things. Wells encapsulated some emotional, heartfelt songs while Selfish Things brought elements of rock within the walls of the Turf. Both opening acts were on the top of their game and spent time mingling with the fans after their sets. Something I always appreciate seeing musicians do.

With the main set about to start, it looked like a steady mix of people had made their way into the venue in support of Key, excited to hear the new tunes. Key took the stage and started out his set with a couple of his new, original solo songs. Key mentioned that he had recorded and produced this music without any help from a record company, and all the shows on the tour were basically the result of word of mouth. One of my favorite songs of the night was his Virtue single “Downtown (Up North)”.  This song was so delightfully charming and catchy, and managed to leave me feeling nice and warm. 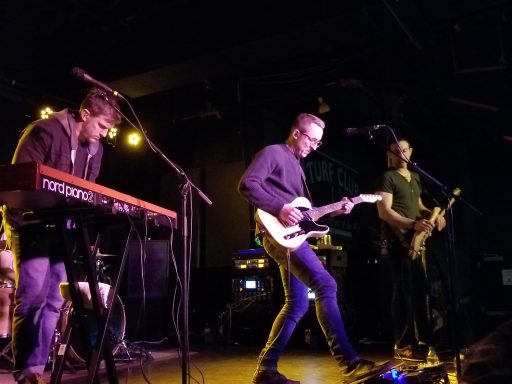 What I appreciated the most was Key’s storytelling abilities. As a veteran musician, Key has plenty to reflect on throughout his long and versatile career in the scene. He endearingly mentioned halfway through the set, “I built a foundation early in my career writing songs about women I wanted but couldn’t have. I think most bands in our (pop punk) genre did, but now I feel like I am able to get away from that.”

Key seemed confident on stage, and eloquently showcased his singer-songwriter abilities outside of Yellowcard. Each song in the set flowed into the next and the audience seemingly appreciated everything Key was delivering. I caught myself smiling multiple times throughout the night when I saw how excited the group of people next to me were when Key went into the deep Yellowcard cuts that were never played live when the band were touring. The crowds energy and delight was completely infectious.

Of course, when Key played the first few chords of “Ocean Avenue”, the crowd belted out a booming scream of approval. So many fans in attendance got smiles on their faces — including myself. This sparked a loud sing-a-long between Key and the crowd, which was an awesome moment that quelled my sentiment.

While Key’s set was full of nostalgia and a healthy dose of Yellowcard songs, his new music was delightful to hear as well. It was incredibly refreshing to sample some of what Key has been working on in his life after Yellowcard. Key mentioned that he plans on continuing to make new music and tour, as the new songs can definitely stand on their own. All in all, I went into the night as a Yellowcard fan and left a William Ryan Key fan. It was the perfect Sunday show and I am looking forward to catching Key again. 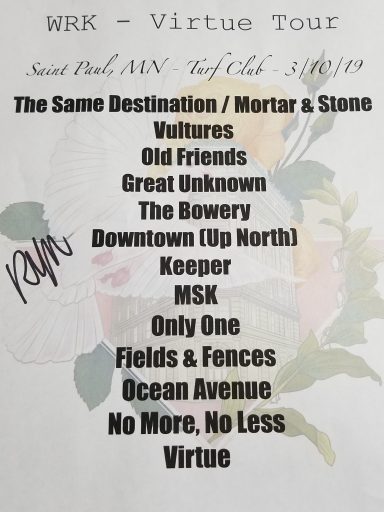 BoDeans show how it’s done at the Pantages

In what seems to be becoming a tradition, Wiscon’s BoDeans came to the Twin Cities at the end of the year, this time packing the Pantages Theatre. They certainly have a dedicated fan base here, […]

Last night, the Minneapolis music scene got treated to a punk rock extravaganza as Pierre, Tightwire, Absolutely Not, and Murf pulled no punches and played a high octane show at Mortimers Bar. Most of these […]

One of my best friends recently had one of the worst days of her life when she had to put down her beloved dog. I honestly can’t even begin to imagine the amount of pain […]