I always love going to a show at the 7th St. Entry. The venue is historic, rugged, and intimate. So when I had the opportunity to check out a lineup of two promising up-and-coming singer-songwriters and Lucy Spraggan, I set out for what was sure to be a cozy and electrifying evening at the Entry.

As the doors opened and the 250-capacity room slowly began to fill, Minneapolis singer-songwriter Jordan Carr was the first to take the stage. Carr is usually accompanied by his band, The Boys, but took the stage on his own armed only with an acoustic guitar. As he began to sing, Carr’s rugged vocals reminded me of The Gaslight Anthem’s singer Brian Fallon, which I deeply enjoyed.

“We’ll get all the songs about drinking, drugging and jailing over real quick.” Carr joked as his voice echoed through the venue. He delivered a 30 minute set full of original ballads highlighting his songwriting skills about touchy subjects such as pain and heartache. Even after singing a set of emotional songs, the audience members all had smiles on their faces by the end of his set. 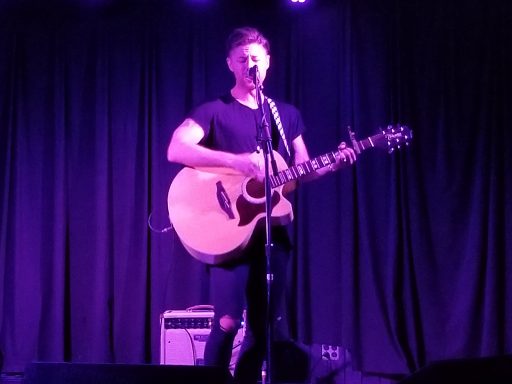 The night continued with a solo set from Colin Campbell, best known as the energetic front man of the Twin Cities’ based rock group, The Shackletons.

Campbell is no stranger to the 7th St.’s stage, as his band, The Shackletons, have played two sold out shows in this room before. However, neither Campbell nor the band have ever played a stripped down solo set in here, so I was curious to see how he would rise to the occasion without the heavy driving riffs and screaming vocals he is known for.

Being solo on the stage was hardly an issue for Campbell, as he still managed to captivate the audience and delivered an incredibly strong performance. He played a favorable mix of original Shackletons songs as well as a combination of covers – including The Replacements’ “Can’t Hardly Wait” and John Denver’s “Country Roads.” The audience seemed to immediately recognize Campbell’s second to last song, “Minnesota Girls”, as they loudly belted out every lyric and harmony.

Campbell played as though he had a full band behind him, and did not hesitate to play the role of a heavy hitting rock-n-roll front man. It did not matter that he was the only one on stage, as he filled the stage with a powerful and commanding presence that left the audience wanting more. 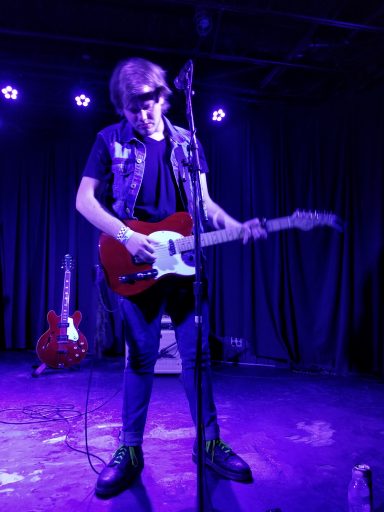 Next up was the much anticipated headliner Lucy Spraggan. Spraggan is an up-and-coming songwriter from the UK who started making waves after appearing on the X-Factor in 2012. While Spraggan has already begun to make a name for herself in the UK, this is her first time doing a full tour in the United States and last night was her very first show in Minneapolis.

Spraggan mentioned that she had previously spent time the States, and played one of her first U.S shows in Florida. During this time, she recalled calling her mother on her 18-month visa visit saying, “Mum, I’m going to be a rockstar.” To which her mother replied, “Okay, have fun!” And surely enough, she is now living the part.

New faces at the 7th St. were delighted by Spraggan. During her performance, she delivered a set full of cheeky songs with many clever, tongue-in-cheek lyrics. Her music stylistically ranged from having hints of pop, to folk to hip hop. She played many of her well known songs, such as “Last Night”, “Tea and Toast” and “Fight For It”. While it was just her, a set of keys and an acoustic guitar, Spraggan was incredibly confident on stage and was exceptionally fun to watch. She commanded the stage, and performed her songs with a very humble and charming demeanor. The audience was on their feet dancing the night away, as Spraggan happily played song after song to the crowded room who seemed to already be quite familiar with her songs.

While watching her play, I couldn’t help but be reminded of one of my personal favorite artists – Frank Turner. Spraggan resembled Turner with her sheer confidence, quick wit and bonafide acoustic guitar skills.

You may argue that Spraggan’s journey began in 2012, when she auditioned for the X-Factor and immediately won the audience and the judges over with her performance of “Last Night”. While her audition video now boasts 43 million hits on YouTube, last night’s performance proved that she no longer needs the help of the X-Factor to take her music to even greater heights. She is on a mission doing it herself, by dazzling crowds with her voice and an acoustic guitar everywhere she goes.

Overall, I was pleasantly surprised by how much I enjoyed Spraggan’s set. It was incredibly clever, grasping and entertaining. After this show, I am definitely going to check out more of her music and suggest others do the same. This is a girl you don’t want to sleep on, as she will definitely be on the radar in months to come. 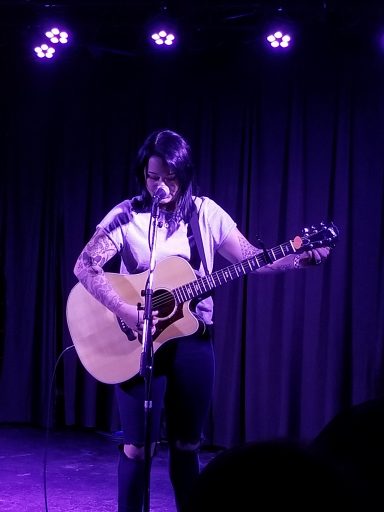 The Northern Invasion Festival Stands The Test Of Time

As the calendar turns towards May, we note the unofficial start to what we now call Festival Season. As part of the World’s Loudest Month, the fourth annual Northern Invasion Festival prepares to descend on […]

The stage is set and the CD’s are ready to go as Thursday night nears. Sure, it would be easy to start discussions about the upcoming weekend, but Thursday night will see the EP release […]