It definitely felt more like midnight than 7:30PM when I arrived at The Turf Club for Sunday night’s show. This whole daylight savings thing had my day all turned around. Having been up since 5 AM and spent my day cleaning and working at home, I honestly kind of hoped it was closer to midnight so I could be in bed. Alas, there was a show and no matter how dark and sleepy Saint Paul or I felt, I wasn’t going to miss it. It was a pleasant surprise to enter The Turf Club to a nearly sold out crowd with enough energy to make everyone forget just how dark it was already and how long the day had been after day light savings messing everything up. I instantly went from slow and tired to energized and ready for whatever the night may bring.

Kicking the night off was Steve Hauschildt from Ohio. I have to be honest, I wasn’t even really sure when the house music kicked off and when Steve and his friend (who I completely missed the name of because I was lost in the sea of waves they were creating) jumped into their dream-like set. The music was calm and quiet to the point where there were times that the conversations happening towards the back of the venue overpowered the sound. After a few death glares from those in the front, the people in back started to catch on that we could hear them and it was obnoxious. After those glares and the subsequent realization, the set easily whisked myself and everyone around off to a dreamland with no stress, no cares, and, most importantly, no daylight savings time to mess everything up.

Although extremely ambient to the point of almost a drone like sound, Steve’s music had these rouge waves that would come and hit you just when you felt like you were loosing interest or nodding off. The pure musicianship that the two men on stage possessed was truly jaw dropping. I’m not sure what they were doing with all of those knobs, cords, keyboards, and other items that lit up like a spaceship but I honestly didn’t care. Their creativity was heard loud and clear even when their music seemed to take a backseat to the conversations happening behind me. They were bending notes in ways that they aren’t meant to bend and creating these moments of tension without even trying. With eight albums out, Steve is not new to the scene and that was clear by the reception he got from the audience. That being said, he was new to me and his whole style and vibe was something very different from what I am used to. I truly can’t wait to dig into his music and get to know it a bit better. 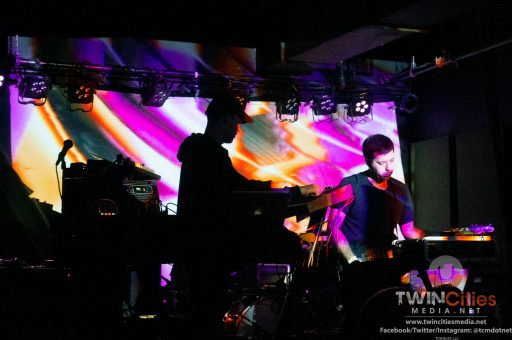 The stage turnover between Steve Hauschildt and headliner This Will Destroy You was quick but that didn’t help the feeling of pure anticipation that was hanging in the air. Having seen TWDY a couple of times before, I knew what to expect and knew that those who didn’t were definitely in for a treat. Hailing from Texas, TWDY is one of the few instrumental bands that I find myself listening to on a daily basis. There’s just something about the waves they create and the way that they hit you that keeps me coming back for me. It’s not that I don’t appreciate or recognize the talent behind majority of instrumental bands but I’m such a sucker for angsty lyrics that I can relate to. Somehow TWDY has me relating to the movement of their notes as much as I could with any lyrics about heartbreak and that’s truly a powerful thing.

TWDY has been around since 2004 and have an extremely dedicated following. I remember when I saw them the first time and had little to no expectations regarding their live show or music. I was completely lost in a sea of fans that were literally losing their shit over an instrumental band that I had never heard of. That passion that was all around me helped me fall in love with this group but it was their music and the passion of the musicians that had me hooked. Fast forward to last night and I was that person that was completely losing my shit over every intricate pattern of notes that the five piece performed. I looked around and saw people that were in my shoes the first time I saw them and couldn’t help but smile. Being able to see such a powerful band in such an intimate venue is definitely an experience and I’m sure I’ll be seeing their faces again next time this group comes to town.

TWDY has six studio albums along with a spattering of singles, a live album, and a bunch more material. With so many songs to choose from, it would be hard for many bands to curate a list that would keep everyone happy but that was not the case last night. It was clear that people didn’t care what the band played, they were just beyond ecstatic to be seeing such a great and influential band. Their music bridges the gap between rock, ambient, drone, and metal in such a flawless way that it’s impossible to try and put these guys in a box. That’s the magic in it. It doesn’t matter what type of music you’re in to, there’s something in every one of TWDY’s songs that you will find amazing. I don’t know how many songs TWDY played but I was completely lost the entire time and it was the best kind of lost you could ever hope to be.

Have you ever gotten completely lost in a live show? If not, you’re truly missing out. 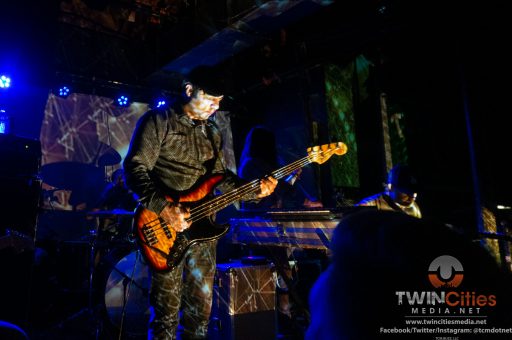 A single guy in his late 20s usually doesn’t decide to go see a live concert alone. He especially doesn’t do so when the concert includes the talent of R&B singers like Gallant and John […]

New Years Day was originally supposed to play in the Twin Cities on July 15th at the Fine Line in Minneapolis. But when Godsmack asks you to open for them on short notice, for July’s […]