A few months ago we had a chance to tour the construction site of the Fillmore and now got an invitation to check out the almost ready to open music venue. With the opening date just a month away there are 40 shows on the calendar with more to come the Fillmore looks pretty much done with final touches and staff training remaining.  Brandi Carlile will star the first three sold out nights with 3 different sets. And there will be a job fair this Friday and Saturday to fill all sorts of positions.

Multiple doors lead into a large lobby that will access the music hall and the restaurant TRAX. Up to 6 lines with metal detectors should make for a speedy entry. Both the main floor and balcony (with reserved seating) have good sight lines. 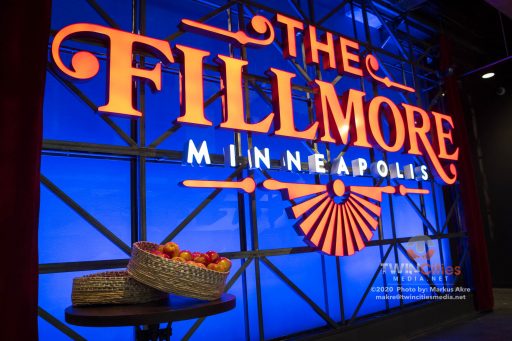 There are little touches throughout the venue that stand out. Like scuffs on the stair rails that make them seem well used.  Bar foot rails shaped like railroad tracks. Most of the art work is based on show posters from Fillmore locations and the background of the large Prince mural outside the BG lounge is painted on dozens of those posters. 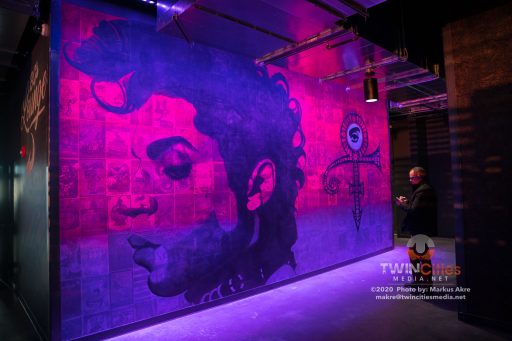 The heritage going back to the original Fillmore in San Francisco is evident throughout. From the chandeliers to the apples at the entrance homage to founder Bill Graham is paid. Once up and running, the Minneapolis Fillmore is planning to step out from under the Live Nation umbrella to host local events and activities in addition to touring acts.

TRAX, the on site restaurant will focus on hand crafted burgers based on local ingredients. Some of the menu items will be available inside the music hall as well. With a hotel right over the music hall, great care has been taken to insulate the rooms above from sound and vibrations. The ceiling has pre-tensed springs similar to what is used for proof buildings against earthquakes and nuclear shelters.

So the new kid on the block is about ready to move in and start school. But it looks like this one should make a nice addition to the neighborhood little league team 🙂

Black metal icons 1349 will kick off their North American tour this Friday, October 25, in Jacksonville, FL with a tour stop at the Turf Club on Sunday, November 3. The band will be supported […]