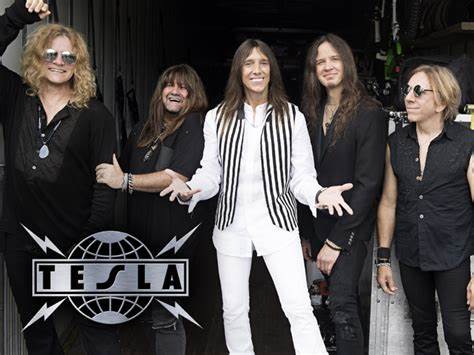 Rock legends Tesla will return to Minnesota on 5/31 to play the Myth. Tesla was formed in Sacramento, California in 1981. Tesla has been entertaining their fans for over 38 yrs. They have released eight studio albums to date including their latest album “Shock” in early 2019. “Shock” is a very solid Tesla album, it has a-lot of the bluesy feel of the 70’s and 80’s rock. Tesla is out currently touring the U.S. this summer with 39 shows promoting their latest release of  album “Shock”.

Throughout the years Tesla has released several monster hits like “Modern Day Cowboy”,”Signs”,”Love Song”,”What You Give” and “little Suzi”.  Tesla will certainly entertain the fans on this special night. Tickets are available before they sell out.