The 4th Summit Backyard Bash took place last Saturday and if the weather gods did not approve, they had a funny way of showing it. The weather was perfect sunny, dry and just under 70 degrees which the experts tell me is perfect for beer consumption. 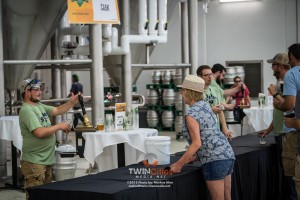 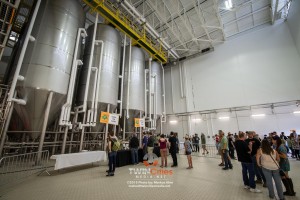 The bash featured a wide selection of Summit’s fine product and casks with special brews were tapped throughout the day. Several restaurants and food truck were on hand to balance out the alcohol intake. The bash was very well organized with only short lines and a very relaxed atmosphere. MC John Munson and Hotpants DJs kept the crowd going.

The most frequent question the excellent Summit staff was asked: “How can I get one of those beer pipelines in my house?” 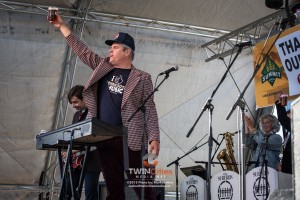 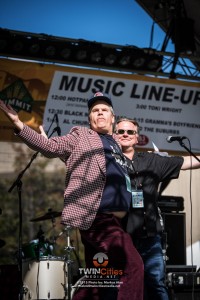 Al Church
Church’s set featured songs from his current album “Next Summer” available on Bandcamp. Despite the crowd being light at the beginning of his set, he and his band played their hearts out and seemed to have fun doing it. People who may not have been familiar with his work, would have remembered his name by the end of his set. 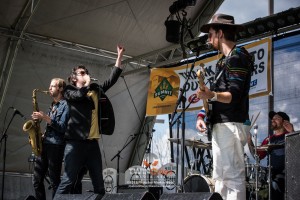 Toki Wright with DJ Willie Shu and Lydia Liza
Wright is one of Rhymesayers’ artists and has been active in the Twin Cities since 2003. His songs are smooth and thought provoking. “Apex” dives in the mysteries of the Pyramids. His rendition of the Bob Marley classic “Sun is shining” was true to it’s roots but Wright owned it all the way. 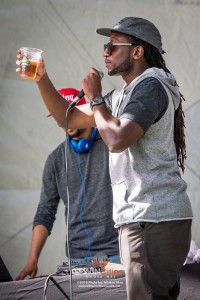 Gramma’s Boyfriend
This band has been described as “The side project of the members of many Minneapolis bands” Their songs have a cool experimental 80s vibe mixing electronics with class rock beats. Their sophomore album “PERM”, will be released on Graveface Records on October 9 and have a realease Party at the IceHouse on 10/30. 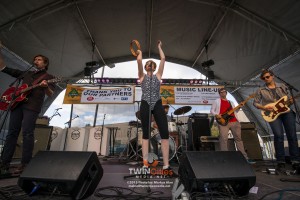 The Suburbs
Rocking Minnesota and the US since 1977 the suburbs need little introduction. Their set was classic Suburbs with a couple of newer songs thrown in. Headlining the Bash, they drew the crowd to the stage. 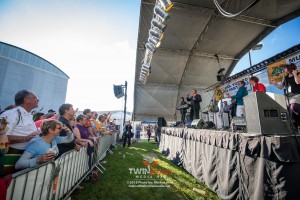 Just out of high school when he made his commercial debut with the ballad “Location” the non-traditional R&B singer and songwriter Khalid attracted a large following. With an undemonstrative but heartfelt vocal style and a […]

Can you believe it’s already a new week? The weekend seemed to fly by but I had to get one last show on Sunday before the reality of another work week set in. There were […]

One of the most influential punk bands will be making a stop at The Fine Line in Minneapolis on Saturday, April 22nd. The Damned are celebrating their 40th anniversary with a huge tour and an […]