Whatever you may think of William Corgan (he outgrew Billy) he has never been one to do things half hearted. In true form the title of his current tour “The Smashing Pumpkins: In Plainsong – An Acoustic-Electro Evening” was an indication of the plethora of music that awaited the audience.

Not content with a 2+ hour set by Corgan, the evening started with 2 good opening acts. Katie Cole, an Australian singer/songwriter played an enjoyable “A girl and her guitar” set. She joked about her Aussie accent being mistaken for an Mississippi one repeatedly. The Eeries are an American Rock band from California and also played an acoustic set. It worked well and I would love to see them back performing their normal “rocky” sound. 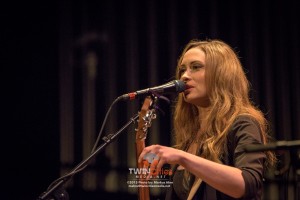 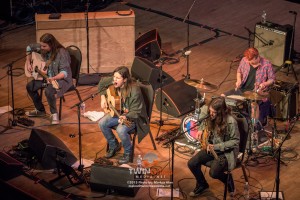 The main set started with Corgan on a piano bathed in pink light performing a slow version of “Tonight, Tonight”. He switched to guitar and continued on to more than 2 hours of his material, at time supported by others. The set list included classic Smashing Pumpkins, Zwan, solo material and newer songs from the 2014 album “Monuments to an Elegy”. Some of the pieces turned more electronic but in essence this was a showcase of Corgan and his music. The small venue gave the show an intimate setting that was well suited. At times if felt like your super talented neighbor grabbed his guitar and sang a few songs in your living room.

It was a performance clearly designed for fans rather than casual concert goers and overwhelmingly well received by the audience.

My eyes swelled up with tears when I read the news that The Triple Rock will be closing on November 22nd. I was in shock and didn’t want to believe it. I wanted to go […]