By the start of 2013, Mike Rosenberg knew his life was about to change. To what extent, he had no idea, which was probably just as well. Had someone told the Brighton-born singer/songwriter, familiar to millions as Passenger, that he would top the charts in 20 countries during 2013, he might have gone out of his mind.

That his bewitching break-up ballad “Let Her Go” took its time to win over the world – it became a hit in mainland Europe in the autumn of 2012 and reached the Top 5 of the Billboard chart in February 2014 – allowed Passenger to process his success, get used to the size of crowds coming to see him and, crucially, continue to write and record heartbreakingly beautiful music. 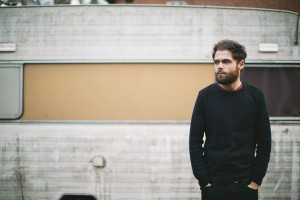 In last April Passenger released his 7th studio album “Whispers II” and is donating all proceeds to charity. His North American tour will head to First Avenue on Tuesday 9/15.

My life is about to change drastically yet again. As you may know, a few months ago I went down to super part-time at my old day job of slinging nuts and bolts. Well, Thursday […]

Photos by David Rubene   My current string of shows has been nothing short of amazing. With Justin Timberlake on Friday, Lucero Saturday and the surprisingly perfect duo of Sting and Shaggy on Sunday, it […]

The String Cheese Incident, the genre bending jam band from Colorado, kicked off their Spring Cheese tour at the Palace Theater Wednesday night. The band, who are constantly touring, are promoting their latest release Believe, […]