Scott Bradlee’s Postmodern Jukebox (PMJ) will perform at the State Theatre in downtown Minneapolis on February 6th at 7:30pm. Tickets are available HERE. PMJ is known for reworking popular modern music into different vintage genres, especially early 20th century forms such as swing and jazz. The performance is part of the time-twisting musical collective’s Welcome to the Twenties 2.0 World Tour. The tour is meant to prepare the world for a new decade, one that Postmodern Jukebox creator Scott Bradlee hopes will see a return to the style and craftsmanship that typified the music of past generations.

“Last time around the Twenties gave us Jazz, America’s one true art form. Who knows what is possible in the 2020s?” says Bradlee. “One thing that is for sure is that there are a lot of folks that are tired of the clickbait headlines, mindless reality TV, and smartphone addiction that has only served to divide people in the last decade. We’re using our small corner of the pop culture space to tell people to forget their troubles, and come join us for a night of celebrating true musical talent and timeless style, live and in real life.”

Started by Bradlee in 2009, Postmodern Jukebox (PMJ) has gone on to amass over 1 billion YouTube views with 3.5 million subscribers, and have chalked up more than 1.7 million fans on Facebook. For the past half decade, PMJ has toured the world, playing hundreds of shows to sold-out houses on six continents. They’ve also performed on shows like “Good Morning America,” topped iTunes and Billboard charts, and caught the attention of NPR Music, NBC News and a wide array of celebrity fans.

Ever since I was in middle school, I knew I was something of an old soul. While my friends listened to ’90s pop hits, I listened to old jazz and Motown records and spent hours upon hours attempting to figure out their inner workings on the piano. Listening to these records truly transported me — I appreciated the creativity, skill, and — above all — natural talent that went into their creation. Years later, as a musician living in New York City, I formed Postmodern Jukebox as way to bring the classic sounds I loved back into the mainstream, and to build a platform to celebrate real, unadulterated, deserving talent.

Today, it’s been five years since Postmodern Jukebox performed its first show, and our family has grown to include nearly fifty singers and another fifty instrumentalists, all of whom now have the opportunity to perform the classic genres they love for the audiences who appreciate them. The vocalists sing every note live, without any tuning help. The musicians make every sound you hear on stage and in my living room with the instruments you see them playing. That doesn’t matter to everyone, but it matters to us and I believe it matters to our fans. We do it the old-fashioned way and we love every second of it.

Thanks to our millions of fans around the world, Postmodern Jukebox has become the rotating collective of musical outcasts that have somehow found a home and there are still many incredible, undiscovered talents out there that I really am excited to share with you. And it’s my promise to continue to share with you, the best natural performers from around the world, and give them a platform they deserve in this wonderful, musical universe we call Postmodern Jukebox. 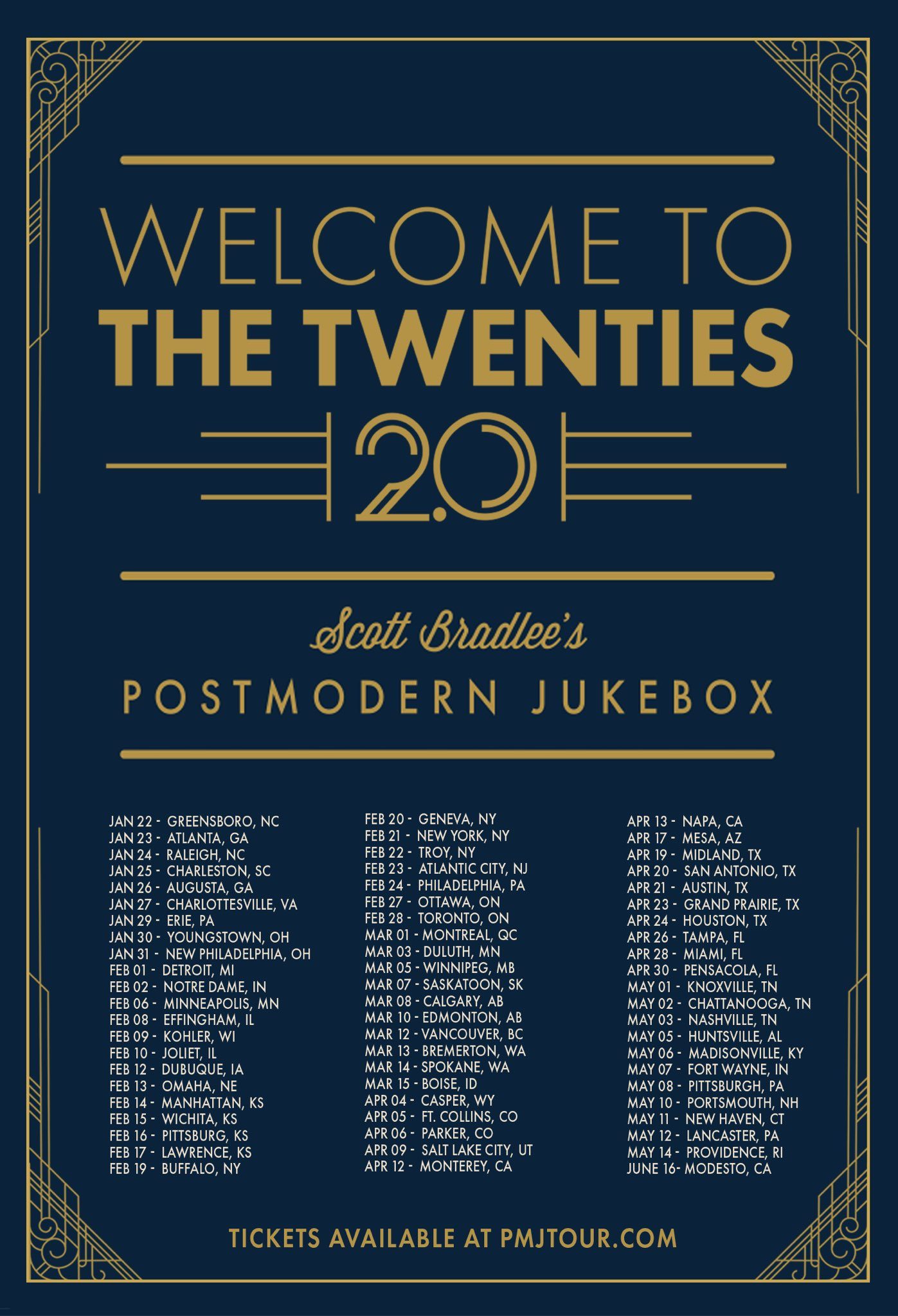 My Favorite Sets of 2019 — Amanda Hefner

2019 was an incredibly special year for me, both personally, and musically. I not only got to see some incredible local shows around the Twin Cities, but I also got to see my favorite bands […]

Despite not having released an album in 11 years, the black clad faithful came out in droves to the Xcel Center Friday night to experience rock monsters Tool. Apparently, Tool is out there to remind […]

JD McPherson is from Oklahoma but you’d never know by the fan base he has in the Twin Cities. His 2nd album “Let the good times roll” has been getting a good amount of airplay […]