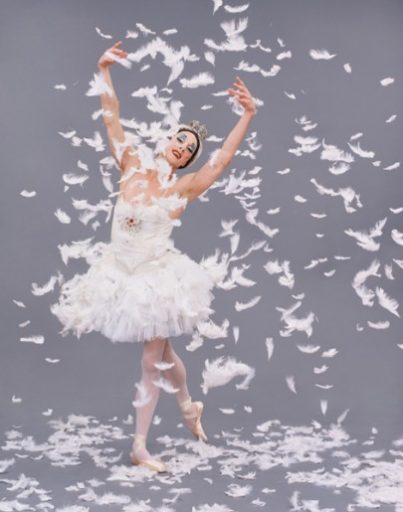 The air in the theatre was tense as the audience filed in. Largely over-forty, largely white, and seemingly upper-middle class (the typical demographic for theatre-goers in the U.S. these days). A few school-age children were spotted with parents. All too-aware that Minnesota was sitting on the cusp of the COVID-19 outbreak. Those in attendance couldn’t help noting the gaps in seating, the holes in the crowd, and had to assume that some combination of media panic, illness, or “abundance of caution” was to blame. Earlier in the day, the University of Minnesota -like many other higher education institutions around the country- had announced that all campuses were cancelling in-person instruction and moving courses online after an extended spring break. News articles on the importance of practicing “social distancing” were circulating around the social-medias by late in the day, encouraging people to help slow the spread of the virus by staying in and avoiding others. Attending a live show suddenly in the evening felt much more risky than it had at the beginning of the day.

But then folks started reading the program, and the laughter began. Les Ballets Trockadero de Monte Carlo is a troupe of drag queens, and drag queens must have drag names. And every queen got her own bio in the program. Puns and word-play based around Russian-sounding names abounded -a cheeky homage to the famous Ballet Russes. Giggles, cackles, and guffaws cycled ‘round the house as people read names and snippets of bios aloud to their companions:  “Mini Van Driver,” “Ludmila Beaulemova,” “Irina Kolesterolikova.” There were also male characters in the bio list, like “Kravlji Snepek” who is credited as having “wrenched the hearts of all who saw him dance Harlene, the Goat Roper in The Best Little Dacha in Sverdlovsk.”  (If you are any kind of theatre nerd, this sort of silliness is fairly hilarious.) The bio sheet in the program successfully primed the audience for what was to come: three acts of pure entertainment and comedy enough for the ballet enthusiast and layman, alike.

When you hear “Drag Queen Ballet,” you might think of RuPaul’s Drag Race and try to imagine larger-than-life personalities out-voguing (out-pirouetting?)  each other on stage. You would be wrong! (Though that would be super-fun to watch, too!)

Les Ballets Trockadero is a troupe of highly trained, professional male ballet dancers gathered from around the world. They play with the highly gendered character roles of classical and romantic ballet and they do it with such grace, precision, and elegance, that during the show there will be many moments when you forget that you are watching men playing women, and sometimes men playing women playing men. But there is also great comedy and self-awareness in their performance. And their show is very barely PG in content  -I would have happily brought my two nine-year olds to see Les Ballet Trockadero, if not for all the COVID-19 panic adding a new dimension to many layers of parental anxiety and guilt.

For any ballet nerds interested…LBTdMC opened Act I of their Ordway performance with an enchanting and hilarious take on Swan Lake, Act II. Prince Siegfried (Duane Gosa) was astoundingly elegant in his pursuit of a sassy and captivating Odette (Carlos Hopuy). The supporting cast included assorted swans, a hapless prince’s sidekick, and villainous sorcerer: all scene stealers, much to audience delight.

Act II of their show started with a Spanish-themed pas de deux -between a very tall lady and her very diminutive male partner, with tambourines! This was followed by Go For Barocco set to Bach’s Concerto in D minor for Two Violins (a loving send-up of choreographer Balanchine’s Concerto Barocco which uses the same music). And then came, LBTdMC’s perhaps most famous piece: The Dying Swan. This parody of Folkine’s solo piece set to Le Cygne by Saint-Saëns is quite easy to find on YouTube and it is so very worth a watch. The tutu skirt sheds feathers throughout the dance and, when seen live, can cause bruised ribs from laughter.

Act III took on the Bolshoi Ballet’s Valpurgeyeva Noch, a literal bacchanalia with (male) fauns,  (female) nymphs and maidens, and a Pan and Bacchus vying for a Bacchante priestess. Again, unequal size pairings were used for comedic effect: fauns were petit, chasing taller voluptuous maidens. And the nymphs just ran around being beautiful. Competitive Tossing of the ingenue (Takaomi Yoshino) was handled capably by Bacchus (Haojun Xie) and Pan (Carlos Hopuy). (It was actually far more tame than it could have been, what with drag queens and all.)

Though the crowd was not as big as it should have been, it was still loud and appreciative. Curtain call brought them to their feet for a standing ovation. Then, an unexpected encore featuring a Mexican Hat Dance by pairs, with apparated sombreros. Here LBTdMC let fly a happy reminder of the troupe’s queer origins: hat-dancing couple pairings ranged male/female, male/male, and female/female. This created a joyous Love is Love tableau visual at the end of it all. And garnered a second standing ovation from the audience.

We didn’t know it then, but within the next 24 hours it would be announced that Broadway theatres in New York City will shutter until April 12th, LiveNation is halting arena tours, and major sports leagues would cancel their seasons -all to protect public health.

The evening spent with Les Ballet Trockadero might be the last live event many attend for quite a while. How fortunate that it was such a fantastic and uplifting show.  The next time the “Trocks” are in town – when it’s safe again to go in theatres- EVERYONE SHOULD GO SEE THEM!

And please, in the coming weeks, if you end up skipping a live show at a theatre or a concert at a small venue, consider donating your ticket cost to the venue rather than asking for a refund. Plummeting ticket sales and mass closures are going to take a hard toll on our local theatres, and their performers, crews, and staff — and their families.

Less than Jake at First Avenue

As the crowd started filling up the main room at First Avenue, Kash’d Out was serenading patrons with their laid back reggae sounds. For being the youngest act on this tour, these guys are more […]

A near capacity crowd filled the Myth last night the third stop of the Half God Half Devil Tour featuring Gemini Syndrome, Avatar, Motionless In White, and headliner In This Moment. Judging from the size […]

Recently, I had the chance to catch up with Minnesota rock legend Dave Pirner of Soul Asylum. The band will be playing with Three Doors Down and Collective Soul at the newly remodeled Armory on […]