The Super Smashed Turbo Tour made a stop at The Cabooze in Minneapolis on Wednesday night. It brought goblins, pirates and bears together in a sweaty mess of a mosh pit.

I’ve been a huge fan of pirate metal for a couple of years now. I love the music, love the crowd, and love the atmosphere. I have to admit, last night was my first goblin metal show and my first bear metal show but both are things I could find myself getting into.

Let’s start with the bear metal. There was really nothing to indicate that Aether Realm was a bear metal band (whatever that means) other than the bear head that was hanging from singer Vincent “Jake” Jones’ shoulder. That being said, when you’re on tour with a goblin metal and pirate metal band, I suppose you have to do something… right?

I didn’t care what bear metal was or if it was even a thing. What I cared about was this band. They came on stage and absolutely killed it. Their music was tight and concise while still having a fun element to it. The way they interacted with the crowd seemed to be genuine as they asked the audience to make the smallest devil horns with their hands as possible. There were jokes and it was fun but when you take all of that away, you are left with a super good group of musicians who know exactly what they’re doing.

Unfortunately, due to technical difficulties with the bagpipes of local act Auridius (who played right before Aether Realm), Aether Realm’s set was cut short and left me wanting so much more. So maybe I can’t quite tell you what made these guys “bear metal” but I can tell you that they are more than worth a listen!

So now that we’ve gotten the bears out of the way, let’s move onto the pirates.

Pirate metal is definitely a bigger subgenre than some people know. There are multiple bands out there including The Dreadcrew of Oddwood, Swashbuckle, and Trollfest. Out of all of them, Alestorm is definitely one of the biggest names in the pirate metal world.

Pirate metal is all about the attitude and music. The songs are mostly about drinking, ships and pirate-y things. Most pirate metal bands dress up in traditional pirate clothing and play the traditional instruments. I think that’s why I got so big into this scene. When you listen to Alestorm on recordings and see their music videos, this is what you get… a classic pirate feeling. When you see them live, that is nowhere near what you get but it definitely doesn’t chance the pirate metal sound.

Although Alestorm doesn’t use traditional instruments or even look like a pirate metal band, there’s no denying that it is the sound of pirate metal. The accordion and other traditional instrument sounds come from the keyboardist and keytar that the singer typically has hanging off of him. The look is very anti-pirate and last night the band seemed to be going for a bit of a beach bum theme complete with a giant blow-up rubber ducky in the middle of the stage. The look may not match the sound but the sound is what makes these guys special.

Last, but certainly not least, was Nekrogoblikon, the goblin metal band.

These guys definitely stole the show (although Aether Realm definitely gave them a run for their money). I really enjoyed the music but what I enjoyed more was the energy. These guys were straight up fun and, much like all of the other bands of the night, they sounded great while obviously having fun.

What makes these guys goblin metal (outside of the goblin-centric lyrics) is the fact that there was a dude dressed up as a goblin on stage but that is more than enough because, honestly, all eyes were on the goblin for majority of the show. He would run around the stage and mess with the band members and for one brief moment, he crowd surfed. It was entertaining and, even though it was hard to take your eyes off the goblin, it didn’t take away from the music.

The music of Nekorgoblikon was heavy but not too heavy. It was the type of music that just makes you light up and want to move around. Watching Scorpion, the singer, was almost just as fun as watching the goblin. He was having fun, smiling throughout the set, and just gave off this energy that made the set stand out much like Aether Realm.

Last night’s show was opened up by a couple of locals, all of which were amazing. Auridius stood out because of the bagpipes they had and the two vocalists, one female, one male. Unfortunately, their set started nearly a half hour late due technical issues which continued to plague the band throughout the set. There was definitely potential for this young band though and I look forward to seeing them again soon! Eternal Voyager is another band that I look forward to seeing again soon. Unfortunately, I only caught half of their set but what I caught was full of energy. 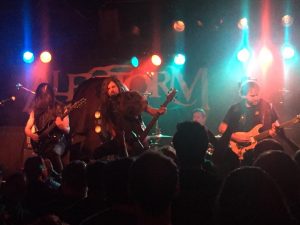 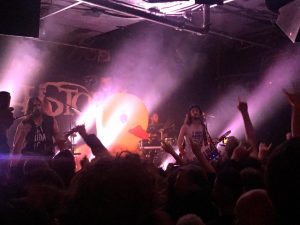 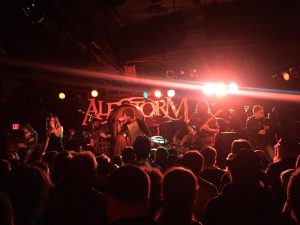 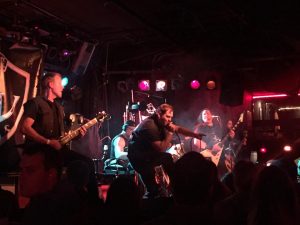 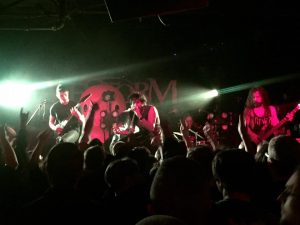 What do you get when you mix classic Steampunk attire and fast moving Irish music? You can really only get one result … The Langer’s Ball. With their home base in St. Paul Minnesota, The […]

I knew that, with the election, the world was changing around me and I had no control. Like majority of my generation, I felt lost. Sure, I could have gone to the bars with all […]

Chance The Rapper brought his “Be Encouraged” Tour to a massively sold out Xcel Energy Center last night. This show sold out in a matter of minutes after tickets went on sale, something not even […]