Seeing the Foo Fighters last night would have been amazing. They are a definitely a bucket list band for me that I would pay good money to see. They were in town last night but I wasn’t there. I will always wonder how amazing that show was and will always worry that that was my last chance (but hopefully it wasn’t) but nostalgia was calling me to the other side of town and I never miss that call.

I got to The Cabooze pretty much right at doors. With a advertised door time of 6 and start time of 6:30, I wanted to make sure I didn’t miss a single moment. I was a bit annoyed when 6:30 turn to 7:20 with still no music but it also helped the anticipation grow to an almost uncontrollable state. You could feel the excitement in the air as the crowd of like-minded nostalgia seekers started to grow. I loved looking at everyone’s t-shirts and hoodies and being reminded of all the great music that came out in the early 2000’s. From Thursday to Saves the Day, all of my favorite bands were sported on people’s clothing and it made me so happy. Finally, at 7:30 the opening band the Jeffertons took the stage.

I was instantly in love with these guys as they joked around for a solid ten minutes before jumping into one of their fast paced pop-punk songs. The banter between the band members was nothing short of hilarious. Joking about Fred Durst being the Don Henley of our generation and talking about the “hood” of Falcon Heights, I would almost be okay with just a comedy routine from this trio rather than a set. That being said, their music was the icing on the damn cake. Definitely in the vein of Dillinger 4 and other great pop-punk bands of years gone by, their music was fast, dirty, far from perfect yet hit the nail on the head. It was music that got your blood pumping and had you beyond excited for what was to come.

Although their set was super short and was definitely more talking and joking than playing songs, I fell head over heels for this group. Their musical style may have been super nostalgic but there was something new and modern about it. Their joke about having both Darkthrone and Mariah Carey (okay, I don’t know if he said Mariah Carey but it was some mega pop princess) on the same iPod and not thinking twice about it really spoke to me and their cover of Michelle Branch’s “A Thousand Miles” was catchier than I would like to admit. They may not be the most professional band I’ve ever seen (which they definitely admitted to what with their final words when leaving the stage being “An actual professional band is coming up next. Thank you!”) but they were definitely one of the most fun bands I’ve seen in awhile and were exactly what I needed to kick off my Thursday night show. 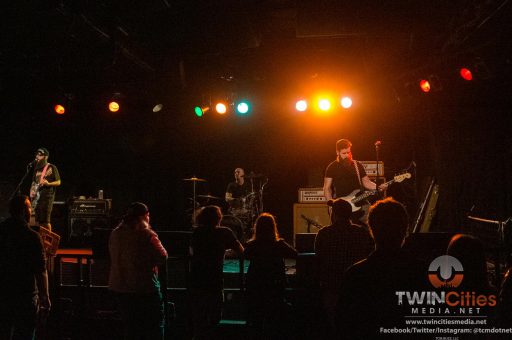 It’s really hard for me to believe that it’s been fifteen years since The Ataris’ album “So Long, Astoria” came out but I couldn’t have been happier to see them play the monumental album in full. There were no tricks or surprises. The band took the stage and instantly jumped into the thirteen song album that changed the lives of so many people. Although I still go back and listen to a couple of these songs every now and then, it’s been years since I’ve actually sat and listened to the entire album. That being said, from the first note of “So Long, Astoria” and until the final word of “Eight of Nine” I was singing along with tears in my eyes. I may or may not have let my guard down and let a tear roll down my cheek but I don’t think I was the only one in that boat. Singing along to the words that, even though you hadn’t heard in years, at one point meant absolutely everything to you is a super powerful experience and it’s hard to keep all of that in.

Singer Kris Roe sounded great. Obviously he can’t hit all of the notes that was once was able to but he modified the vocals to work for him while still keeping the integrity of the sound. Although it seems like every time I see The Ataris Kris has a new band behind him, the group he got together (including an ex-member of The Queers) is solid and perfect. Although a new group, there was a sense of camaraderie between the band members that was next to perfect. Sure there were some kinks that clearly need to be worked out (which is normal being that last night was the first night of this tour) but for the first show it couldn’t have gone much better.

The crowd wasn’t huge but it didn’t have to be. The people that were there were people that wanted to be there and people that had an emotional attachment to the band. It was kind of refreshing to be at a show where everyone around you was just standing there, singing at the top of their lungs, with a smile on their face. I think that last night’s show meant so much to the people there that movement wasn’t needed and probably couldn’t have happen. We were all so lost in a cloud of nostalgia and honestly that’s all any of us needed.

I’ll never know how amazing the Foo Fighters show was and I just hope to God I get another chance to see them perform. That being said, I wouldn’t have traded last night for anything. I may have been lost in a cloud of nostalgia and have been an emotional wreck but it was one of those shows that had me lost for words when it was all said and done.

G. Love & The Special Sauce Has The Cure For Stress

The second my friend and I stepped foot into First Avenue, I knew it was going to be an amazing night. We were a little late due to loosing track of time over some pizza […]