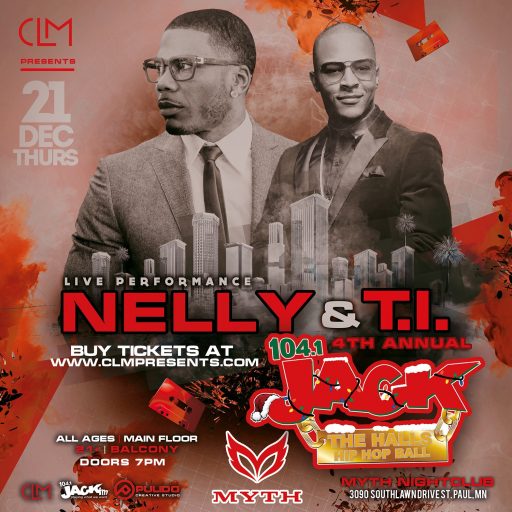 Nelly began his solo career in the year 2000, with his debut album “Country Grammar”. The album debuted at number three on the Billboard 200 and went on to peak at number one. “Country Grammar” is Nelly’s best-selling album to date, selling over 8.4 million copies in the United States His following album “Nellyville” was released in 2002, produced the number-one hits “Hot in Herre” and “Dilemma“. Other singles included “Work It”, “Air Force Ones”, “Pimp Juice” and “#1”.

With the same-day dual release of albums “Sweat” and “Suit” in 2004. Nelly continued to generate many chart-topping hits. Sweat debuted at number two on the US Billboard 200 chart, selling 342,000 copies in its first week. On the same week of release, Suit debuted at number one, selling around 396,000 copies in its first week on the same chart. Nelly’s fifth studio album, “Brass Knuckles”, was released on September 16, 2008. It produced the singles “Party People” (featuring Fergie), “Stepped on My J’z” (featuring Jermaine Dupri and Ciara) and “Body on Me” (featuring Akon and Ashanti). In 2010, Nelly released the album “5.0”. The lead single, “Just a Dream“, was certified triple platinum in the United States. It also included the singles “Move That Body” (featuring T-Pain and Akon) and “Gone” (a sequel to the 2002 single “Dilemma” in collaboration with Kelly Rowland). Nelly’s 7th studio album M.O. featuring guest appearances by Nicki Minaj, Pharrell,Future,TI, 2 CHainz,Florida Georgia Line and Daley.

American rapper T.I. from Atlanta, Georgia has released nine studio albums, one remix album, five extended plays (EPs), 13 mixtapes, 110 singles (including 61 as a featured artist) and 11 promotional singles. He has also released one music video album and over 60 music videos. Throughout his career, T.I.’s music has been released on several record labels, including Artista and Atlantic, as well as his own label imprint, Grand Hustle Records. T.I. has also served as an executive producer for several projects other than his own, including Big Kuntry King’s debut My Turn to Eat (2008), B.G.’s Too Hood 2 Be Hollywood (2009), B.o.B’s debut The Adventures of Bobby Ray (2010) and Iggy Azalea’s debut EP Glory (2012), as well as her debut album The New Classic (2014).

With all of the chart topping monster hits this will certainly not be a night to miss. Few tickets are available  so get your now before it sells out.