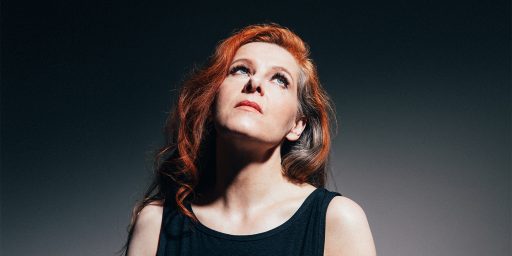 The past couple of years have seen a new and long overdue focus and appreciation for the work of female artists.  Singer songwriters like New Pornographers’ front woman Neko Case have played a major role in this movement.  After a 5 year hiatus from doing her own solo albums, Case is out with her latest solo release Hell On.

It isn’t as though she’s been on break.  The Pornographers have produced some great work in the interim.  She recently wrapped up a recording and tour with kindred spirits Laura Viers and Kd Lang.

Sometimes the music an artist records is simply a continuation of a formula.  Sometimes it is something deeper.  An expression of personal revelation or trauma.  That is certainly the case with Hell On.  On one hand Case made a deliberate decision to step outside her normal comfort zone.  To work with a new producer, musicians and in a studio, far way from home in Sweden.  Before she walked into the studio the phone rang as friends informed her that he house was on fire and it was likely to be fully consumed.  It began in a barn which held many of her possessions.  Everything was lost with the exception of her dogs which friends fortunately were able to rescue.  Instead of immediately coming home she went into the studio and poured much of that emotion and experience into the recording process.

Case is reflective about the loss and applies a perspective which is the hallmark of those who survive.  She decided that if your home was torched by an arsonist, it was a tragedy.  If it was consumed by Mother Nature, it was simply the way of the world.  Compared to hurricane victims trying to recover in Houston or Puerto Rico she had lost only possessions.  She’d not lost everything.  Especially her spirit.

Expect a night of intelligent, self revealing lyrics paired with beautiful melodies and quick wit, all supported by a big band of accomplished musicians.

Opening for Neko Case is San Francisco based Thao Nguyen of Thao & The Get Down Stay Down, another Current stalwart.  Thao is touring in support of her fourth studio release A Man Alive.