Well guys, I didn’t quite hit my goal of 300 shows but I got damn close and, assuming all goes as planned, will have reached around 265 by the time I ring in the new year. I was so excited about about getting so close to my goal until my editor asked me to pick out my top five sets of the year. Not the top five shows (another that wouldn’t have been any easier) but the top five sets out of the nearly 2000 sets I saw this year. Needless to say, I’ve been wracking my brain trying to remember the best of the best from this year and I think I’ve gotten it nailed down and, in no particular order, here are my top five sets of the year:

Fever 333 at The Armory– Yeah, yeah, no surprise that these guys landed on my list. It seems like everyone is talking about them and their live show but there’s a reason. I’ve been to many shows at The Armory now but The Fever 333’s singer Jason Butler (of Letlive fame) was the first band member I’ve ever seen literally climb the walls of the venue and perform while hanging from the balcony. The energy was electric to say the least and music was on point. Definitely a stand out set of the year from a stand out band of the year. 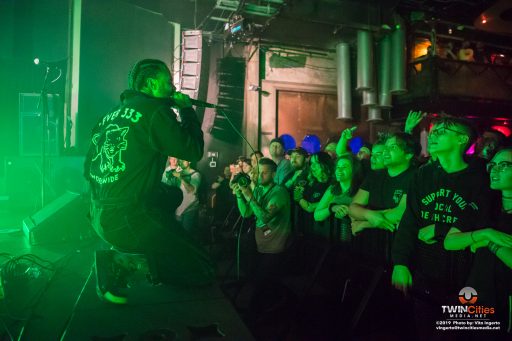 Channel Tres at First Avenue– He was just an opener when I walked into the show but I left with an obsession. Channel Tres is a rapper that has an edge but is also an indie musician with a sense of creativity that refuses to be ignored. His live show was playful powerful and although I was there to see the headlining act, Channel Tres stole the show and I honestly remember nothing about the headliner. Keep an eye on this guy. Seriously. 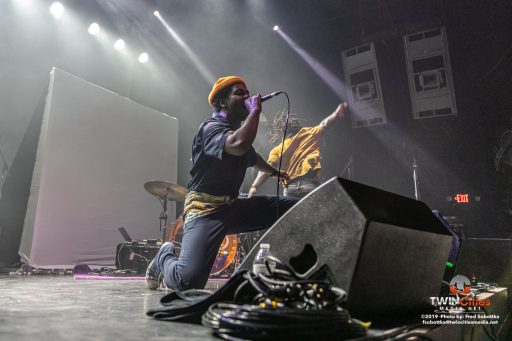 Tom Morello at The Varsity– Again, no surprise here. Tom Morello is a God and being able to see him up close was definitely a dream come true. I promise he’s not only on this list because of his reputation– Tom seriously have an amazing live show. It had the expected political punches that one would expect from a Tom Morello show but also had a sense of community and family that I think caught me off guard a little bit. I was absolutely captivated by not only the videos playing on the screen that hung from the back of the stage, but also by Tom as he performed from right in the middle of the crowd before moving to the stage. 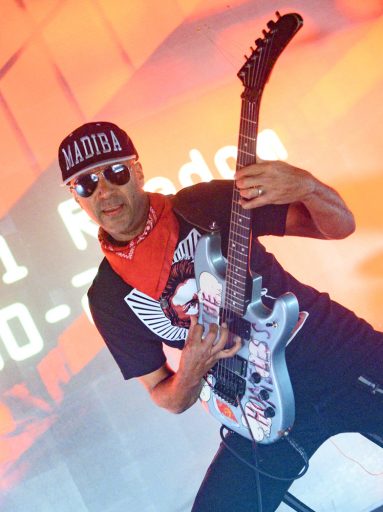 Avatar at The Myth– My friends will probably hate me for putting these guys on my list but they had one of the best sets I saw this year. Theatrical and completely over the top, Avatar took me into a fantasy world of a broken down and possessed carnival theme even though I found myself all of the way in the back of the venue. Their sound was completely unlike anything else I have ever heard and their live show seriously left me speechless. This is a band I would drop everything and anything to see live again. 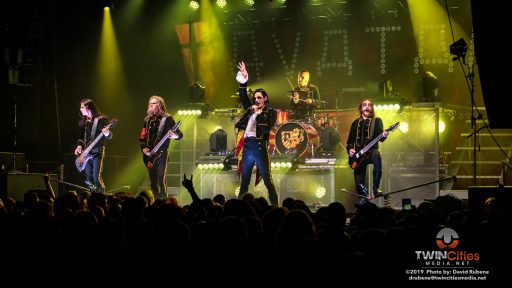 Nur-D at First Avenue– This final spot was originally for Angels & Airwaves at First Avenue but Nur-D came in last minute at a show on Thursday, December 19th and changed everything. This local rapper had me at hello and I was enamored by his performance and captivated by his personality. His entire set had me smiling from ear to ear to the point of pain. It was fun, fresh, innovative and yet somehow beyond comforting due to the real life lyrics. I had never heard of this guy prior to that fateful Thursday night but it’s a name that I won’t forget. 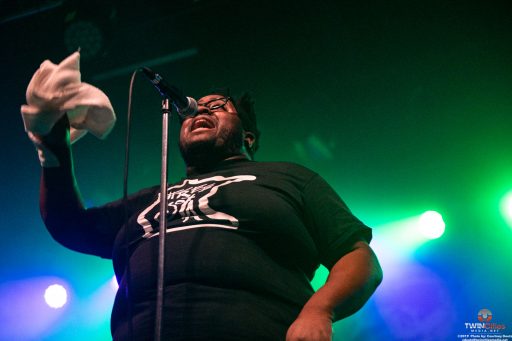 I thought about adding honorable mentions here but honestly that list would never end. There were only a couple of acts I didn’t like and even those I could mention in a positive light due to something they brought to the table. Sure, I didn’t hit 300 shows this year but there’s always next year!

Here’s to another year full of happiness and good concerts for us all. Hope to see you out at a show!